We resume our Area in Focus series today by turning our attention to Europe and its athletes over the next five days. First up, a feature on Czech decathlon star Adam Sebastian Helcelet.

“When I was a kid,” Adam Sebastian Helcelet recalls, “Czech Republic had the greatest decathletes in the world. I watched them with my father. He said ‘You are coordinated. You can feel your body, and I guess that you’re going to be a big guy. You should try it.’”

He did. And his story would quickly become intertwined with those of the great Czech decathletes, surviving the brutal Czech school of decathlon, spreading his passion for combined events, and navigating the curious moment in history that is 2020.

Instead of preparing for his first competition of the summer, in the spring of 2020 the 2016 European silver medallist found himself in the countryside, working with gymnastic rings in a barn, running in the forest, and training while his daughter played in the garden. His training facility in Prague had remained open during the coronavirus restrictions, but the absence of a championships brought the opportunity for a change of scene. “We have time,” he explains, “and so I am working on everything I missed before.”

Helcelet missed most of 2018 and 2019 with injury. Having noticed that injuries arose when he had problems with his upper body, he started working with a coach from the Czech Strength Training Academy (STACA) who used the principles of the late strength coach Charles Poliquin to get to the bottom of Helcelet’s problems.

“I was interested because I know Kevin Mayer’s coaches have used this approach,” he explains. “We started to cooperate, and now I am much stronger, and I feel great again. Everything feels much easier. I’m still dreaming about an Olympic medal. I know I can do it.”

The break provided Helcelet with precious time to master the new strength techniques. It also gave him more time to spend on his other passion, history.

“I love history,” he enthuses. “I want to be able to escape from athletics to a different sphere. I actually studied modern history and politics. My family has a rich history in the Czech Republic - we have two streets in the towns of Brno and Olomuoc.”

“In 2018 our country celebrated 100 years as a republic, so I wanted to grow my moustache like they wore at that time. My friends hated it, so I love it!” grins the international man of history, from behind his magnificent handlebar moustache.

Helcelet’s passion for history extends to the history of his own event. In 2019 he and his training partners launched Decathlonpedia.com to create a resource for young athletes to learn about the history, science and lifestyle associated with decathlon, and discover the stories of the greatest athletes in the world.

“Decathlon is an awesome event. It teaches you everything - to be a hard worker, patience, coordination, responsibility and how to understand your body. We need to show fans what decathlon is about.”

The Czech names introduced to the youngster by his father were not just the greatest in the world, but among the greatest of all time. In 1992, the year after Helcelet was born, Robert Změlík won the former Czechoslovakia’s first Olympic decathlon title in Barcelona. Between 1996 and 2007, as Helcelet made his first foray into athletics, he witnessed Czech decathletes on the podium at every Olympic Games and World Championships.

Those decathletes were three-times world champion Tomáš Dvořák and 2004 Olympic champion Roman Šebrle. Dvořák was the last man to hold a world record beginning with the number eight, scoring 8994 points in 1999, and his successor Šebrle the first to exceed 9000 points, with his 9026 tally in Götzis in 2001.

His father’s instinct was correct and when he was 16, Helcelet moved to Prague to train with Dvořák.

“Tomáš was a really good coach, one of the best,” he remembers. “The Czech school of decathlon is hard to survive, but if you survive it, you will be the best.”

Seeking his own place in history

Dvořák guided Helcelet until 2012, when he was competing with Šebrle for the single place on the Czech Olympic team. Despite carrying an injury Šebrle was selected for London but withdrew after the 100m. At home, imagining what might have been, Helcelet decided to make a change to avoid leaving selection to chance. “Rio was my hope, and I didn’t want to spoil it again.”

The best fit proved to be with Josef Karas, himself a 7922-point decathlete. As he approached the Olympics in 2016, Helcelet collected his first major senior medal, silver at the European Championships in Amsterdam.

“At the Europeans, I actually wasn’t in good shape. I had problems with my Achilles,” he explains, “so I treated it as training for the Olympics. I didn’t expect a medal, and in the end, it was the most important competition of my career.”

Success at the Europeans meant that Helcelet was confident going into the Olympic Games in Rio.

“I was happy with my 12th place in Rio, and I scored a PB of 8291 points.” The following year Helcelet secured his place in Czech decathlon history, improving his PB to 8335 points in Götzis, moving to fifth on his country’s all-time list.

After that high point, two years of illness and injury followed, and Helcelet increasingly drew on his life away from athletics to retain perspective.

“2018 and 2019 were stressful, but retrospectively I am glad that I had years like that. More time to rest, and to find something new in my training. And those years made me happy in a different way. My daughter was born, and I finished my degree.”

In 2015, Helcelet started dating Denisa Rosolová, the 2011 European indoor 400m champion, after they competed together at the European Indoor Championships in Prague.

“At first it was hard for my ego, because Denisa was a better athlete with a European title! But I am happy that I have a former athlete as my wife because she knows how hard it is. She knows what I need to do as a professional athlete.”

The pair married in 2019. Their wedding was like a scene from a Czech folk tale, set in a meadow with forest and lakes in the background; Rosolová in a lace dress with flowers in her hair and Helcelet in straw Panama, bow tie and braces.

“Our wedding was incredible. Exactly as we wanted it, in nature. Our first dance was in the rain, and I sang songs with the band – it was perfect,” Helcelet recalls.

Their engagement was also memorable. During the televised Czech Athlete of the Year awards in 2017, Helcelet went down on one knee on stage and asked her to marry him. “I wanted something special for her,” he said. “I knew the TV organisers, so I fixed it with them. No one knew, not even my parents.”

For an athlete that prepares meticulously for every event, such a public proposal might have been a risky strategy. But there was a little secret that gave Helcelet the confidence that Rosolová would say “yes”. Their daughter Evelin was already on the way.

“Many people said that I would be done with decathlon, with a baby,” Adam says, “but now I no longer train just for myself. I also train for my family. It has taught me responsibility and motivation like nothing else in life.” 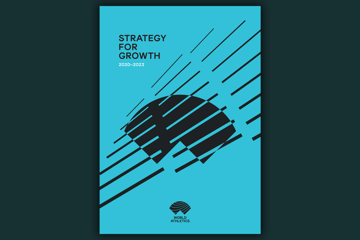 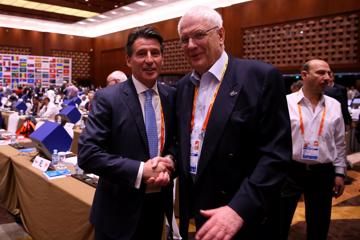 Coe pays tribute to 'a unique spirit and stea...