While half of the world is starting to ease their way out of lockdown, most countries in Africa are still awaiting the green light from their governments to resume normal day-to-day activities. For thousands of athletes on the continent, that means being able to return to training facilities and competitions.

Hamad Kalkaba Malboum, president of the African Athletics Confederation (CAA), says the Covid-19 pandemic has had a significant impact on the sport in Africa.

“During this pandemic, like the rest of the world, all activities were stopped under country restrictions,” he says. “The only exception was Togo, where our AADC (African Area Development Centres) athletes have been able to keep on training as they were all living inside the centre at the Kégué National Stadium.

“In some countries, such as Mauritius, athletes were able to resume training on 1 July. There are several expatriate athletes across our various training centres, but they’ve been able to go back home before returning in September to resume training when the athletics season restarts.

“In other countries, most athletes have been able to train at home, and some with their personal coach. But our main advice to all member federations was to respect the decisions of their governments to protect their health.”

In practical terms, it has meant that the large groups of elite endurance athletes in Kenya and Ethiopia, for example, have been unable to operate as normal. Instead of training as a big squad, most have had to find ways of working in much smaller groups. That’s just the elite end of the sport, too; similar challenges filter right down to the grassroots level.

And it’s not just training arrangements that have been affected. As has been the case in many other countries around the world, competitions have been cancelled and earning opportunities for athletes have been significantly reduced.

The CAA has had to postpone two continental championships and they’re still working with World Athletics and Athletics Kenya to find new dates for the World U20 Championships in Nairobi.

The Kip Keino Classic, a World Athletics Continental Tour Gold meeting, is set to take place in Nairobi on 26 September, and for many of the athletes involved it may be their only competition of 2020. But after a challenging start to the year, it will also offer a glimmer of hope for the African athletes who have one eye on qualifying for the Olympic Games next year.

“In 2021 the main focus for our top athletes will be on preparing and qualifying for the Olympics, although at this moment the calendar for next year is looking quite poor,” says Kalkaba Malboum. “In recent weeks we’ve seen athletes in Europe return to competitions and training facilities, so hopefully it won’t be long before governments in Africa make similar decisions that will allow our athletes to do the same.”

With livelihoods severely affected by the pandemic, the CAA has set about trying to secure additional funding for Africa’s top athletes.

“For our top athletes, it has been very difficult for them to make a living,” he says. “Several athletes thankfully benefitted from the fund set up by World Athletics. The CAA is also working to implement a permanent sport support fund in the event that we face a pandemic again in the future, so we have made a proposal to the African Union and ANOAA (Association of National Olympic Academies of Africa) to ensure that our sport is not jeopardised if such disasters occur again.”

As has been the case with other area associations, the CAA has adapted their way of working in recent months, and the increased use of technology has featured heavily.

“Our latest Council Meeting was held as a video conference, with the support of World Athletics, and this initiative has been very much appreciated,” says Kalkaba Malboum. “In addition, webinars and online courses have been organised at various national training centres, including Nairobi, Dakar and Cairo. Some courses, however, require face-to-face training, but we hope to implement these by end of the year.

“Journalists from francophone Africa initiated a forum to which leaders, coaches and athletes were invited, including sprinter Marie Josee Ta Lou, triple jumper Hugues Fabrice Zango, heptathlete Odile Ahouanwanou and Ivorian coach Anthony Koffi. They shared opinions about the status of our sport during this pandemic and exchanged ideas.”

Coach Anthony Koffi from Ivory Coast, is renowned for his exemplary dedication to the African continent, and that effect has trickled down to some of his athletes like Marie Josee Ta Lou, who got injured while competing at the 2019 African Games, when she could have easily stayed away to prepare for the 2019 World Championships in Doha. "You know when you are an African, you must have an Education, you must respect yourself, you must respect your country, and you must respect your continent. If all African great athletes don't try, don't make competitions (by staying away from Championships) to save our flag, nobody can do it for us," Coach Koffi said. "It's our philosophy in my training group. Yourself, your country and your continent. It's why Ta Lou took a risk to run at the African Games in Rabat. Just after Rabat we had a few weeks before Doha, but we made a choice to save our flag first, before Ta Lou can make herself proud. "I work with Ta Lou: like a father, like a friend, like a coach and like all. She can change a coach when she wants. My philosophy is African-family relationship. John Smith once asked me what my secret is. I told him that I have an American training coaching course. Secondly, I have African qualities. "

It may be a while until Africa – and, indeed, the rest of the world – has fully recovered from the impacts of the Covid-19 pandemic, but Kalkaba Malboum is determined to implement measures to ensure athletics in the continent is prepared for any eventualities.

“During this pandemic we’ve learned that we need to put in place a strategy in case we face another similar situation in future,” he says. “Such a strategy should include advice from scientists about how athletes can continue to train in the event of lockdown. We also need to find means of guaranteeing and maintaining commitments with sponsors and host countries in case of a force majeure.” 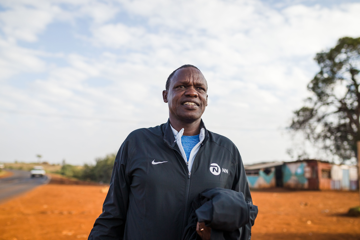 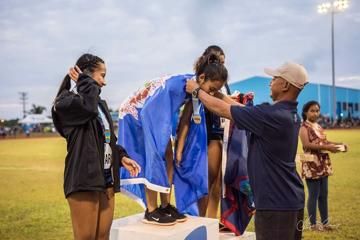 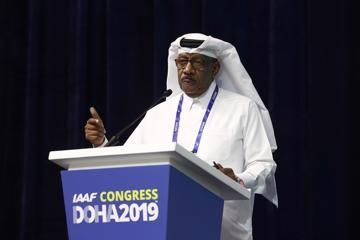 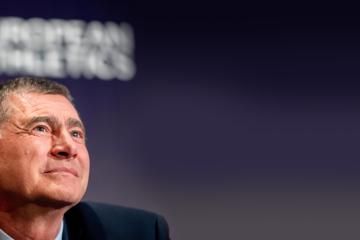