Today marks the 32nd anniversary of Grete Waitz’s historic ninth victory at the New York City Marathon. We take a look at the significance of the moment which may never be surpassed.

Perhaps no athlete in history is better associated with one race than Grete Waitz. During an unprecedented period of success the Norwegian distance running phenomenon scaled the peak of New York City Marathon glory an astonishing nine times between 1978 and 1988.

Yet of all those many highly acclaimed autumnal days in the Big Apple, it was the ninth and final of these victories in the face of adversity which was the most celebrated.

A stress fracture of her right foot the previous summer had caused her to abandon attempts to compete at the 1987 race which was to end her pursuit of a sixth straight win.

Her injury issues stubbornly remained the following year. An ongoing knee issue hampered her preparation and although victory in the Stockholm Marathon ensured she won selection for the 1988 Olympics, just one month out from the Seoul Games, Waitz underwent arthroscopic surgery in an effort to fix the injury.

The Olympic marathon in the South Korean capital was to prove hugely disappointing for the Norwegian.

Well short of peak fitness she quit the race at 18 miles, her dreams of winning Olympic gold in tatters.

Yet the Oslo-born former geography teacher was determined to end her season on a high and just over one month after her Seoul sorrow she returned to New York in pursuit of title number nine.

The race was billed as a showdown between her and the American darling and 1984 Olympic champion Joan Benoit- Samuelson, who was making her first marathon appearance for three years having had time away due to childbirth and injury issues of her own.

However, many questioned Waitz and whether at the age of 35 she could once again discover her best form to triumph on the streets of New York.

Success as a teen

The Norwegian had first emerged on the endurance scene as a prodigiously talented teenager. At 17 she ran a European junior 1500m record and the following year she competed in the 1500m (the maximum distance women could then run) at the 1972 Munich Olympics, where she exited in the heats.

In 1974 the Norwegian with the long, flowing pigtails snared 1500m bronze at the European Championships and the following year she smashed the world 3000m record in Oslo with 8:46.6 – a mark she was to lower once again the following year.

In 1977 she secured 3000m victory at the World Cup in Dusseldorf while in 1978 she claimed her first of five world cross country titles and also added 3000m bronze in Prague at the European Championships.

Waitz had considered retirement but an unlikely offer to compete at the New York City Marathon later that year from race director Fred Lebow was to change the entire direction of her career. The Norwegian had never run beyond 12 miles before and Lebow saw her as making more of an impact as “a rabbit” on her marathon debut.

Waitz, under the encouragement of her coach and husband, Jack, who viewed the adventure to New York City as the opportunity to enjoy a “second honeymoon”, agreed and so she flew across the Atlantic to compete.

In “honeymoon mode” the pair celebrated the night before the race by dining at a fancy Manhattan restaurant consuming shrimp cocktail, filet mignon, ice cream and red wine – hardly textbook preparation for an elite marathoner.

Despite the far from orthodox pre-race meal, Waitz showed her class by taking control of the race and racking up a sizeable lead. However, given her total lack of experience over the distance, understandably, the race became a grind.

“I continued running strong,” she later commented, “but having no idea what mile I was on or where this place called Central Park was, I began to get annoyed and frustrated. Every time I saw a patch of trees, I thought, ‘Oh, this must be Central Park,’ but no. To keep motivated I started swearing at my husband for getting me into this mess in the first place.”

On finishing the race she hurled her shoes at her husband’s head. However, she had not only won the race by more than a nine-minute margin, she had done so in a new world record time of 2:32:29.8.

Once her anger subsided, and curious as to how she would fare running a marathon with more adequate preparation, she returned to defend her crown in 1979.

She duly claimed back-to-back NYC titles and did so by lowering her world record with a time of 2:27:32.6 to become the first woman in history to run a sub-2:30 marathon.

The following year she completed a hat-trick of New York City Marathon successes and did so by running a third successive world record of 2:25:41.3 – a performance which went some way towards easing the pain she had felt after her government opted to boycott the Moscow Olympics earlier that summer.

Waitz failed to finish in the 1981 edition won by New Zealand’s Allison Roe, however, she went on to claim five successive wins New York wins between 1982-1986. This was a golden period for the Norwegian, who in 1983 lowered her world record with a 2:25:28.7 victory at the London Marathon and also claimed the inaugural world marathon title in Helsinki.

The following year in Los Angeles she claimed silver behind Joan Benoit-Samuelson at the first ever women’s Olympic marathon and in 1986 claimed a second London Marathon in a PB of 2:24:54.

But after missing the 1987 event through injury the question remained; did she still have the ability to claim New York title number nine at the age of 35 in 1988?

We should never have doubted the queen of New York City.

For the first half of the race she was locked in a tight tussle with Samuelson and Italy’s Laura Fogli but as the trio passed Pulaski Bridge into Queens, at the halfway point of the race, Waitz assumed control and gradually pulled away. At 14 miles Samuelson made a quick pit-stop to ease stomach distress and lost a further 30 seconds.

Samuelson, who had endured an incident-packed race which also involved colliding with a child at mile 21, came home third in 2:32:40 but graciously admitted, “I would never have caught Grete anyway.”

This was Waitz’s ninth and final victory in the New York City Marathon – and some 32 years on she remains the most successful athlete in history - man or woman - in Marathon Major events with 12 victories, nine in New York, two in London and a world title. She retired from competitive running in 1990 having won 13 out of 20 career marathons.

Earlier in her career she had set up the 5km Grete Waitz Run in Oslo and in retirement focused her efforts on becoming a champion of women’s sport.

There is little doubt her name will be forever connected with the New York City Marathon. However, perhaps beyond that her legacy extends to the incalculable impact she had on women’s sport.

In 1978 just 938 of the 8937 entrants were women but Waitz and her many and varied successes in New York were the catalyst for change.

There is little doubting the legacy of the “First Lady of the Marathon” who thanks to her unmatchable record helped usher in a new era for women’s marathoning. 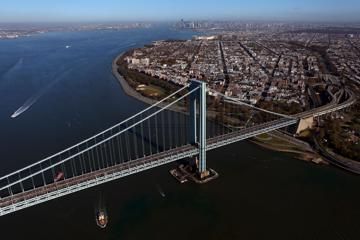 Celebrating the New York City Marathon, on it...