After smashing through the four-minute barrier, Ingebrigtsen serves notice

Jakob Ingebrigtsen at the 2017 Prefontaine Classic in Eugene (© Victah Sailer)

As he entered the back straight for the final time, with 45 seconds of agony between him and athletics history, 16-year-old Jakob Ingebrigtsen had one thought on his mind.

“I’m doing it now,” he recalls thinking. “I stayed positive and said to myself: ‘I can do it.’”

It was Saturday afternoon at the IAAF Diamond League meeting in Eugene, and after passing 800m in 1:59 and 1200m in 2:59, the Norwegian teenager knew something special was on the cards. Despite running alone for the final lap, he battled to the finish in 11th place, his time of 3:58.07 a world age-16 best in the mile.

It made him the youngest athlete ever to break four minutes, and the first to do so at the age of 16.

The first man to accomplish the feat, Roger Bannister, once described his body feeling like “an exploding flashbulb” when he crossed the line on that historic evening in May 1954.

“It was as if all my limbs were caught in an ever-tightening vice,” Bannister said. “I existed in the most passive physical state without being quite unconscious.”

Sure enough, as Ingebrigtsen was taking in the weight of his achievement on Saturday, his body began to feel the full brunt of the exertion.

Shortly after walking off the track, he reached for one of the well-placed bins at Hayward Field, then vomited for several minutes before he was able to face the media.

When he finally got the chance to reflect, delirium gave way to delight.

“It feels amazing,” he said. “I felt really strong, ran with really good tactics, stayed at a stable pace and had a good finish. I felt strong this week and knew I would run fast.”

It’s what he’s done for years, ever since he followed the lead of older brothers Filip and Henrik and became a middle distance runner at the age of 10.

Both Henrik, 26, and Filip, 24, have already won European titles at 1500m, and their young brother appears to have the same potential, if not more.

With such talent in the family, it’s perhaps surprising to learn that the Ingebrigtsen parents have no background in athletics.

“They were fishermen and farmers,” says Henrik. “We got involved by chance.”

Soon after his sons took up the sport, however, their father, Gjert, quickly realised their potential. Though he had no coaching qualification, he amassed every drop of knowledge he could, and he is still their coach today.

“He learned as we went along,” says Henrik. “He’s a smart guy and he read all the books and talked to all the right people. Together we tried some things, failed a couple of times, then went back to what worked and started to build on that.”

Inspired by the feats of his brothers, an eight-year-old Jakob set a goal to eventually become as good as them.

“I said to myself: ‘I also want to do that,’” he says. “I always trained at the same place as them but we have been working out together for about three seasons now.”

In the early days, Jakob combined cross-country skiing and football with athletics, though he soon dropped those for reasons best explained by his brother.

“He was useless!” says Henrik. “Jakob is born to run, simple as that – nothing else.”

For some, having older brothers like Henrik and Fillip could prove a burden, with all the expectation it can place on a younger sibling, but Jakob sees it as an advantage. Not only does he have two world class training partners, but he has experienced mentors who can help him steer the right path to senior success.

“The biggest thing I’ve learned from them is the mindset,” says Jakob. “You always have to go hard and believe in yourself – push until the last metres.”

Given that he’s running times no 16-year-old has, it’s no surprise to learn that Jakob trains more than most of his peers. This year he upped his workload to as much as 80-85 miles a week, running twice a day most days, with a specific focus on threshold training to build the aerobic engine needed to succeed at the highest level.

Last December the benefits were there for all to see in Chia, Italy, when Ingebrigtsen won the junior race at the European Cross Country Championships, handing athletes many years his senior a comprehensive defeat.

After that his training was derailed by a bout of mononucleosis, and even when that was put behind him a bout of flu left him well off his best during the indoor season. However, after stringing together a period of healthy training he’s now in prime shape ahead of the summer.

“We’re competitive; in every workout, every training, every competition”

For Henrik, the key for his younger brother will be to avoid the mistakes that many eager teenage athletes make.

“His starting point is better than me and Filip because we have made some mistakes and he can learn from them,” he says. “It’s more about controlling the intensity. If you stop doing mileage in the beginning of May and just do track sessions and speed work, then when it comes to the championships in August, you have no energy, no endurance.”

For the past six weeks, the three brothers have been on a training camp in Flagstaff, Arizona, an arrangement that can occasionally become claustrophobic, and indeed competitive.

“We’ve been sharing rooms and eating every meal together so I’m starting to get really sick of him,” says Henrik with a laugh. “Jakob probably feels the same way. We’re competitive; in every workout, every training, every competition, it’s always a winner and a loser – always.”

On Saturday, however, all three left Hayward Field feeling content. Filip finished eighth in the Bowerman mile in 3:53.23, Henrik third in the invitational mile in 3:53.79, and Jakob, for the first time ever, wasn’t all that far behind him with 3:58.07.

While his older brothers will target the IAAF World Championships London 2017, Jakob has his sights on July’s European Junior Championships in Grosseto, Italy.

Next up, however, is the IAAF Diamond League meeting in Oslo on 15 June, where all three brothers will toe the line for the Dream Mile.

And Jakob, with that matter-of-fact confidence you tend to find in 16-year-olds, has a bold prediction for the race: “I’m going to run faster there.” 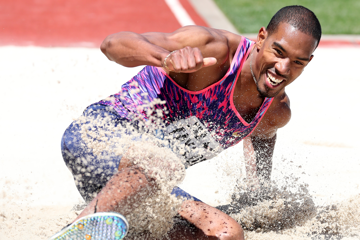 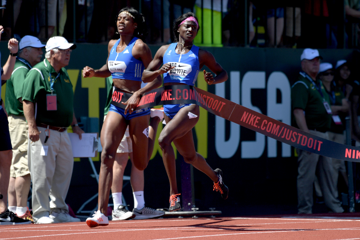