As Kevin Young prepares to watch the men’s 400m hurdles final tomorrow (30) night, he does so knowing that his days as the world record holder in the event are numbered. And after carrying that honour for more than 27 years, he’s excited about the prospect.

“Never in the history of the event have there been three hurdlers at one time who have all run under 47.2,” Young said on the morning of Zurich’s IAAF Diamond League final last month.

He didn’t know then that less than 12 hours later his point would be underscored by Karsten Warholm and Rai Benjamin after they joined Abderrahman Samba as members of the sub-47 club in the wake of one of the season’s most spectacular showdowns. Warholm defeated Benjamin by 0.06 in 46.92 in a race that doubled to four the number of hurdlers who have smashed through the 47-second barrier. Three will be lining up in Khalifa Stadium in tomorrow night’s final.

“That’s the story,” Young said. “You have three hurdlers who haven’t reached their pinnacle. That’s the beauty of this event right now.”

Indeed, Young points out, the only component that’s missing for the youthful trio -- Benjamin is 22, Warholm 23 and Samba just turned 24-- is experience.

Young said he spent much of his early career experimenting with a variety of approaches, running 13 strides between hurdles, sometimes 12, sometimes even 11. He studied Edwin Moses, whom he refers to as “the master” and a “well-oiled machine”.

“For many years I tried going 13 steps, and floundered. I tried it during the national championships in 1986 and ended up going 11 steps at one of the hurdles. All through my last collegiate season I was going 12 steps and chopping and trying to figure the race out. I just couldn’t get it together. But then I finally did.”

Young was 25 when he sped a seemingly impossible 46.78 to secure the 1992 Olympic gold medal, and his place in athletics’ history. He smashed the previous world record, Moses’ fourth by a massive 0.24 seconds. That could only come, he said, after a long period of studying the discipline, learning how to race the event and gaining experience.

“I was talking with Rai (Benjamin) and Karston (Warholm) and I asked, ‘how old are you guys? And they’re 22, 23 years old. I think, ‘Wow! Man!’ You guys are still developing, you guys will probably break it a few times.”

The world record’s ‘X factor’, as Young calls it, lies in the hurdler’s ability to control their speed.

“That is the holy grail of the event. It’s called speed maintenance. I know personally, when you get to that 200-metre phase you start opening up and you want to run fast. It’s the natural thing to do coming off that turn. But that’s when you want to be mindful and monitor your speed.”

That’s showing in the latter phases of the current big three’s races.

“They’re going 13 (steps) at least to (hurdle) nine. But they haven’t been able to negotiate that last hurdle. With fatigue and great competitors, that’s going to happen.”

His advice on how to correct that? Take full advantage of this historical moment in time and race each other. Often.

“If I was Samba, and Rai and Warholm, I would constantly want to race with one another. Just so we could see who would be first to break the record. And secondly, then let’s see who can break it a little bit more. Edwin (Moses) held the record from 1976 to 1992. And broke it several times in between. Can you imagine with the three guys now? We have that luxury.

“It’s just a matter of date and time,” he concludes. “You’ve got to get competitors to line up. You never know what’s going to happen once you get guys out there and running.”

Young has remained a hardcore fan of the sport, lean and athletic at 53. At the moment, his focus has shifted towards his Master’s studies in Sports and Ethics, which he began this month at Swansea University in Wales. But this week, his eyes will be even more closely trained on what many consider the premiere event at this year’s World Championships, and the world record possibilities the race presents. He seems content, happy even, with those possibilities.

“I’ve seen that record get broken a few times in my head - thank god it hasn’t gotten broken yet! And when it is, I’ll look at the time in which I’ve held the world record, and I’m comfortable with the time period.”

BACK
Pages related to this articleAthletes
Kevin Young 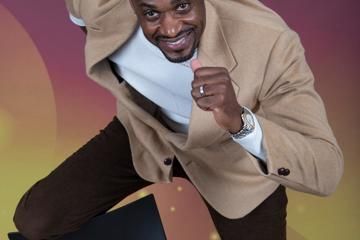