The impact of the coronavirus has been immense around the world and athletes in the North America and the Caribbean have not been immune to that. However, their motivation remains high as many continue to train despite the challenges with their Olympic dreams in mind.

Costa Rica’s Andrea Carolina Vargas, who finished fifth in the 100m hurdles at last year’s World Championships in a national record of 12.64, has been training in Portland, Oregon, since October. The Pan American Games champion moved with her husband, who is working for Intel, and their five-year-old daughter.

“I have not stepped on the track since late March,” said the 24-year-old. “Where I live, there is a quiet road nearby with a slight hill and that’s where I train. I have also placed hurdles and done some drills to keep my skills. I have purchased a set of weights and do the strength portion at home.”

“This new reality makes it more important to have a family and support each other. I have also used my spare time to teach my daughter before she joins school in September. I also spend time cooking, baking and learning English.

“Moving to a new place and then being hit by this pandemic can be challenging as I do not have my family nearby, but we find support in the Costa Rican community in Portland,” she added. “It makes me appreciate the new environment but also appreciate what we have at home, especially coffee.”

El Salvador’s Pablo Ibanez, the national record-holder in the 400m hurdles, has also had support from family members.

“I have not stepped on a track since the pandemic started in March,” he said. “I am training at home and have plenty of motivation as my three other (younger) siblings do athletics as well.” Younger brother Esteban is the Pan-American U20 decathlon bronze medallist, while sister Gabriela and brother Samuel also compete in combined events.

The Ibanez family acquired a set of weights to work and he hopes to compete again this year, perhaps at the National Championships in December. In the meantime, he has completed his third year of law studies online at the National University.

“I miss seeing my fellow athletes and coach from the Club Atletico San Jatt,” he said. “I have only seen her twice in person, but we remain in touch via Zoom.”

World University Games 400m champion Paola Moran has been able to train on the track three times a week in Guadalajara since March, despite the pandemic. The facility is now open every day to elite athletes.

“I haven’t seen my coach in person since then,” says the Pan-American Games silver medallist. “As an older person, he has not been granted access to the track to protect his health. 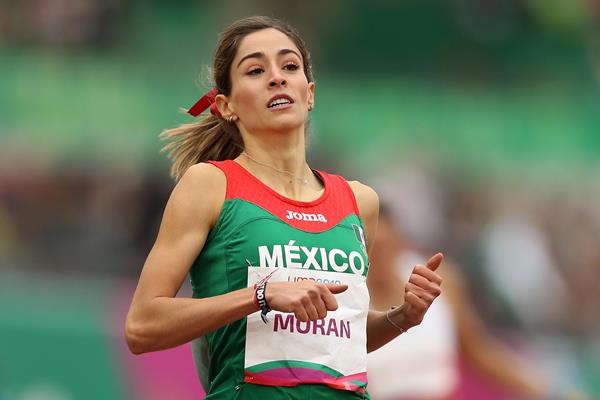 “When the (Olympic) Games were postponed, I lost a sense of not having a goal in mind. But then I internalised the benefits of having an extra year to prepare.  Last year was a big one for me. I am highly motivated to run at the Olympic Games and I have been working with a sports psychologist to help me achieve my goals.

“This new Covid reality has taught me to appreciate what’s really important in life and prioritise that: health and family.”

Compatriot Fernando Arodi Vega, who holds the Mexican 400m hurdles record, hasn’t trained on a track for four months. He managed to compete twice at two local meets before athletics activity shut down in his country.

“We are obviously all impacted by this, but my goal is to keep working,” said Vega, who is based in Monterrey, where he studies engineering. “You have two options: complain and do nothing, or complain and do something. I chose the latter. I have been training at home, on concrete and grass at home in Culiacan and been in virtual contact with my coach.

“I spend little time with my family in a regular year due to my commitments at university and with sports. Apart from Christmas, I only saw them two days in 2018. But I am now enjoying more time with them and taking online courses such as finances and programming.”

Last year, Vega broke the Mexican 400m hurdles record that had stood for more than 30 years, finishing fifth at the World University Games in 49.32. “My results in 2019 prove that we can achieve big things in Mexico,” he says. “Other young people in my country can dream of reaching high when they see a fellow Mexican on the world stage.”

Yancarlos Martinez of the Dominican Republic was in Cuba when the pandemic hit. The Pan American Games 200m bronze medallist was scheduled to compete at the Cuban Championships in mid-March, and he was finally allowed to run, alone, clocking 20.63. After a long wait, he and his training partner Marileidy Paulino returned home on 7 April. 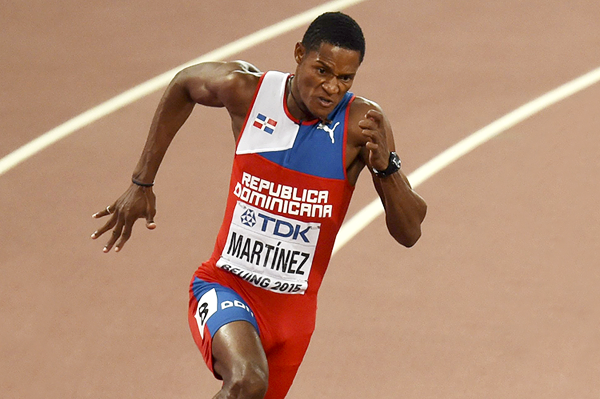 “We were quarantined for 14 days at a special place for athletes,” says the 20.19 sprinter. “I then moved home in the countryside in San Cristobal. I have access to grass and managed to access a track, but it is challenging as I am training alone. My coach is still in Cuba. He sends me the programme and I send him the times, but he cannot see me run and correct my technique.”

While no one in his immediate circle has been infected by Covid-19, he is concerned about his mother, who is more susceptible to falling sick. A former baseball player, Martinez finds joy teaching some baseball drills to his 11-year-old nephew. As he appreciates spending more time with his family, Martinez also hopes to compete in Europe later this year.

“I did some races on the road; they contributed to about 50% of my family’s income during the first three months of the year,” explains the 22-year old, a Central American champion at 5000m and 10,000m. “I am glad we can sustain ourselves with my husband’s earnings. While my athletics goals are now on hold, I am enjoying precious time with my four-month-old baby.”

Bahamian 400m hurdler Jeffrey Gibson had to adapt his training from mid-March. The 2015 world bronze medallist’s usual training facility in Raleigh, North Carolina – where he trains under the guidance of 2005 world champion Bershawn Jackson – was shut down four months ago.

“Postponing the Olympics will give me more time to prepare,” he says. “While I cannot step on the track now, I have access to an area where I can basically jog and keep some form. I have also spent some time reading and gardening.” 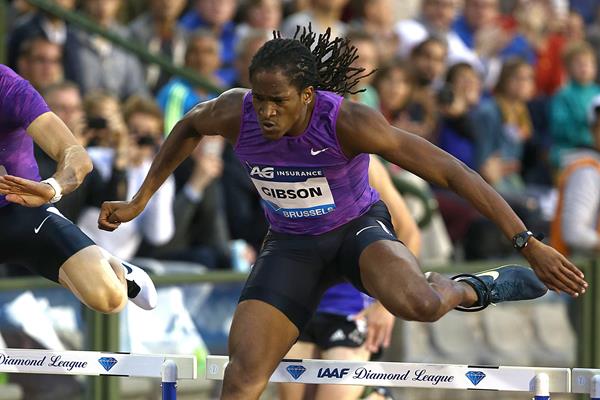 As an athlete representative for the Bahamian Athletics Association, Gibson keeps close contact with his fellow Bahamian athletes across the United States. With the facilities open for elite athletes in his native country, the 2015 Pan American Games champion is keeping a possible return home as an option.

After two training stints in California and Florida, 2013 world 400m hurdles world champion Jehue Gordon is back home and delighted to have returned to the track in the past two weeks as restrictions in Trinidad and Tobago are slowly being lifted.

While the remainder of the 2020 season has by and large been cancelled, Gordon continues his gradual return to form with the aim of qualifying for the Olympic Games in Tokyo.

Eyes all set on Tokyo 2020ne. No long caption cause we still got lots of work to do 🤟🏾

In the past month, Gordon has teamed up with fellow athletes Jamal James (800m national record-holder), 400m specialist Zwede Hewit and 2017 world 200m bronze medallist Jereem Richards in a live weekly Facebook broadcast called Athlete Talks, where some of the country’s top athletes share their experience and keep the athletics community connected.

“It is a great feeling to be back on the track again after so long,” said Gordon. “While I benefitted from the coaching and the facilities in the United States, the support of my family and the health system at home are key to regaining my best form.” 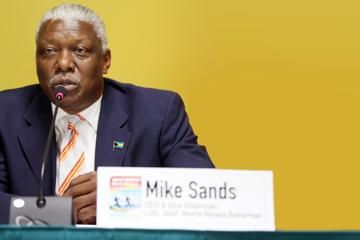 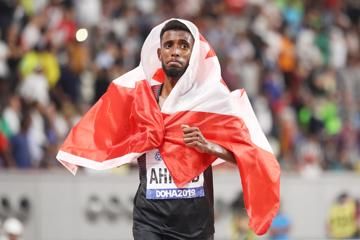 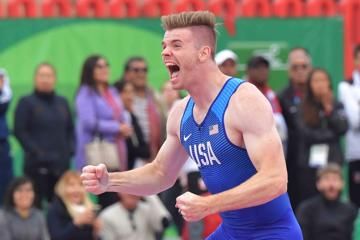