When his first attempt at throwing the discus ended in near disaster, it would have been easy for Piotr Malachowski to abandon all hopes of becoming a thrower there and then.

During a PE lesson at his school in the small Polish town of Biezun, the teacher introduced the class to the throwing disciplines in athletics. Malachowski picked up the discus and accidentally sent it flying into the door of his maths teacher’s car.

Fortunately, the teacher – who was driving the car at the time – wasn’t hurt. Malachowski, although slightly shaken up by the incident, soon began to realise that he had a natural talent for the event.

His victory at the Ciechanow County Youth Olympics in 1998 caught the attention of throws coach Witold Suski, who invited Malachowski to train with him alongside one of his other new recruits: Tomasz Majewski.

“People laughed at them when they trained,” recalls Suski. “Tomasz was thin, Piotr was chubby. They didn’t move well, but they tried very hard.”

After a couple of years, the trio moved to Warsaw to train at a new throwing facility. City life was expensive compared to the lifestyle he was used to in his home village, so Malachowski took up a job as a bouncer at a nightclub. He didn’t tell Suski, though, because he thought he might disapprove.

“I had to make some money,” said Malachowski. “I’d work throughout the night, go back home at dawn, sleep for three hours, run to training and then go back home to sleep.”

Major medals for Malachowski and Majewski

Malachowski remained on good terms with Majewski after the shot putter left Suski’s training group in autumn 2001. Within the space of a few years, the friends were regularly featuring on Polish teams for major championships.

The 2008 Olympics in Beijing was a big breakthrough moment for both athletes.

On the opening night of the athletics programme, Majewski took a surprise victory in the shot put. Four days later, having been inspired by watching his teammate’s triumph, Malachowski lined up for the discus final. A second-round throw of 67.82m moved him into the lead, but Estonia’s Gerd Kanter responded in round four with 68.82m and Malachowski had to settle for silver.

Malachowski had little hopes of repeating that achievement at the following year’s IAAF World Championships after rupturing the tendon in his index finger just weeks before the event. Unable to properly hold a discus, Malachowski was restricted to just throwing balls in training.

He knew that he wasn’t at his best, but he also knew that he had nothing to lose, so he went all-in from the outset and opened with a national record of 68.77m in the World Championships final to take an early lead.

That mark withstood challenges from Kenter and Germany’s home hope Robert Harting as Malachowski maintained his lead and then extended it in the penultimate round with 69.15m. With his last attempt of the competition, though, Harting unleashed a lifetime best of 69.43m to take a last-gasp victory.

But Malachowski didn’t have to wait long for his moment of glory.

At the 2010 European Championships in Barcelona, Majewski struck gold in the shot put. “Tomasz told me to bring back the gold medal or I wouldn’t have any business going back to our dormitory room,” recalls Malachowski. “I had no choice but to win.”

He did exactly that, beating arch-rivals Harting and Kanter to win gold with 68.87m.

Malachowski has featured in every major championships final from 2006 onwards, earning medals in seven of them. But it hasn’t all been plain sailing.

He tore his bicep muscle just two weeks before the Olympics and finished fifth with 67.19m, having thrown beyond 71 metres in practice earlier that year.

In 2013 he rocketed up to fifth on the world all-time list when he smashed his own national record with 71.84m in Hengelo, but had to settle for the silver medal at that year’s World Championships.

“It had been my dream to break the 70-metre barrier,” he says. “I’m happy with that and I don’t aim to throw any further because I know what I’m capable of. But in Moscow I was convinced I could put together a 70-metre throw in any conditions. And I was wrong. Now I think I wanted it too badly and I was too tense.”

The high point of his career, though, came at the IAAF World Championships Beijing 2015, where he struck gold with 67.40m and training partner Robert Urbanek took a surprise bronze. Defending champion Harting may not have been in the Chinese capital, but that didn’t make Malachowski’s task any easier.

“With the great rivalry I’ve had with Robert Harting over the years, it’s a bit more difficult for me to stay motivated when he’s not around,” said Malachowski. “But I’m too old to be worried about who’s throwing next to me. Whether it’s Robert, his brother Christoph or somebody else, I don’t care.

“There’s a generation shift in my discipline,” he added. “There are so many young guys coming up. They challenge us exactly like Robert and I used to challenge older guys before.”

Suski is quick to point out that being older isn’t necessarily a bad thing.

“Piotr is a fighter,” he says. “His strong point was always his legs, which are very fast. I used to say that he had electric heels. But now he has another advantage: he is experienced.”

Indeed, it was Harting’s younger brother Christoph who – somewhat surprisingly – posed the biggest challenge to Malachowski at the Rio 2016 Olympic Games.

Much like his experiences at the 2008 Olympics and 2009 World Championships, Malachowski led for much of the final. His opening throw of 67.32m gave him an early lead and he improved to 67.55m in round three.

But, just like his brother had done in Berlin seven years prior, Christoph Harting saved his best til last, sending his discus out to a PB of 68.37m to take the gold medal.

“I need to stand up against the young guys,” says Malachowski, who this year won his fourth Diamond Race title in the discus. “I’m not planning on retiring. Nobody wants to finish something they really enjoy doing.” 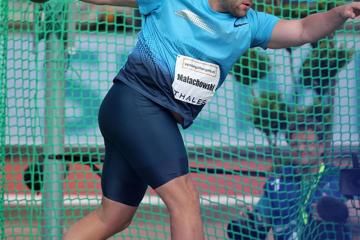 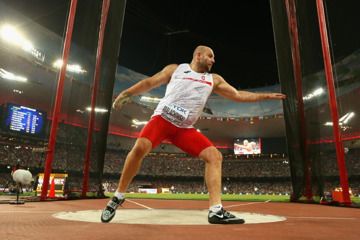 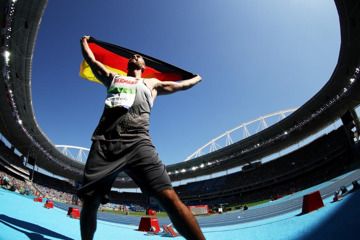 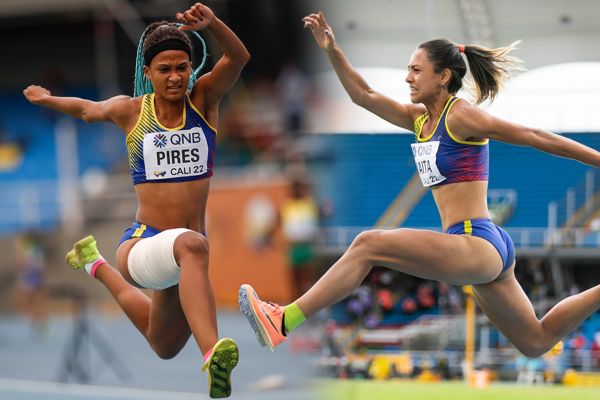