To have any gold medal in your trophy cabinet is rare enough, but to have the very first global one in your sport is rarer still. 24 years ago today, on 9 March 1997, Stacy Dragila soared over 4.60m to win the world indoor pole vault title in Paris, the first time the event had appeared on the women’s programme. Three years later – a mere 104 years after the first men’s event was held – she also won the inaugural Olympic women’s pole vault.

Hurling herself over barriers, both literal and metaphorical, is clearly something of a lifetime hobby for Dragila. As a child, she was a gymnast. When she had to stop that due to childhood asthma, she unleashed her daredevil side on competitive rodeo – breakaway roping, goat-tying and team roping – all while still in high school. It’s hard to imagine that falling onto the soft crash matt under the vault ever held much fear for her. 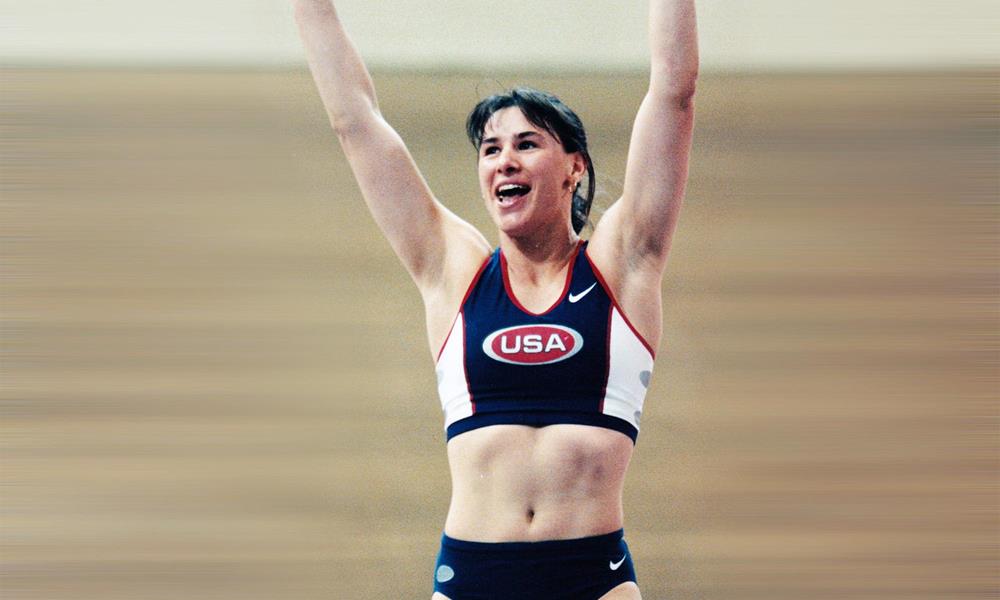 When she started junior college in 1992, though, she ran track and showed promise in the heptathlon, and was intrigued by the pole vault. But it was such a new event for women that encouragement was hard to find. Reminiscing on the eve of the Olympics, she recalled asking a male vaulter if she could give it a go: ''I asked him if I could try it one day at practice. He just looked at me and said: 'Women can't do that. They just don't have the upper body strength. They are not made to do it.' I took it to heart that, okay, this is one of those things that women just don't do.’'

Fortunately, she changed her mind and decided that that she both could – and most definitely would – try this sport. The Idaho State University track and field coach, Dave Nielsen – a former vaulter himself – saw her potential and signed her up. After graduating, he also gave her a job as an assistant coach, which alongside waitressing to support her income, meant she could continue her training and continue improving in leaps and pole-assisted bounds, clearing 13 feet (3.96m) by the start of 1996. By that summer she was up to 13 feet 9 inches (4.19m). But though she won the US Olympic Trials in 1997 by a foot, it was just a demonstration event; there were no Olympics for female pole vaulters to compete in yet.

There was, however, now a World Championships event. But going into the World Indoor Championships in Paris in 1997, she certainly wasn’t the favourite. As she recalls: “I was considered a dark horse. Emma George from Australia [the favourite, and world record-holder] was someone I aspired to be like. I was able to compete against her for two years prior; I remember watching her in awe and wishing that I could compete at her level.” 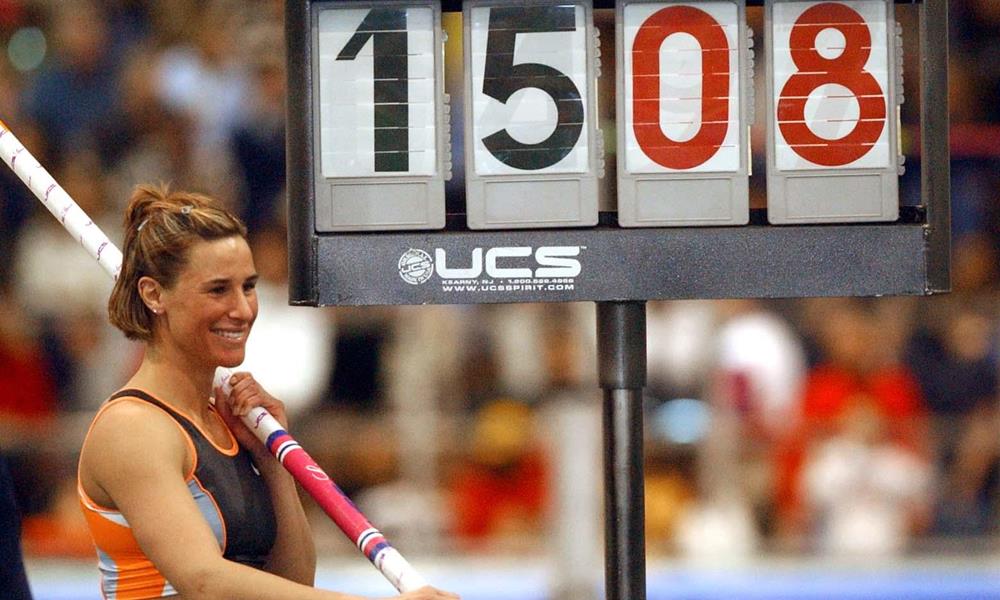 In fact the line-up was very strong, with not just George but also two former world record-holders (Sun Caiyun from China and Daniela Bartova of the Czech Republic) and two women who went on to set  world indoor records themselves over the next 12 months (Anzhela Balakhonova from Ukraine and Vala Flosadottir of Iceland).

The standard, and the ability to compete globally with so many other women at the top of their game for the first time, clearly inspired Dragila, because in taking the title she added 10cm to her own PB, and equalled George’s world indoor record. It was the first of many gold medals she was to win over the next few years.

“To go and win those championships really set me on the path of doing more and dreaming more and getting back to the track and achieving all those goals that I had set out for myself. It was really a launching point for me,” she recalled, speaking at the launch of the World Athletics Heritage Collection in Birmingham in 2018.

Yet while it was her own personal launch point, the sport itself still had some way to go, and more barriers for her to clear. “There were a lot of doubters who thought women didn’t have the strength to do this, or that even if we jumped certain heights would anybody really care?” she remembers. “That was more than 20 years ago – which kind of frightens me! – but I watch the current generation of vaulters and think that these women were probably just a few years old when I won the world indoor title in 1997.”

Dragila herself became a role model for the new generation – though she herself had none. “When I was young, I didn’t have a lot of role models who were visible and that I could be inspired by. My winning bar (at the 1997 World Indoor Championships) was 4.40m, whereas now medals are being won with heights well over 4.70m. It shows how far the event has come and that women can do things just as well as men can do. It’s humbling to know that I was one of the first and I’m very proud of that moment.” 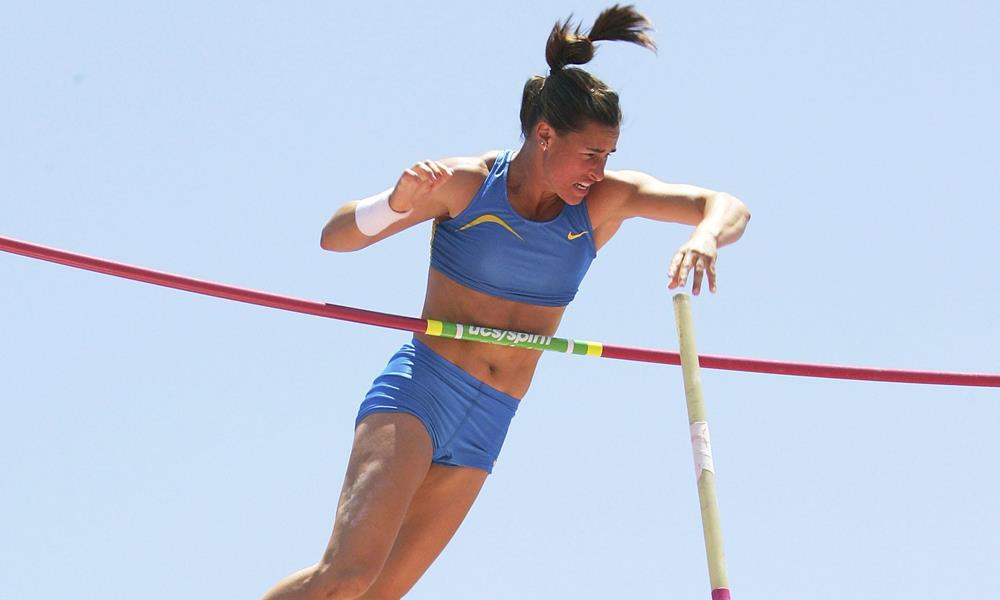 She went on to win the outdoor World Championships in 1999 and that first Olympic gold in 2000. During her career, she set no fewer than 18 ratified world records, indoors and out. And not content with simply inspiring, she has also sought to encourage kids into the sport in the first place, founding a non-profit health and fitness programme called ‘Try Something New, Inc’, where she teaches kids the basics of ‘stick jumping’.

“That first school we went into a few years ago when we got so many kids out and moving with our programme, to give them a chance to dream and aspire really fills your heart. It’s just simple drills with a bamboo stick, but it’s something they’ve probably never done before. If they go on to become a pole vaulter, fantastic. But even if they don’t and they choose to go on to do something else, that’s amazing as well. We just want kids moving and being unafraid to try something new and not afraid to fail at something.”

BACK
Pages related to this articleAthletes
Stacy Dragila