Anyone watching the closing stages of the women’s 400m hurdles final at the US Olympic Trials would have had a serious case of déjà vu.

The top two protagonists – indeed, the two fastest women in history for the event – came off the final bend level with one another, just as they had done at the World Athletics Championships Doha 2019.

On that occasion in the Qatari capital, not much separated Dalilah Muhammad and Sydney McLaughlin as they negotiated the final barriers before Muhammad went on to win in a world record of 52.16, just 0.07 ahead of McLaughlin.

Fast forward two years to Eugene’s Hayward Field and the two women found themselves in pretty much the same situation at the US Olympic Trials. Shamier Little was actually level with the pair up until the eighth hurdle, at which point she lost enough balance to take her out of contention for the victory. Muhammad had the slight advantage at that point, but McLaughlin moved up a gear at the ninth hurdle and inched ahead.

And that’s where the déjà vu ended, because McLaughlin charged towards the finish line to stop the clock at 51.90, smashing Muhammad’s world record by more than a quarter of a second with the first sub-52-second run in history. 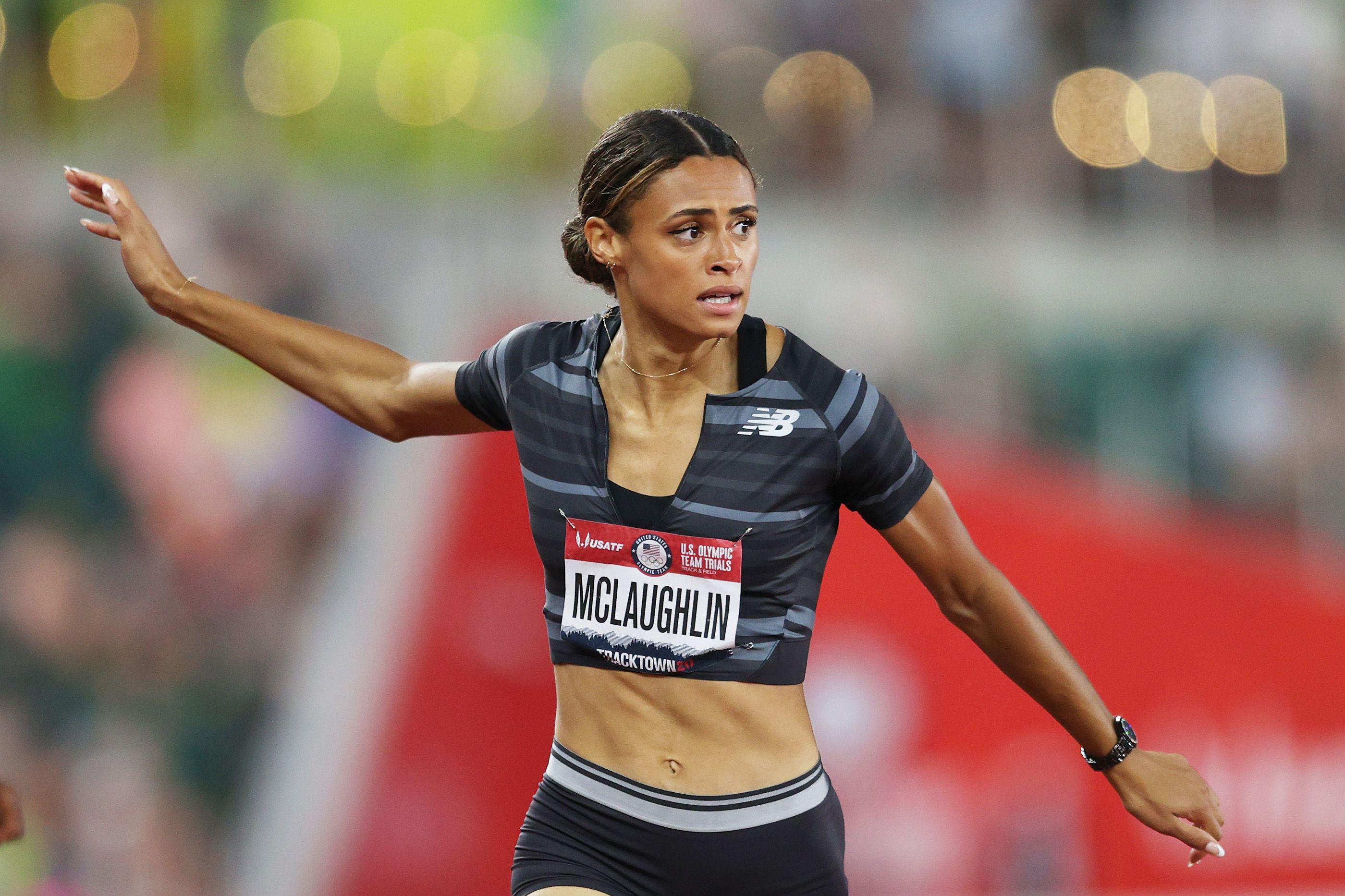 “Oh my gosh!” was the 21-year-old’s immediate reaction as she crossed the line. “It's one of those moments that you dream about and think about when you’re going to be able to put it together. I knew, from the moment I woke up today, it was going to be a great day. Afterwards there was a real ‘I did it’ moment and I’m going to cherish this for the rest of my life.

“It was a really great competition, as always, and I knew it was going to be a fast race,” she added. “My coach and I have been training for this; this is what our year has been about, just getting to this point.

“We really put it together today. I’m super grateful and happy to be on the team and I’m excited to see what happens in Tokyo.”

This will be McLaughlin’s second Olympics. She famously qualified for her first Olympic team in 2016 when finishing third at that year’s US Trials at the age of 16, clocking a world U20 record of 54.15. She went on to finish fifth in her semifinal at the Rio Games, just nine days after her 17th birthday. 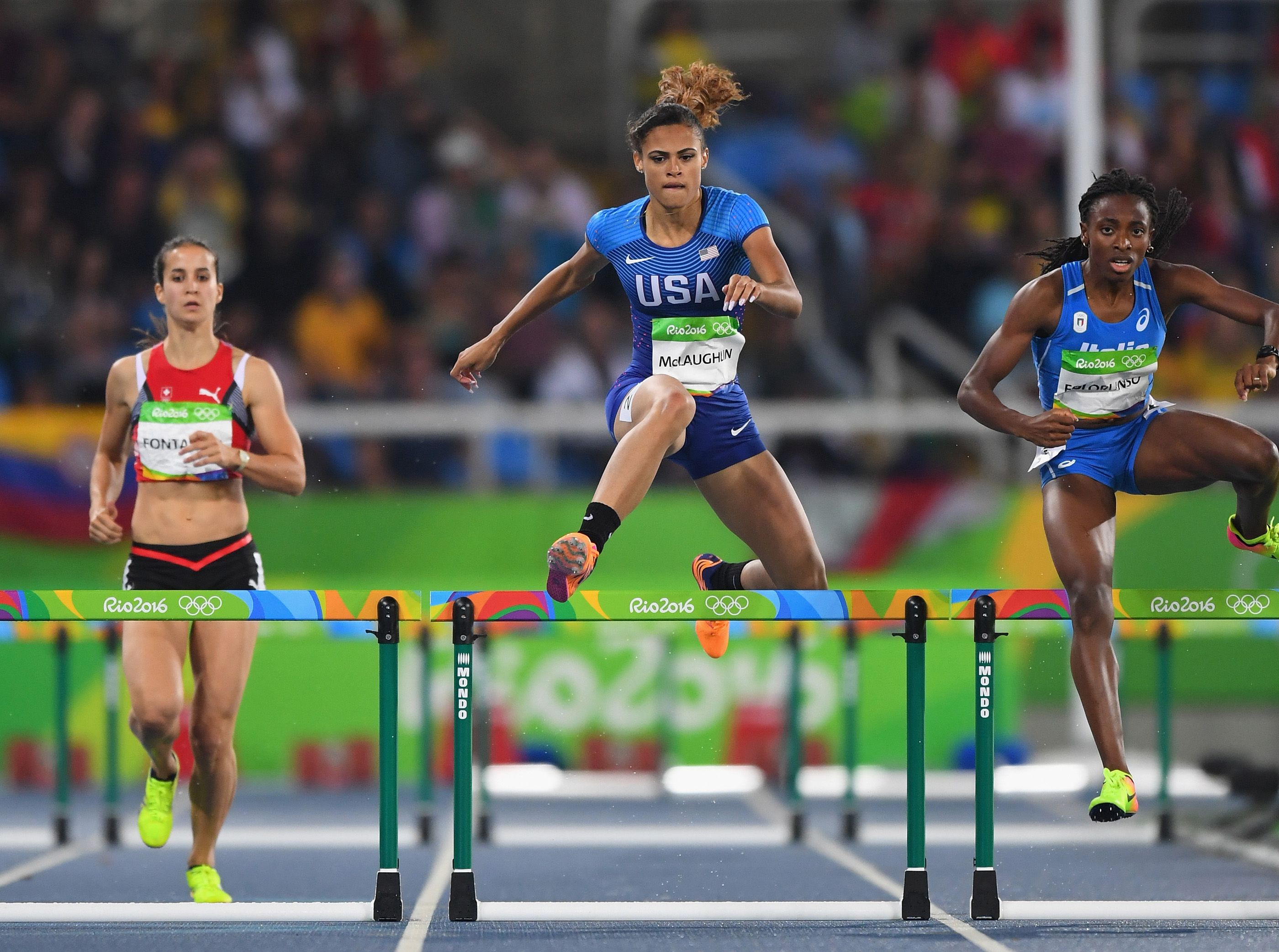 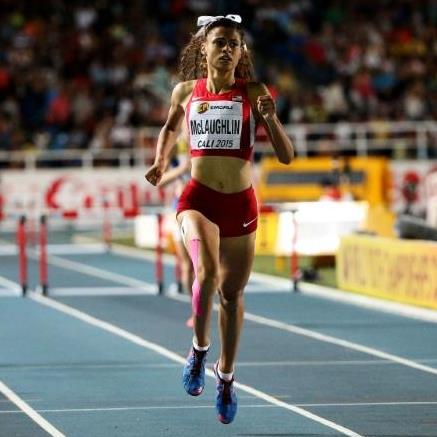 The prodigy comes of age

Sydney McLaughlin is no stranger to breaking records. Here are just some of the marks she has achieved in her career so far.

In the five intervening years, McLaughlin broke many more age-group records, enjoyed a successful US collegiate campaign in 2018 at the University of Kentucky under the tutelage of Edrick Floreal, and then turned professional. After being coached for a brief stint by 2004 Olympic 100m hurdles champion Joanna Hayes, McLaughlin joined Bobby Kersee’s group at UCLA, where she trains alongside the likes of multiple world and Olympic champion Allyson Felix.

Kersee, who also coached Hayes to her biggest triumphs, has made a few changes to McLaughlin’s approach to racing. Her season started in February with a 60m hurdles appearance, then she stuck with the sprint hurdles during her first few outdoor appearances, eventually reducing her 100m hurdles PB to 12.65. At one of her competitions, she also raced the 400m flat, clocking 51.16.

It wasn’t until June that McLaughlin contested her first 400m hurdles race of the year. Showing no signs of rust, McLaughlin crossed the line in 52.83 – the fastest season-opening performance of any 400m hurdler in history.

“It was different opening up so late (in the 400m hurdles),” she said. “But I knew, seeing some of the mistakes I made in that race and still being able to have that time, that once we cleaned it up and got my stride patterns right, we were going to be able to do something really fast.” 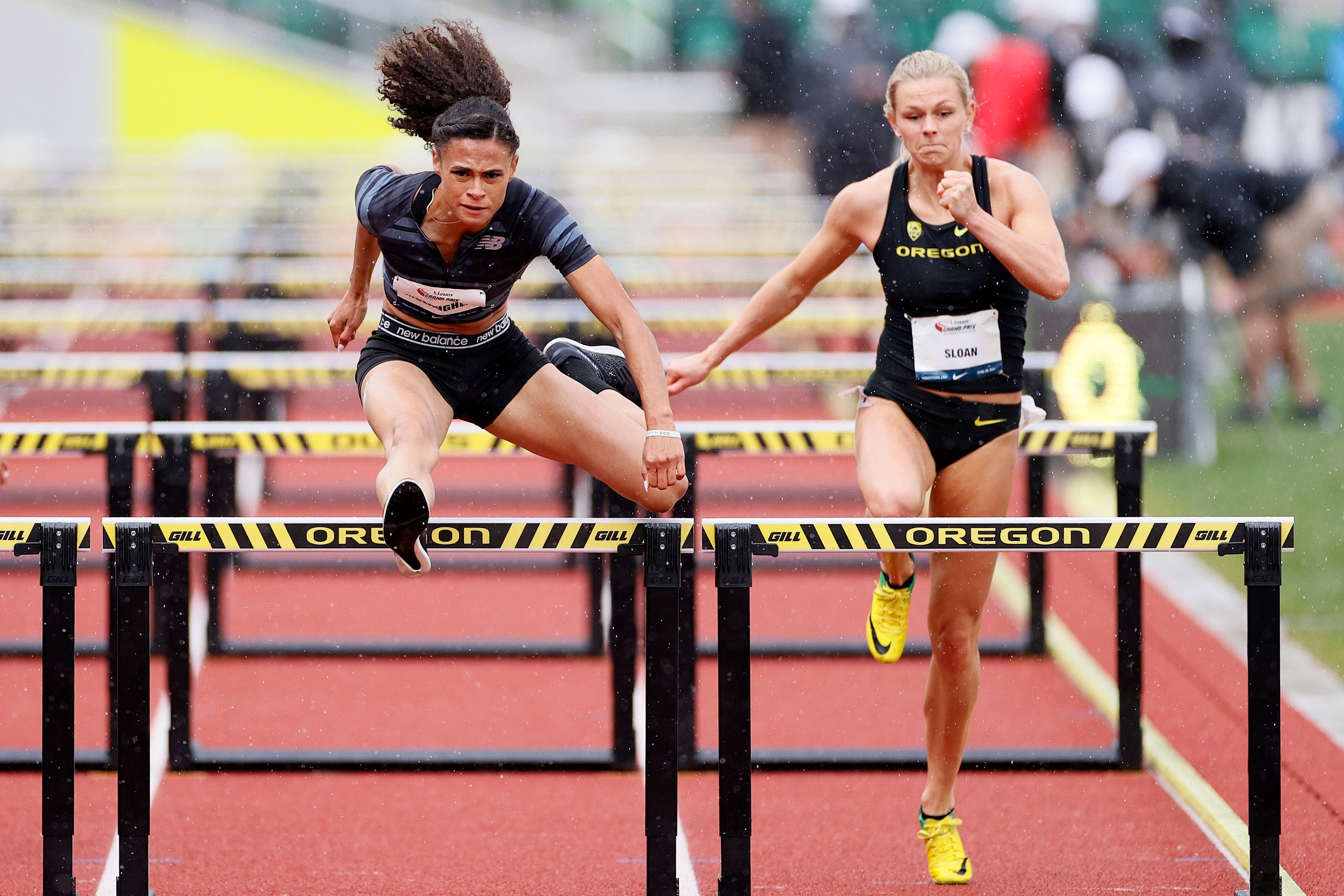 She didn’t race again until the US Trials, where she made history with her 51.90 run, adopting a stride pattern that is still relatively new to her.

“My goal was to just execute my race plan,” she said. “We knew my steps would be different than what they have been in the past. If we executed that, we knew there was going to be a fast time.

“The goal was to go 14 (strides) through the first four hurdles, which I did, then my stride pattern kicked in and I went 15 for the rest of the way, which was really what we wanted to do. I’m really happy with how it turned out and the time that I produced.

“I think I saw the benefit of the 60m and 100m hurdles in practice,” she said of her early season racing programme. “For a lot of my season we were doing the 100m hurdles but a lot of people didn’t understand because they didn’t see where it was translating to in our practices for the 400m hurdles. I knew right away it was making sense. As time progressed and the strength started to build, it definitely reflected that we could get to this point. Bobby knows how to put things together when it counts.

“It's just trusting the process,” she said. “There really was nothing to fear. It was just putting it all together.”

There was one slight concern, though – the conditions. Due to the extreme heat in Eugene on the final day of the US Trials, with temperatures reaching 41C/105F, the programme was moved to much later in the day. It didn’t faze McLaughlin, though.

“You can't control what happens to you, just how you respond to it,” she said. “It definitely was a little bit of a throw in our plan, but we were prepared for that. Bobby is always talking about Muhammad Ali – ‘You have to be ready for that left hook’, he says.”

In fact it was another Muhammad, Olympic champion Dalilah, that McLaughlin had to be ready for.

Since winning the world title in record time in 2019 – a performance that led to her being named the World Athletics Female Athlete of the Year – Muhammad hasn’t had an easy ride. Earlier this year she had to deal with a hamstring injury and a bout of Covid-19, meaning she had a relatively low-key start to her year.

She headed to the US Trials off the back of just two races – 55.01 and 54.50 – but then soon found her stride in Eugene and improved through the rounds, running 53.86 in her semifinal.

Come the final, Muhammad looked every bit the champion athlete she has proven herself to be, eventually finishing in 52.42 – the third-fastest time of her career. Only this time, she finished behind the rising star who has been clipping at her heels for the past few years.

It now sets the scene for another highly anticipated clash between the pair at the Tokyo Olympic Games next month. But the respect between the pair is so strong that Muhammad is even hesitant to call it a ‘rivalry’. McLaughlin agrees.

“Iron sharpens iron,” said McLaughlin. “People can call it whatever they want to call it; it’s two great athletes pushing each other to be better. There's no animosity or hard feelings. It’s just two people trying to be their best. We wouldn’t be able to have these world records go back and forth without one another. Dalilah is a great competitor.

“I think great competition always pushes you. It really helps to have such an amazing camp of women in the US to get those times. This year, with the way my training was going, we were able to put one together.

“It's an honour (to be the fastest 400m hurdler ever),” she added. “So many amazing women have come before me and will come after me. I'm excited for what the future holds. I just want to leave my mark and be part of such an amazing sport, because the glory isn't forever.”

It may not be forever, but you sense that McLaughlin is just getting started. 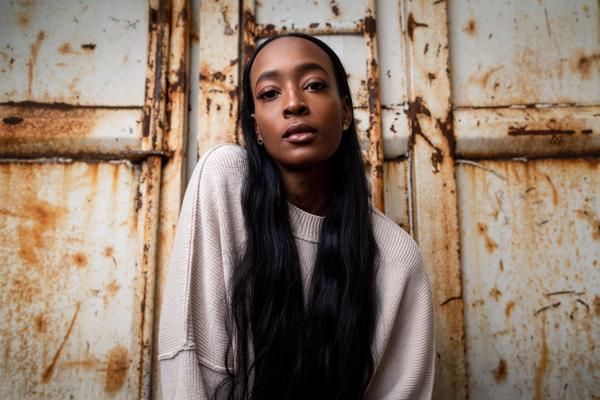 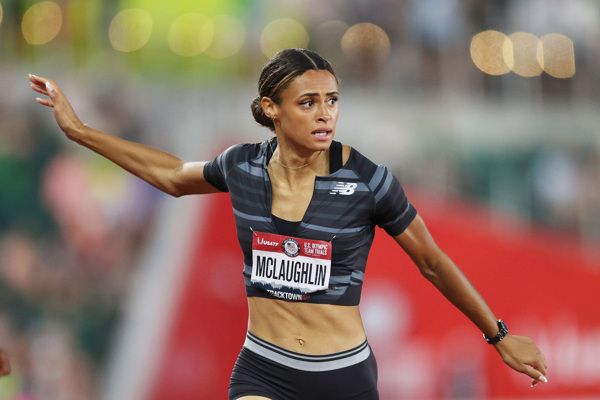 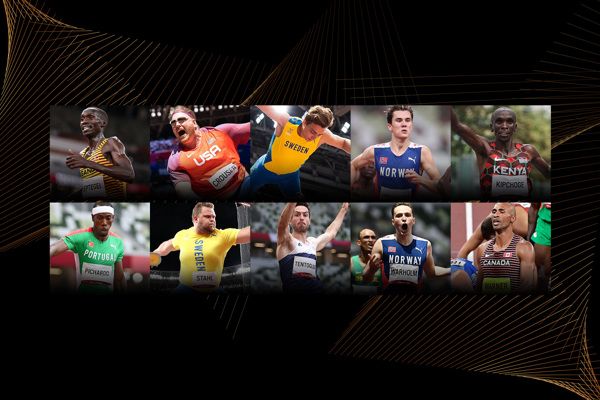