Looking back, a torn hip flexor might have been the best thing to happen to him. Because were it not for that injury, sustained during a rugby game in late 2017, Tazana Kamanga-Dyrbak might never have found his way to athletics.

The Danish 19-year-old might not have been on his way to Tokyo for this year’s Olympics and he might not be one of the leading contenders for men’s 200m gold at the World Athletics U20 Championships Nairobi 21.

Kamanga-Dyrbak only trains four days a week, he has never lifted weights, but his performances so far this year – a senior Danish record of 20.48, followed by a 9.19-second 100m leg at the World Athletics Relays Silesia21 – indicate some seriously vast potential.

And he’s not afraid to admit it.

“The main goals this year are winning the World U20 Championships and making it to an Olympic final,” he says.

His journey to this point, both on and off the track, has been anything but orthodox.

Kamanga-Dyrbak’s father, Jens-Peter, is Danish but grew up in Kenya, and he was an Olympian for Denmark in swimming at the 1992 Games in Barcelona. His mother, Mphanga, is Zambian, and was also an international swimmer.

The nature of his parents’ work – his father works in wildlife conservation and property, his mother in security and risk management – meant his was a childhood spent on the move.

Kamanga-Dyrbak has so far lived in eight countries – Tanzania, Uganda, Ghana, Nigeria, South Africa, the UK, Kenya and Denmark – but these days Kenya is home, though that’s long been a flexible term.

“My real home was where the family lived,” says Kamanga-Dyrbak, who admits it’s hard to pigeonhole his true identity. “I definitely feel both Danish and Zambian, I’ve got family in both places and visit them quite often, but I align myself very closely with Kenya as well.”

These days, he spends about eight months of the year in Nairobi, where he trains under the guidance of coach Peter Gatana. In his early teens swimming and rugby were his two main sports, and Kamanga-Dyrbak’s speed was utilised to good effect as a winger or fly-half for his school side in Kenya.

But that torn hip flexor forced him to change track.

“After my injury, I couldn’t go back to high-impact sport so we took up sprinting instead,” he says.

Kamanga-Dyrbak had done a series of races in Sweden in the summer of 2017 but only the following year did he give it his full focus, breaking the Danish U18 200m record with 20.99 to win the Nordic U20 title at the age of just 16.

Heading to Poland for the World Athletics Relays last month, the goal was simple: help the Danish team to reach the final and thereby secure qualification for the Tokyo Olympics. Was Kamanga-Dyrbak nervous as he stood at the top of the back straight awaiting the baton? 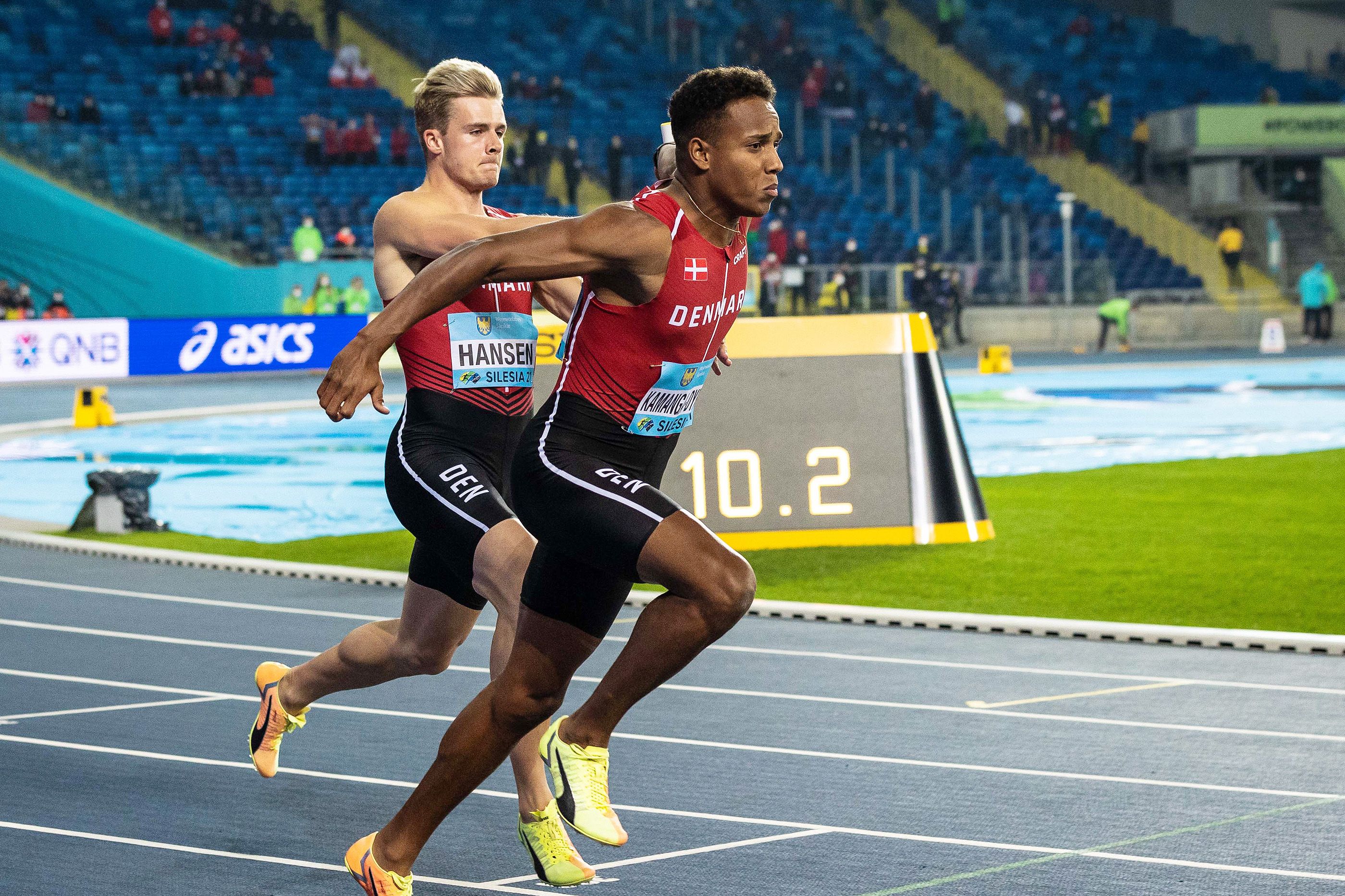 “I don’t really get very nervous before races,” he says. “I know what I’m there to do and I knew we had a very strong team. I trusted our coaches, we put in the work and I knew if every athlete did their part we’d qualify because it’s the best team we’ve ever had.”

Little did he know how fine the margins would be. Denmark hit the line fourth in their heat in 39.06, and for several minutes he and his teammates thought they had fallen short.

But it turned out Ukraine, third in the first heat, also clocked 39.06, their time one thousandth of a second slower. Kamanga-Dyrbak cut a despondent figure as he spoke in the mixed zone, but his reaction changed when the Danish women’s 4x100m team – who also secured qualification that night – shouted down from above that the men’s team had also made the final.

“It was a great experience,” says Kamanga-Dyrbak. “The biggest competition in my career so far.”

Although 4x100m splits are an inexact science, his time down the back straight in the heats, 9.19, indicated something special could be in the works this year.

A few weeks after the World Relays, he set a Danish U20 100m record of 10.33 at a competition in Greve, Denmark. He is now focusing on his relay task at the Olympics in Tokyo.

“You always believe you can (make the Olympics) but once you do it it’s a special feeling,” he says. “It’s a massive milestone in my career.”

After Tokyo, he will have about 10 days before toeing the line again in Nairobi at the World Athletics U20 Championships, where his goal is simple: 200m gold.

With his schooldays now behind him, Kamanga-Dyrbak plans to focus full-time on athletics in the years ahead, and he has plans to go into property development and eventually politics down the line. Given his current workload, and his coach’s approach to gradual progression, he believes there is much more to come.

“Most of this has been done on off-season training, we’re only starting to peak now,” he says. “I can definitely run a lot faster.” 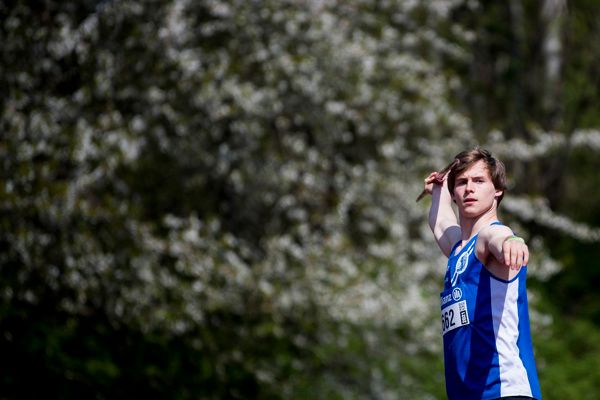 Hauttekeete and the unexpected world record...

On track for a successful World Athletics U20...