During a special ceremony at half time in the Dynamo Kyiv vs Illichivets football match in Kyiv on Sunday (27), 2008 Olympic Heptathlon champion Natallia Dobrynska announced her retirement from athletics.

“I trained and competed here at the Olimpiyskiy stadium for many years and set my first national record here; that’s why it is very symbolic that I announced my retirement here,” said Dobrynska.

The 31-year-old Ukrainian was a surprise winner of the Olympic Heptathlon title in 2008, smashing her PB by almost 350 points to take gold with 6733. She improved on that score two years later when taking the silver medal at the European Championships.

She excelled indoors too and her first major medal came at the 2004 World Indoor Championships where she took silver. After European indoor bronze in 2005 and World indoor silver in 2010, she arrived at the 2012 World Indoor Championships in the form of her life and broke the World indoor record with 5013, becoming the first woman to score more than 5000 points in the Pentathlon.

But just weeks later, her husband and coach Dmitriy Polyakov died suddenly of cancer. Despite the devastating set-back, Dobrynska tried to defend her Olympic title at the 2012 Games, but did not finish the Heptathlon in what became the last competition of her career.

IAAF vice president Sergey Bubka was away on business, but sent a video message.

“Natallia has achieved many victories,” said Bubka. “I wish you every success. You are a very active woman; you are a member of the Athletes Commission for the federation, and I’m sure you’ll achieve good results in that area too.”

“It’s always difficult for athletes to retire,” said Dobrynska. “You always think that you could do more. But I’d reached a point where I wasn’t able to compete as strong as before. I had the fitness and I had prepared for the World Championships in Moscow, but I lost the required fighting spirit. You should respect what you are doing.”

But Dobrynska won’t be leaving the sport entirely. “I would like to do something for the development of Ukrainian sport and to be useful for my country,” she said. “Recently I was elected as the vice chair of the EOC Athletes Commission, and it opens some opportunities for me. Now I want to know more about the sport from the other side.

“I can honestly say I’ve got many ideas, but first of all I’m going to go to Britain to study English,” she added. “I’m planning to go there in December for one month. It’s very important for me to speak English fluently. It’s necessary for my work in the Athletes Commission and for my future projects in Ukraine.”

Dobrynska is also keen of golf, but it’s just a hobby for her. “I play golf when I’ve got time for it. But I like it very much,” she said. “Golf changed many things in my life. It is an Olympic kind of sport. If you want to reach a high level, you need to work very hard and train every day.”

She is now looking forward to her new life away from the competition arena. “Sport is a great thing, but it’s good to retire early. Athletes often try to put off retirement. We are emotional and open-minded people; we treat everything in a different way. In sport, we think that everything is fair because we have a stopwatch and a tape measure and they don’t lie. We think that everything outside of sport is the same too, but that’s not always the case.

“Now it’s time for me to start a new life,” she added. “I’m happy, because I can learn something new like winter sports. There are many different interesting tasks, but the main thing is the desire to do it. When I have that, I’m sure that my new life will be as interesting as my life in athletics.”

Ukrainian Athletics Federation for the IAAF

BACK
Pages related to this articleAthletes
Natallia Dobrynska 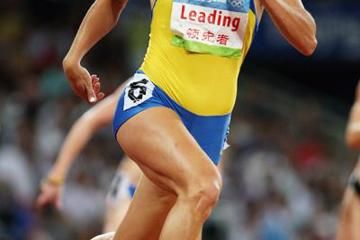 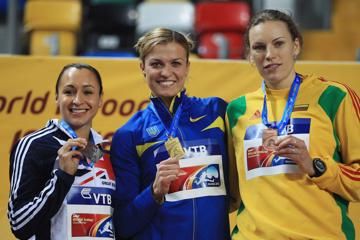