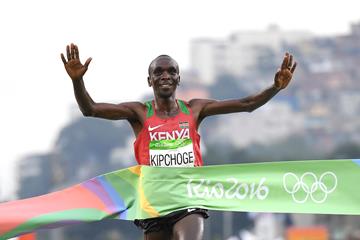 Eliud Kipchoge will defend his Olympic title later this year, having been named on Kenya’s team for the Tokyo 2020 Games. Meanwhile, world record-holder Brigid Kosgei and world champion Ruth Chepngetich feature on the women’s team.

He is joined on the team by Lawrence Cherono, a two-time Amsterdam Marathon champion who also won in Boston and Chicago last year, and world bronze medallist Amos Kipruto, who has a best of 2:05:43.

Kenya’s squad for the women’s marathon is just as strong.

Vivian Cheruiyot will also aim to make history. Winner of the Olympic 5000m title in 2016, the 36-year-old is set to compete at her fifth Olympic Games, a record tally for a Kenyan athlete.