The reigning Olympic and European champion cleared the height comfortably on his first attempt before going on to have one try at 6.21m.

He entered the competition at 5.76m and cleared that height as well as 5.91m on his first attempt before getting over 6.01m with his third effort.

Lavillenie was congratulated by Bubka, a native of Donetsk, who had been watching from the stands and who stood to applaud the man who succeeded him in the record books.

"I think it's going to take me some time to come back to earth because it's incredible," said Lavillenie, who won at the meeting for the fourth consecutive year. "This is a world record that is so mythical, and to clear it on the first jump, without touching (the bar); there's nothing to say. It's just a moment to savour."

Bubka, the 1988 Olympic champion and now an IAAF Vice President, was quick to praise his successor.

"I think this is a great day, a fantastic performance, I am very happy that Renaud did this record in my home city where I did 6.15," commented Bubka.

"I'm very happy and proud for him, because he's a great athlete and a fantastic role model.

"I'm not disappointed because I thought this already before, even yesterday when we had a discussion about the record with Renaud," he added. "I felt it would be great if this guy could continue and receive the baton from me and bring glory to athletics."

"It's normal (that I am happy), I only do things to help athletes. It's my duty, it's my job, to provide full support to make history for them and they make history for us. For all people who love sport and love athletics. I'm a happy man."

Lavillenie had given notice that he was ready to have a serious attempt on the world record when he went over 6.08m at his last meeting, in the Polish city of Bydgoszcz, just over two weeks ago.

Cutts cleared a national record of 5.83m last month and on Saturday had one failure at 5.91m and two tries at 5.96m.

However, there was success for Braz da Silva’s compatriot and training partner Fabiana Murer in the women’s contest, which the 2011 world champion won with 4.62m.

She got over that height on her second attempt while Poland’s Anna Rogowska and Germany’s Silke Spiegleburg made the same height but on their third attempts and so finished equal second after all three women failed three times at 4.72m. 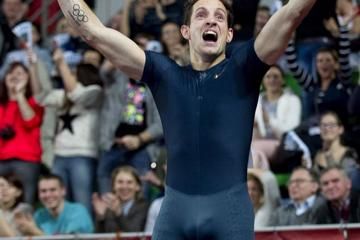 Lavillenie: "I really think my goal can be to... 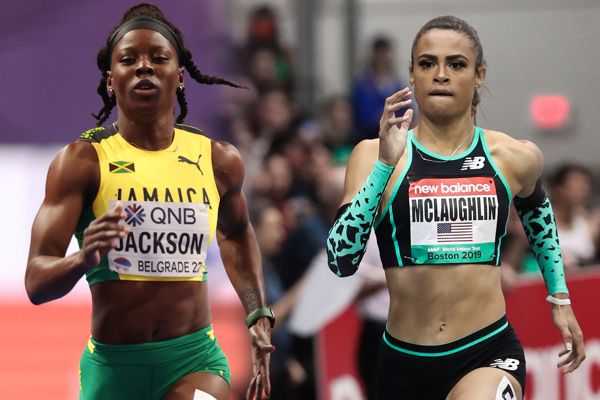