Jamaica's Elaine Thompson in action in the 60m (© Getty Images)

Double Olympic sprint champion Elaine Thompson of Jamaica will headline the women's 60m at the Müller Indoor Grand Prix in Birmingham on 18 February, the fifth stop of the 2017 IAAF World Indoor Tour.

Thompson, 24, was the shining star of the women's sprint programme at the Rio 2016 Olympic Games, winning gold in the 100m and 200m. She was also the fastest in the world over both distances, clocking 10.70 and 21.78 in 2016, a year in which she was a finalist for the IAAF World Athlete of the Year.

“2016 was an amazing year for me and I want to carry on my form into next year, which is another really important year," Thompson said.

"I have good memories of this event after setting a personal best last year and hopefully in Birmingham I can challenge my PB and maybe get close to going under seven seconds. I love competing in the UK, this is one of the best events in the world and the fans are always amazing."

Thompson clocked 7.14 at the Indoor Grand Prix in Glasgow last year, in a performance that would set the stage for her historical 2016 season. One month later she improved to 7.04 in the semi-finals of the IAAF World Indoor Championships Portland 2016 a few hours before racing to the bronze in the final in 7.06.

"The race is always high quality and will be a key part of my preparations building up to the European Indoor Championships and the London 2017 World Championships! I can't wait to see everyone there," said Asher-Smith, whose superlatives in 2016 included the European 200m title and a fifth-place finish over the half lap at the Olympic Games.

“Being able to compete at home in front of such a warm and knowledgeable crowd in Birmingham is always special for me and I know that it will be amazing this year.”

“This showdown in Birmingham will be one of the outstanding races of the indoor season," said Niels de Vos, Chief Executive of British Athletics.

"Elaine Thompson is the best female sprinter in the world. It is very exciting to see her race in Britain for the first time since she won two gold medals in the 100m and 200m at the Olympic Games in Rio. After Usain Bolt, there is no one better in world sprinting." 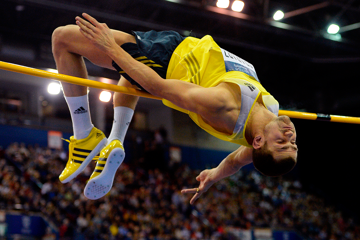 Grabarz and Kynard will renew rivalry in Birm... 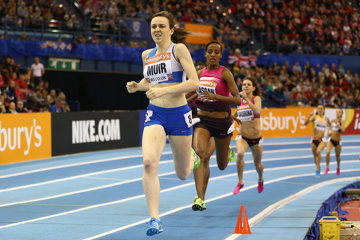 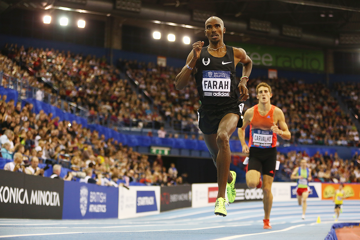