Record-breakers Cheptegei and Jepchirchir focused on gaining gold in Gdynia

For Joshua Cheptegei and Peres Jepchirchir, 2020 has been a year to remember, but the one thing missing has been a major championship medal. At the World Athletics Half Marathon Championships Gdynia 2020 on Saturday (17), both will have a chance fill that void.

At the pre-race press conference on Friday (16), both spoke confidently about their chances of leaving Gdynia with gold. Cheptegei ran the world 10,000m record (pending ratification) in Valencia last week and after a week of training in the mountains in central Spain, the Ugandan said he is ready to roll once again.

“I feel good, I feel recovered and ready for the race,” he said. “It’s going to be a fantastic event.”

Cheptegei will be making his half marathon debut in Gdynia and if he can emerge victorious among the 122 competitors in the men’s field, he will become just the second man in history after Khalid Skah to win world titles in cross country, track and on the roads. 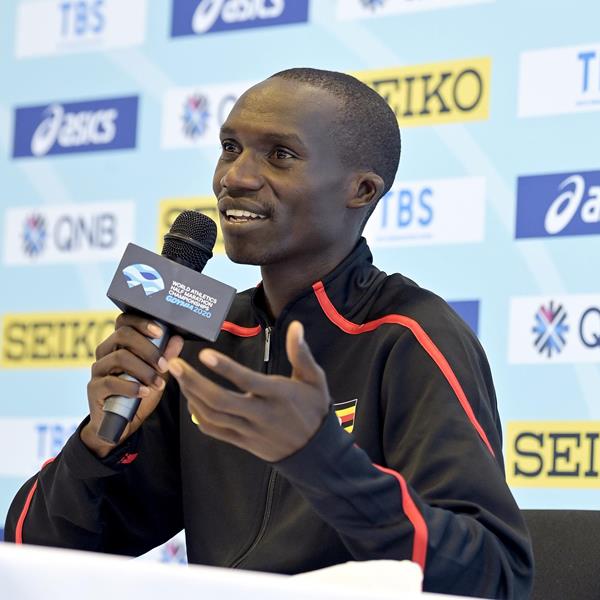 “It’s been my dream to make a debut at the half marathon,” he said. “This title will be something very special for me. A debut and a win? That would be amazing.”

He revealed his emphasis in training of late was on track events but the 24-year-old is confident he can carry his form up in distance.

“I’ve been training well for the 5000m, the 10,000m, but now it’s the half marathon,” he said. “I know it comes just a few days after the world record but I believe I’m a person of high talent and I can say it will be a nice challenge for me. I’m hungry for the title. I’ve shown in cross country, I’ve shown in the track, I’ve shown when it comes to attacking records, so the only thing now is to win a special title on the roads.”

Jepchirchir, on the other hand, is well versed at this distance, having won the world half marathon title in Cardiff in 2016 and she set a short-lived half marathon world record of 1:05:06 in 2017. After taking time out of the sport in 2017 and 2018 to give birth to her daughter, Natalia, she has been as fast as ever since her return, running 1:05:34 last month in Prague, a world record in a women-only race.

“I’m feeling good and I’m ready for the race,” she said on Friday. 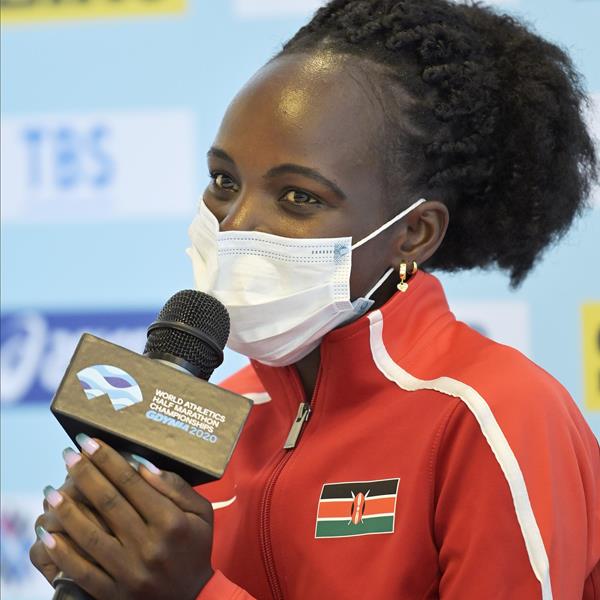 Although the forecast for Saturday is for cold weather alongside the Baltic Coast – and an expected temperature of 7-8C (44-46F) – the 27-year-old Kenyan didn’t rule out some scorching times as 105 of the world’s best distance runners take to the line for the women’s race.

“There is high expectation for the event because we have strong athletes,” she said. “The team is strong, and maybe the world record can go also.”

Romanian great Constantina Dita, an ambassador for the event, said tomorrow’s races will serve as a major opportunity for athletes in a year that lacked many competitive opportunities. 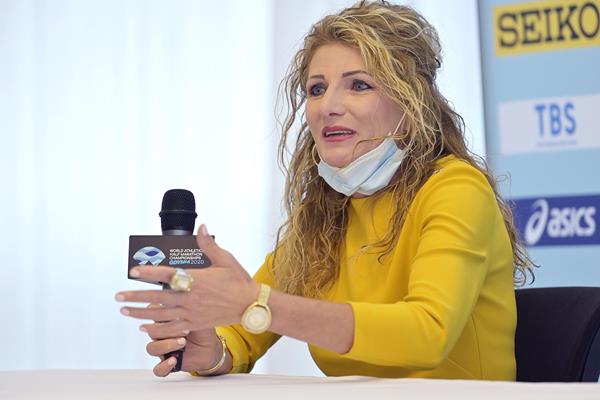 “It’s hard for everybody but we need to think positive, stay safe and keep going,” said Dita, who competed at the World Half eight times during her career, winning a total of seven medals, including individual and team gold at the 2005 edition in Edmonton. “I’m glad they can run in Gydnia.”

In what’s been a difficult year, World Athletics President Sebastian Coe paid tribute to the resilience of athletes who kept working towards this competitive opportunity.

“I thank them,” said Coe. “These have been extraordinarily tough times. The fact they have performed as strongly as they have has been down in large part to their own mental resilience. To them I’m really grateful and I want to extend my thanks to the Polish government and to the people of Poland, who are so passionate about our sport.” 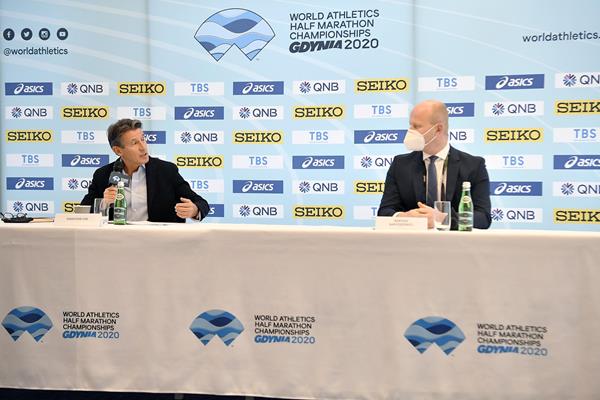 Coe also thanked all those who had worked long and hard behind the scenes to make this event possible. “I’m really proud athletics has led the way in terms of making sure our competitors haven’t lost too much time in this disrupted season,” he said. “It was really important that we created some structure for athletes to be able to aim at something and get some races under their belt. We have shown sport can punch through under the most extreme of circumstances. I’m really looking forward to some great races.”

Bartosz Bartoszewicz, Deputy Mayor of Gdynia, said the city was “more than proud to have the opportunity to witness all these athletes” and that while there were a lot of challenges on the build-up, the city was ready to host “a great event.”

BACK
Pages related to this articleAthletes
Constantina Dita

How to follow and watch the World Athletics H...