The world’s best shot putters will compete at Zurich Main Station for the fourth year in a row as part of the Weltklasse meeting. Held on Wednesday (28), on the eve of the IAAF Diamond League meeting at Letzigrund Stadium, the athletes – both men and women – will compete in a special arena at the majestic ticket hall of the station.

Starting at 5.30pm with the women’s event, the athletes will be supported by a cheering crowd – and by the music of their choice.

During that time, Adams has been coached by Jean-Pierre Egger, the former coach of three-time World champion Werner Gunthor. She feels at home in Switzerland, as her choice of music for the event illustrates: “Ku-Ku Jodel” by the Swiss folksy family band Oesch’s die Dritten.

When the men enter the ring at 7.10pm, the background music will change dramatically.

World bronze medallist Dylan Armstrong has selected Metallica’s “Enter Sandman” to create his ideal competition ambience. The Canadian will be one of eight Moscow finalists to compete in the post-championship showdown at Switzerland’s largest train station.

Armstrong, World silver medallist and world leader Ryan Whiting, and two-time Olympic champion Tomasz Majewski will all challenge David Storl. The 23-year-old German managed to successfully defend his World title and he intends to call the tune again in Zurich.

The women’s Shot Put will be the IAAF Diamond League final event. Adams can secure her diamond by winning her 41st competition in a row. World silver medallist Christina Schwanitz is the only one with a slim chance to snatch the precious trophy from her.

Whiting currently leads the Diamond Race in the men’s competition, but their final event in the Diamond League series will take place in Brussels next week. 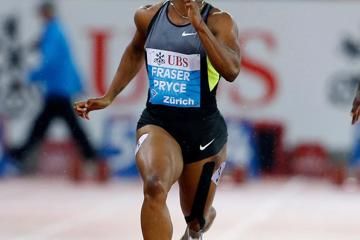 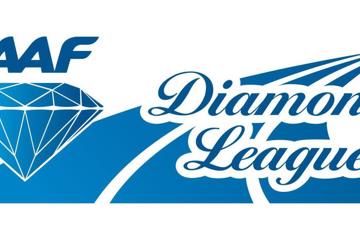 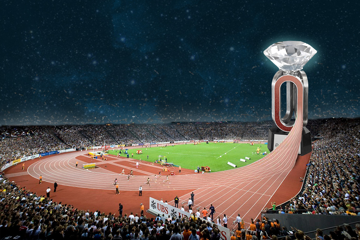 Sixteen Diamond Races to be decided in Zurich...