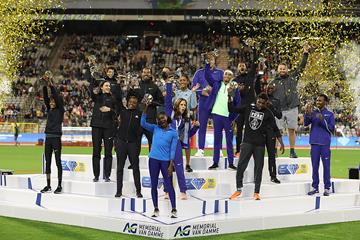 After last night's thrilling conclusion to the 2019 IAAF Diamond League season in Brussels, each of the 16 individual event winners at the Memorial Van Damme took home a US$50,000 bonus and earned a wild card entry to the IAAF World Athletics Championships Doha 2019, which get underway 20 days from today, on 27 September.

While all of the winners in Brussels had already qualified for the World Championships in at least one event, a wild card would, for some, pave the way to competing in another discipline in the Qatari capital or open up a fourth spot on their national team for a teammate.

The winners in Brussels were:

Wild cards are also awarded to winners of the 2017 IAAF World Championships as well as the leaders in the IAAF Hammer Throw Challenge, Race Walk Challenge and Combined Events Challenge. If both are from the same country, only one of the two athletes can be entered as a wild card entry. The acceptance of wild cards is at the discretion of member federations.

The first 16 wild cards were allocated at the first IAAF Diamond League final in Zurich on 29 August.