As part of the IAAF’s sophisticated anti-doping programme at the 14th edition of the IAAF World Championships in Moscow, Russia, blood tests were conducted from 4-18 August for profiling purposes in connection with the Athlete Biological Passport. This programme was conducted in partnership with WADA and the WADA-accredited Laboratory in Lausanne.

A total of 1919 blood samples were collected from the athletes located at four different hotels, and these were analysed daily in the WADA-accredited laboratory in Moscow for haematological screening. The corresponding serum samples have been transferred to the Lausanne Laboratory for further analyses of various blood bio markers which are now on-going.

Such a significant testing programme could only have been implemented with the full and effective support from the Russian Ministry of Sports, the excellent logistical administration and assistance of the Local Organising Committee and a highly committed, dedicated number of volunteers and chaperones.

The Russian Anti-Doping Agency RUSADA contributed to the efficient achievement of these controls through their professional team of blood sampling and doping control officers. The Moscow Anti-Doping Centre, from its newly installed laboratory, managed the largest number of tests ever conducted by the IAAF, in cooperation with IAAF scientific experts.

The IAAF also organised an Athlete Outreach programme at the main athletes’ hotel. This was managed successfully by an experienced team from RUSADA. Hundreds of athletes and support personnel participated, benefiting from a large choice of educational documents, quizzes and other free materials.

In addition to the blood sampling, the analyses of all urine samples collected at the IAAF World Championships have now been completed by the Moscow Anti-Doping laboratory, including the numerous specialised analyses such as EPO and IRMS.

A total of 538 athletes were urine tested during the competition and 132 during the pre-competition period. All urine samples collected in Moscow will shortly be transferred to long-term storage facilities provided by the Lausanne laboratory for eventual re-analyses at a later stage.

From the urine testing conducted, the IAAF can confirm that 7 (seven) athletes, which included one finalist, were reported with adverse findings as follows:

The above athletes have either already been sanctioned or provisionally suspended.

“I am delighted that with the assistance of our partners the IAAF has been able to carry out such a comprehensive anti-doping testing programme in Moscow,” commented IAAF President Lamine Diack. “The specialised analyses and the blood samples taken in connection with the Athlete Biological Passport emphasise the IAAF’s firm commitment and resolve to use the most sophisticated methods at our disposal in the fight against cheating in sport.”

BACK
Pages related to this articleAthletes
Roman Avramenko 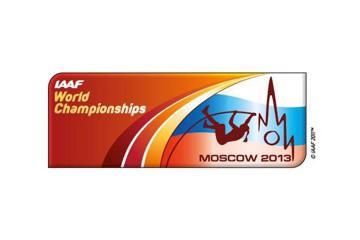