World Athletics can confirm that it has not received the payments due from the Russian Athletics Federation (RusAF) on 1 July, nor any information on when the monies may be paid, despite reminders and correspondence with the Federation.

As a result, World Athletics will stand down both the Doping Review Board (DRB) and the Russian Taskforce until World Athletics’ Council has reviewed and discussed the situation at their meeting on 29-30 July, as set out in the decision made by the Council on 12 March.

Both the Russian Taskforce and the DRB have, in good faith, moved forward in a number of areas such as the process to recruit two independent experts to work alongside RusAF and its Reinstatement Commission on a detailed reinstatement plan. The DRB has also opened up the Authorised Neutral Athlete (ANA) process to facilitate the granting of ANA status for athletes returning to competition, in preparation for the fine being paid by July 1. Both of these processes will be put on hold until the Council meets at the end of July to ensure World Athletics is not incurring additional costs that may not be reimbursed.

“We recognise these are difficult times, but we are very disappointed by the lack of progress made by RusAF in terms of the requirements set in March. The serious allegations of breaching the anti-doping rules resulted in a new RusAF administration and we had assurances and hoped that change was on its way. However, the experience of the Russian Taskforce, chaired by Rune Andersen, is that this has fallen well short of expectations. RusAF is letting its athletes down badly. We have done as much as we can to expedite our ANA process and support RusAF with its reinstatement plan, but seemingly to no avail. The terms of payment of the fine and costs were clear and unchallenged by RusAF at the time so this issue will now need to return to Council at the end of July, as we stated in March.” 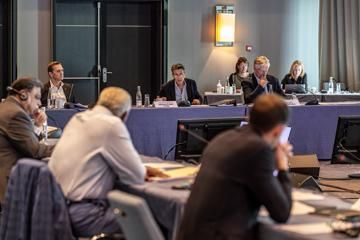