The World Athletics Council has today confirmed the competition format for a cross country event to be included in the Olympic Games.

The event, which has been proposed for the 2024 Paris Olympic Games, would be a mixed team relay for 15 countries.

Each team would be composed of two men and two women. Each member of the team would run two legs of the 2.5km course, alternating between male and female athletes as each athlete completes the 2.5km course and hands over to a teammate.

World Athletics will meet with the Paris 2024 organising committee in the near future to work out further details of the proposal.

World Athletics president Sebastian Coe said he was delighted at the prospect of cross country returning to the Olympic Games 100 years after it last appeared at the 1924 Paris Games.

“My love for athletics began with cross country,’’ he said.

“When I joined my first athletics club, Hallamshire Harriers, the club president was Joe Williams, who ran in the last Olympic cross country race in Paris in 1924. It would be hugely symbolic for this wonderful athletic discipline to return to the fold after a century, and for a new generation of runners to fall in love with the glorious challenge of running off-piste.”

The World Athletics Council also decided to expel the Russian Federation (RusAF) from membership of World Athletics if it does not make the outstanding payments of a $US5 million fine and $US1.31 million in costs before 15 August.

The Council, meeting by teleconference due to the ongoing global Covid-19 pandemic, agreed to follow the recommendations of the Taskforce, delivered by chairperson Rune Andersen in his report today.

Addressing the Council, Andersen expressed his disappointment that the Taskforce had seen “very little in terms of changing the culture of Russian athletics” in the past five years.

He said the Taskforce had spent “an enormous amount of time and effort trying to help RusAF reform itself and Russian athletics, for the benefit of all clean Russian athletes” but the response from RusAF had been inadequate.

In light of a letter sent to World Athletics by the Russian Minister of Sport Oleg Matytsin today, which promises payment of the overdue amounts by August 15, the Council decided to recommend to Congress to expel RusAF from membership of World Athletics, but to suspend the decision.

However this decision will come into effect immediately and automatically if RusAF does not meet the following conditions:

On the first day of the meeting, the Council approved new dates for the World U20 Championships Nairobi 2020 and the World Athletics Race Walking Team Championships Minsk 2020.

The World U20 Championships will now be held in Nairobi, Kenya from 17 to 22 August, 2021, one week after the Tokyo Olympic Games.

The World Athletics Race Walking Team Championships have been rescheduled for 23-24 April, 2022 in Minsk, Belarus.

The World Athletics Half Marathon Championships Yangzhou 2022 have also had a small date change, moving back one week, from 20 March, 2022, to 27 March 2022.

World Athletics president Sebastian Coe said: “The disruption caused by the global pandemic has made it more difficult to schedule international events over the next two years but we want to give as much certainty as we can to our athletes, Member Federations, host cities and partners. We have done our best to choose dates that we believe are achievable and offer the best chance for our athletes and event hosts to shine on the international stage.”

World Athletics also updated the Council on conversations with organisers of the World Athletics Cross Country Championships Bathurst 2021 to explore alternative dates for the event.

This is due to ongoing travel and gathering restrictions resulting from the global COVID-19 pandemic and the measures currently implemented within Australia to contain it. This includes the closure of Australia’s international borders.

World Athletics will work closely with all stakeholders in Australia to explore the feasibility of other dates.  At this time the event remains in the calendar for 20 March 2021. 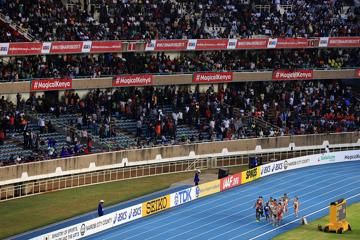 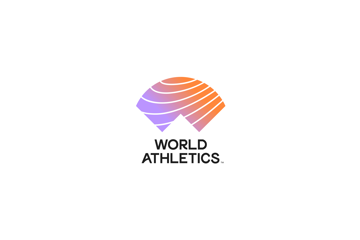