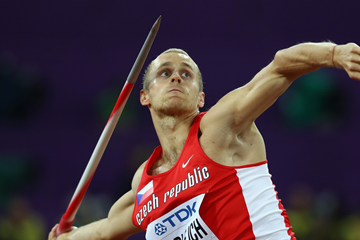 Germany's Thomas Rohler starts as clear favourite of the event. The Olympic champion and world all-time No.3 has been in excellent form again this year. While his 91.78m season's best has been bettered by two of his compatriots this year, Rohler has had a string of consistent results, capped by the European title in Berlin.

Joining him on the European team is the home athlete Jakub Vadlejch. The world silver medallist has also enjoyed an excellent season, with four competitions beyond 88 meters and a best of 89.02m.

Neeraj Chopra of India will be the man looking to challenge the European dominance in the event. The world U20 record-holder improved his national record twice this year, most recently to 88.06m, which gave him a commanding victory at the Asian Games. That was his second major title of the year after a Commonwealth Games gold in April.

The second Asian representative is the continental record-holder, Cheng Chao-Tsun of Chinese Taipei.

Julius Yego of Kenya, the 2015 world champion and this year's African champion, will attempt to give his continent valuable points. The leading entry for the Americas is Anderson Peters of Grenada, bronze medalist in the Commonwealth Games.