A 5000m showdown featuring the top nine men in the world and a triple jump duel between Caterine Ibarguen and Yulimar Rojas are just two of the many exciting clashes set to take place at Lausanne’s Athletissima on Friday (5), the eighth of 12 qualifying IAAF Diamond League fixtures ahead of the two finals.

With the series having now passed the half-way mark, places in the Zurich and Brussels finals – where Diamond trophies and World Championships wildcards will be up for grabs – are starting to fill up.

But, as with every IAAF Diamond League meeting, these events aren’t just an opportunity to rack up points. It’s just as crucial for athletes to gain the upper hand on their opponents as they plot their path towards the IAAF World Athletics Championships Doha 2019.

As yet, no one has fully stamped their authority on the men’s 5000m in 2019. All of the IAAF Diamond League races in that discipline – or its associated distances – this year have had different winners. Yomif Kejelcha won in Shanghai, Telahun Haile Bekele triumphed in Rome, Selemon Barega won the 3000m in Oslo and world cross-country champion Joshua Cheptegei won over two miles in Stanford.

All four of those men will be in Lausanne. In fact, the top nine athletes in the 5000m world rankings will toe the line at the Stade Olympique de la Pontaise in a loaded field that includes the likes of world champion and meeting record-holder Muktar Edris, Olympic silver medallist Paul Chelimo, Olympic bronze medallist Hagos Gebrhiwet and Asian champion Birhanu Balew, who won in Lausanne last year after Kejelcha and Barega collided and hit the track with 100 metres to go.

Muktar Edris in the Lausanne 5000m

Winning in Lausanne proved to be a good omen for Mo Farah in 2015 and Edris in 2017 ahead of winning the world title in those respective seasons. For whoever wins on Friday, it will be interesting to see how they fare in Doha later this year.

In the women’s triple jump, world champion Yulimar Rojas and Olympic champion Caterine Ibarguen will clash for the first time since August 2017.

Rojas competed just once in 2018, retaining her world indoor title in Birmingham, while Ibarguen had one of her best seasons to date, winning the Diamond trophy in both the long and triple jumps before being named the IAAF Female Athlete of the Year.

Ibarguen got her 2019 IAAF Diamond League triple jump campaign off to winning ways with a 14.79m victory in Oslo, but one week later Rojas opened her outdoor season with a Venezuelan record of 15.06m, the longest jump in the world since the 2016 Olympic Games.

Ibarguen has won 20 of her 23 competitions over the past three years. But in all three of her losses during that period, Rojas has finished ahead of the Colombian.

Multiple world and Olympic gold medallist Shelly-Ann Fraser-Pryce showed with her 10.73 run at the Jamaican Championships that she is approaching the best form of her life. If she can reproduce that kind of shape in Lausanne, it will be difficult for the likes of world silver medallist Marie-Josee Ta Lou, European champion Dina Asher-Smith and double world 200m champion Dafne Schippers to stick with the Jamaican.

Noah Lyles after his 19.69 win in Lausanne

Following a narrow defeat in Rome, USA’s Noah Lyles will be keen to re-establish himself as the world’s best 200m sprinter. Lyles, who won in Lausanne last year in 19.69, ran 19.72 in the Italian capital in his first 200m race of the year to finish just 0.02 behind Michael Norman.

World silver medallist Salwa Eid Naser has been undefeated over 400m so far this year, taking the Arab and Asian titles at the start of the season before winning at the IAAF Diamond League meetings in Shanghai, Rome and Rabat.

All smiles - Salwa Naser after her 400m win in Lausanne

Since then, however, Jamaica’s Olympic bronze medallist Shericka Jackson has clocked a lifetime best of 49.78, making her the fastest in the Lausanne field based on season’s bests.

Orlando Ortega heads to Lausanne after a victory over a quality field in Stanford last weekend, but the Olympic silver medallist from Spain isn’t the fastest in the field this year. That honour belongs to 21-year-old Daniel Roberts, who will be contesting his first race on the professional circuit after clocking 13.00 to finish second at the NCAA Championships last month.

China’s Xie Wenjun, France’s Pascal Martinot-Lagarde and world indoor champion Andrew Pozzi will also be keen to bank valuable points in the road to the final.

Shamier Little and Ashley Spencer, winners of the 400m hurdles in Lausanne in 2018 and 2017 respectively, return to the Swiss city to take on a field that includes world champion Kori Carter, Commonwealth champion Janieve Russell, two-time world champion Zuzana Hejnova and European champion Lea Sprunger, who set her PB of 54.29 on this track two years ago.

Echevarria, Lasitskene and Duplantis set to star in jumps

Juan Miguel Echevarria looks to be saving his biggest jumps for later in the season, but the young Cuban has already done enough to book his spot at the IAAF Diamond League final in Zurich.

In her four most recent competitions, two-time world high jump champion Mariya Lasitskene has cleared 2.01m, 2.02m, 2.06m and 2.04m. Any further improvement would be enough to better her own meeting record of 2.06m set in 2017.

In Lausanne she’ll face the only two women to have beaten her in an outdoor competition over the past three years – Olympic silver medallist Mirela Demireva and world silver medallist Yuliya Levchenko – as well as consistent Swede Erika Kinsey and world U20 champion Karyna Taranda.

The women’s event will be held on the eve of the main competition at the Esplanade du Flon in the city centre. Although it’s a non-scoring discipline in Lausanne, the high-quality line-up features Olympic champion Katerina Stefanidi, European indoor champion Anzhelika Sidorova, US indoor champion Kate Nageotte, 2015 world champion Yarisley Silva and British record-holder Holly Bradshaw.

World silver medallist Timothy Cheruiyot heads to Lausanne off the back of convincing victories in Stockholm and Stanford. The 2018 Diamond League champion, who will be competing in Lausanne for the first time, currently leads the series in his event but will face the four men who follow him in the standings: 2014 world indoor champion Ayanleh Souleiman, European champion Jakob Ingebrigtsen, Rabat winner Vincent Kibet and world indoor bronze medallist Bethwel Birgen.

Another Diamond League champion, Emmanuel Korir, will be looking for his first 800m win of the year. His task will be made slightly easier by the fact that Nijel Amos, who beat Korir in Doha and Rabat, won’t be in Lausanne, but he’ll still have to compete with the likes of Canadian record-holder Brandon McBride, world and Olympic finalist Ferguson Cheruiyot, world indoor champion Adam Kszczot, Olympic bronze medallist Clayton Murphy and world indoor 1500m silver medallist Marcin Lewandowski.

World leader Lyu Huihui has already done enough to book her place in the IAAF Diamond League final and won’t be in Lausanne, so her absence makes way for the rest of the best javelin throwers in the world to rack up points.

Latvia’s Lina Muze finished second in Shanghai and third in Rome, so will be keen to achieve her first IAAF Diamond League victory of 2019. Turkey’s Eda Tugsuz beat Muze in Rome and should feature highly in Lausanne.

Chase Ealey was something of a surprise winner in Shanghai two months ago, but the US shot putter has backed it up with a runner-up spot in Oslo and a third-place finish in Stanford, throwing beyond 19 metres on each occasion. 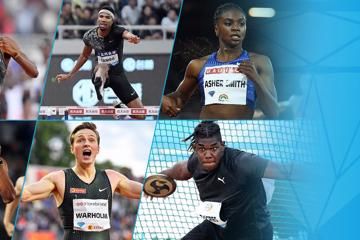 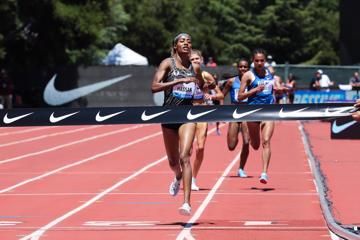 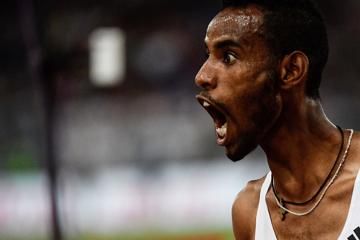 Haile Bekele embarks on journey to live up to...