A strong Kenyan contingent is expected to dominate proceedings once again at the Edinburgh Marathon on Sunday (28) as the event, an IAAF Bronze Label road race, reaches its 15th year.

With several thousand competitors expected to descend on Scotland’s capital city for the full 26-mile race and the adjoining half marathon, Eddah Jepkosgei is returning to defend the title she won last year.

And compatriots Stanley Kiprotich Bett, Joel Kositany and 2014 runner-up Japhet Koech are likely to make it an all-African scrap for the podium with only Ukraine’s Igor Russ – who was well outside his lifetime best in coming 48th at last summer’s Olympic Games in Rio – looking likely to threaten their dominance.

Kositany appears the overall favourite with a leading personal best of 2:09:50, set in Israel five years ago. The last-minute addition to the field has a firm pedigree on British shores after winning the Belfast Marathon three times in the past four years.

Koech, in his fifth Edinburgh appearance, may be in line to finally take victory with his path eased by the late withdrawal of Ethiopia’s Afework Ayele Kibret who was unable to secure a travel visa.

Multiple Dutch champion Patrick Stitzinger, fighting back from a series of injuries, may also be in the frame with the course record of 2:15:26, set in 2005, likely to come under attack.

“We think it’s going to be a pretty competitive field,” said elite race director Freya Ross. “Kositany has come in late and he’s got pretty good times. But Russ has done very well over the past year and he’s probably going to be right up there.”

With the event starting in Edinburgh’s city centre and then looping out to the coast, the expected warm conditions could point to a repeat triumph for Jepkosgei who 12 months ago took victory in 2:39:53, six minutes outside the course record set in 2005.

But 2005 World Championships representative Hayley Haining, who scored second place in 2016, is also back with the university lecturer still very much competitive at the age of 45.

The main marathon, still regarded as the second-largest in the UK to London, has become part of an overall two-day running festival which is now incorporating junior races on top.

“We’re really hoping for a lot of people to come out and support the runners,” said Ross, who also competed for the UK at the 2012 Olympics. “It makes such a difference when you’re out there although we’re advising everyone to bring their sunscreen.”

BACK
Pages related to this articleAthletes
Eddah Jepkosgei 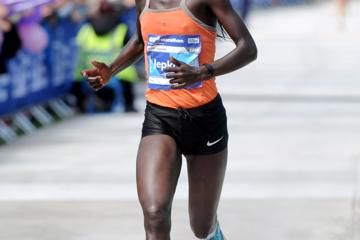 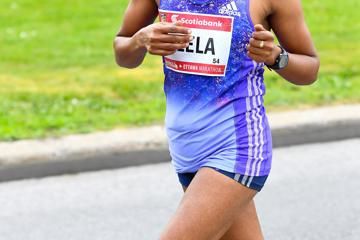 Five things to follow on day one in Tokyo