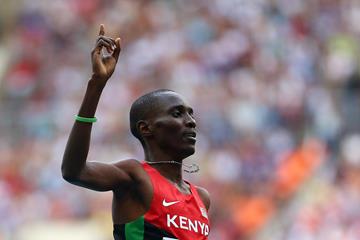 While Kampala is expected to add to the rich tradition of IAAF World Cross Country Championships that now spans more than four decades, it will also add a new chapter from the moment the gun sounds the first race at the Kololo Independence Grounds on Sunday (26). That will signal the start of the inaugural mixed relay which will kick off the action-packed afternoon programme in the Ugandan capital.

The eight-kilometre race will be contested by teams composed of two men and two women who will each run a two-kilometre loop, in any order they wish. The runners will pass a wrist band that serves as the baton through a 20-metre long exchange, or takeover zone.

Quartets from a dozen countries have entered, but the maiden contest is expected to be a fierce battle between the world's two most dominant distance-running rivals, Kenya and Ethiopia, whose relay squads will arrive in Kampala powered by two of the best 1500m runners in history.

For the Kenyan quartet, that means Asbel Kiprop, a three-time world and 2008 Olympic champion over the distance who is hoping to collect another world cross gold to add to his triumph in the junior race in 2007 when he was just 17.

For Ethiopia, it means Genzebe Dibaba, the world 1500m world record-holder indoors and out, who'll be gunning for an eighth medal at these championships after having already added four gold, two silver and a bronze to her family's prodigious collection. With strong 3000m credentials – Dibaba has won two world indoor titles over the distance – it could be argued that she's best suited for 2000m, the distance she'll run here and the distance at which she set a world indoor best this winter.

Dibaba meanwhile will join rising star Yomif Kejelcha, the 2014 world U20 champion and world indoor champion at 3000m; 17-year-old Welde Tufa, a fourth-place finisher at the 2015 World U18 Championships; and Bone Cheluke, a largely unknown quantity.

Others expected in the medal chase are Turkey, whose team card includes European 5000m and 10,000m champion Yasemin Can and 2015 European cross-country champion Ali Kaya.

The US squad, which includes Olympic 5000m silver medallist Paul Chelimo, could also figure in the medal hunt.

Besides national pride, there's also money on the line. A total prize pool of US$30,000 is on offer, with US$12,000 earmarked for the winning team. Here, the first four teams across the line will be awarded prize money.

So, will we see Kiprop and Dibaba, two of the generation's finest 1500m runners, going head-to-head? Possibly, but we won't know until race morning as the team’s running order doesn't need to be declared until three hours before the start.