Road to the final heats up in Monaco – IAAF Diamond League

Top DJ Martin Solveig will be in residence at the Louis II stadium on Friday night as the IAAF Diamond League circuit reaches Monaco. If the sets he plans to mix are anything like as compelling as the mix of top-class action on show over two days of competition in the Principality, he will be doing very well.

Noah Lyles, edged into third place over 100m by his US compatriots Christian Coleman and Ronnie Baker in Rabat last week, remains unbeaten in the IAAF Diamond League over 200m, and he will continue his defence of the title he won in Brussels last year against a field that includes Turkey’s world champion Ramil Guliyev.

The charismatic young sprinter from Gainesville, Florida, who turns 21 today (July 18), beat Guliyev in Doha and Eugene, although the Turk took full advantage of his absence in the Oslo and Stockholm IAAF Diamond League legs to earn maximum points.

Six of the field have broken 20 seconds this season, and other contenders include Ecuador’s in-form Alex Quinonez, who has run a personal best of 19.93 this year, Aaron Brown of Canada and Panama’s Alonso Edward.

There is also a strong US presence in the form of world champion Phyllis Francis, world indoor silver medallist Shakima Wimbley and Jessica Beard, who has run 50.08 this season.

The final event on the programme, the men’s 3000m steeplechase, will be in large part a re-run of the competitive race at last Friday’s IAAF Diamond League meeting in Rabat, where Kenya’s Benjamin Kigen won in a personal best of 8:06.19, the fastest run this year, from Ethiopia’s Chala Beyo, who set a personal best of 8:07.27, and Morocco’s world silver medallist Soufiane El Bakkali, who ran 8:09.58.

All three are in the field, along with the world, Olympic and Commonwealth champion Conseslus Kipruto – a winner at the non-Diamond League race in Rome on May 31 in 8:08.40 but only 12th in Morocco in 8:27.36.

South Africa’s world and Olympic 800m champion Caster Semenya, who has explored her potential over longer distances in the past couple of weeks, returns to her main event and will be seeking to better the extraordinary personal best of 1:54.25 she set at the IAAF Diamond League meeting in Paris on June 30.

Semenya, who finished sixth in the Lausanne 1500m in 4:00.44 and then set the fastest 1000m seen so far this season, 2:31.01, in Rabat, will face Burundi’s world and Olympic silver medallist Francine Niyonsaba, who won in the South African’s absence in Lausanne on July 5.

France’s world decathlon champion Kevin Mayer made the most of the ‘triathlon’ event in front of his home fans at the IAAF Diamond League meeting in Paris last month, setting PBs of 13.71 in the 110m hurdles and 16.51m in the shot put.

In Monaco the talents of an athlete who added the world indoor title to his CV this year will be tested as never before as he targets winning a first European title in Berlin next month.

Mayer’s competition starts tomorrow (July 19) the day before the main programme of events as he takes part in a men’s shot put that will see the return to top-class competitive action of US Olympic champion Ryan Crouser following his injury in last month’s national championships.

At a specially constructed circle at Port Hercule, Crouser – who is talking about world record possibilities – will renew his mighty conflict with New Zealand’s world champion Tomas Walsh, who has won the past two Diamond League meetings in Oslo and Lausanne, and tops the 2018 world list with his 22.67m effort in Auckland back in March.

Now Crouser – who defeated the Kiwi in Eugene – sounds ready to re-state his own case as the top shot putter.

In the women’s event that will precede the men’s at the port side, Walsh’s compatriot Valerie Adams, back to competition after giving birth to a daughter last October, is seeking the form that has previously earned her four world and two Olympic titles.

But the favourites will be China’s world champion Gong Lijiao, who tops this year’s world list with 20.38m, Raven Saunders of the United States, who has reached 19.56m this season, and Germany’s Christina Schwanitz.

Valerie Adams, winner of the shot put at the IAAF Diamond League meeting in Monaco

On Friday, Mayer will find himself in the big league again as he lines up in a men’s 110m hurdles field that includes compatriot Pascal Martinot-Lagarde, who ran a season’s best of 13.22 to win at the Athletics World Cup in London on Saturday, world record-holder Aries Merritt of the United States, Olympic silver medallist Orlando Ortega of Spain and world silver medallist Sergey Shubenkov.

Shubenkov, who became a father in June, is clearly finding parenthood congenial to his career as he has amassed three sub-13-second timings this month, and the three fastest times of 2018, including a personal best of 12.92.

Kenya’s Elijah Manangoi may have beaten his training partner Timothy Cheruyiot to the world 1500m title last summer but this season it has been the latter athlete who is pre-eminent.

Cheruyiot remains unbeaten over his strongest distance this season, and has twice beaten Manangoi, at the Eugene and Rome IAAF Diamond League meetings.

The two meet again in Monaco in a stellar field that also includes Olympic champion Matt Centrowitz of the United States and Ayanleh Souleiman of Djibouti.

Marie-Josee Ta Lou, world silver medallist last year over 100m and 200m, has been on the gold standard this season with IAAF Diamond League victories in the Doha, Eugene and Lausanne 100m, and the Rome 200m.

In Monaco she faces a field that includes her fellow Ivory Coast runner Murielle Ahoure, who won the world indoor 60m title in Birmingham in March, the Netherlands’s double world 200m champion Dafne Schippers, honing her form ahead of defending her European 100m title next month, and Olympic 100m and 200m champion Elaine Thompson of Jamaica – always a threat even if she doesn’t appear to be at her sharpest right now.

Jakob Ingebrigtsen, who runs in the men’s 1500m, isn’t the only world U20 medallist jumping back into elite competition in Monaco. Kenya’s 19-year-old Celliphine Chespol, winner in Tampere in a championship record of 9:12.78, is stepping back into a field packed with the world’s leading performers in the 3000m steeplechase.

But as she is already second on the world all-time list with 8:58.78 – a time she achieved despite losing a shoe on the penultimate lap water jump – she need hardly feel inferior.

That said, Chespol, who ran a season’s best of 9:01.82 in Paris, will be a full stretch against a field that includes Beatrice Chepkoech, the fellow Kenyan who beat her in the French capital in 8:59.36, the fastest run so far this season.

Also in the field are the two compatriots who chased her home in Paris, 2015 world champion Hyvin Kiyeng and Norah Jeruto, as well as the US runners who took gold and silver at last year’s IAAF World Championships, Emma Coburn and Courtney Frerichs.

With Qatar’s world champion Mutaz Essa Barshim out for the season following the ankle ligament injury he sustained in shooting for the moon earlier this month at what would have been a world record of 2.46m, the field is now open for a new IAAF Diamond League champion.

World silver medallist Danil Lysenko, who beat Barshim to the world indoor title earlier this year, indicated in Lausanne earlier this month that he is the man stepping up as he won with 2.37m.

Cuba’s Pedro Pablo Pichardo got his season off to a great start with victory over his perennial US rival, world and Olympic champion Christian Taylor, with an effort of 17.95m that is still comfortably the best seen this season.

Taylor beat Pichardo by a single centimetre – 17.62m to 17.61m – when their paths next crossed at the IAAF Diamond League meeting in Lausanne earlier this month.

In the women’s pole vault, USA’s world indoor champion Sandi Morris and 36-year-old 2012 Olympic champion Jenn Suhr – enjoying, in her own words, a “re-vitalised” career – have set the early IAAF Diamond League pace, with Morris winning in Doha and Oslo and Suhr in Eugene.

In Lausanne this month Greece’s Katerina Stefanidi, whose start to the season has been hampered by injury, managed to assert the European cause – although she only beat Suhr on countback as both cleared 4.82m. It’s likely to be an equally close affair this time round.

Monaco will showcase another French world champion heading for Berlin, Pierre-Ambroise Bosse, in a non-Diamond League 800m which includes Nijel Amos of Botswana. 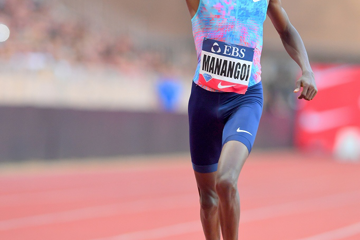 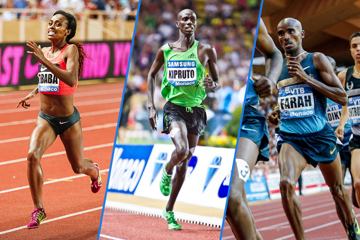