Keter and Degefa the favourites in Olomouc

Kenneth Keter of Kenya and Ethiopia's Worknesh Degefa will start as favourites at the Mattoni Olomouc Half Marathon, an IAAF Gold Label Road Race, on Saturday (24).

Veteran Felix Kandie could also be a factor as well. With two sub-2:06 marathons under his belt, the 30-year-old has stronger credentials over the longer distance, but a 1:00:04 half marathon best set last year shows he can be expected in the mix. Notable too is that his 2:06:03 personal best in the marathon was set in March, illustrating that he's in the shape of his life.

Also expected in the mix is rising British star Callum Hawkins, who's twice come close to breaking 60 minutes this year. In February, he clocked 1:00:00 to win in Marugame, Japan, and followed up with a 1:00:08 run in New York in March, finishing second.

In the women’s contest, Degefa leads a strong top-end trio.

The Ethiopian won January's Dubai Marathon with a 2:22:36 personal best, and more recently finished third in the Istanbul Half Marathon in 1:08:55 and second over 10km in Bengaluru in 32:00. The 26-year-old is well known to Czech fans, having won the Prague half in 2015 and finishing second there last year with a 1:06:14 lifetime best.

Her biggest challenge could come from compatriot Netsanet Gudeta. Twice a top-six finisher at the IAAF World Half Marathon Championships, the 26-year-old recently improved her 10km best in Ottawa where she emerged victorious in 31:35, indicating solid form. Her 1:07:31 lifetime best dates back to 2015; Olomouc will be her first half marathon this year.

Most likely to challenge that Ethiopian 1-2 is Rose Chelimo. Second in this race in 2015, the Kenyan-born Bahraini has a 1:08:08 lifetime best to her credit and also arrives in solid form. In April she finished second in the Boston Marathon in 2:22:51 and last month clocked 31:37.81 over 10,000m on the track, both career bests. 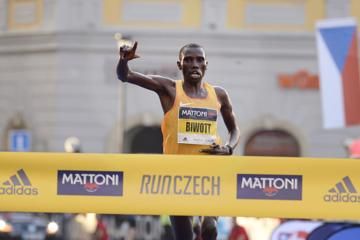 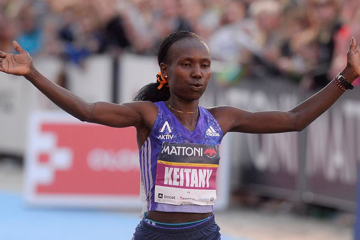