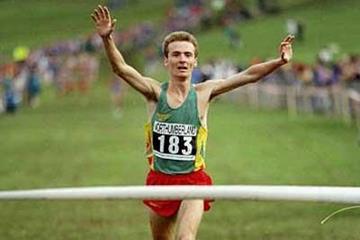 Portugal vs Kenya: fight to the last Albufeira in the IAAF World Cross Challenge

A memorable battle will be fought on Sunday on the fields of Albufeira, in Portugal. This will be the scene of the 21st edition of the "Cross Internacional Das Amendoeiras" - Almond Blossom Cross Country, 7th stage of the IAAF World Cross Challenge, and it looks set to be a closely fought battle between Portugal and Kenya.

The Portuguese are some of the greatest European fans of cross country and have produced a great number of top class runners over the years, and also the legendary Carlos Lopes - three time world champion. Lopes matured his talent patiently, reaching Olympic glory in Los Angeles, in the marathon, at the age of 37. The following year, in 1985, he managed two other notable exploits: he won the Rotterdam Marathon in a new world record time of 2:07.12 (still the 4th best time ever) and won his third cross country world champion’s title. This latter success, in Lisbon, was also the last by a non African.

On Sunday, Kenya will be presenting an impressively strong and coherent line-up: Richard Kosgei, James Kariuki, Tom Nyariki, Joseph Kipruto, Benson Masya, Elija Lagat and the winner of the Tourcoing Cross on 1 Feb, Bernard Barmasai, who has a 3000 steeplechase best of 8:10.84.

The Portuguese team will be led by Paulo Guerra, ex-European champion and will include Domingos Castro, Alfredo Bras, Carlos Monteiro, Carlos Patricio and José Ramos. There will also be a strong British team, with Paul Evans, John Nuttall, Rob Denmark and Andrew Pearson.

Although Portugal will be able to count on the talent of Fernanda Ribeiro, Olympic gold in the 10,000m, Conceiçao Ferreira, Marina Bastos and Ana Dias, Kenya will be fielding Tegla Loroupe, a great marathon runner and sixth in the 10,000m in Atlanta, and Joyce Chepchumba.

But the danger for both will come from the East: from Elena Fidatov (ROM), current leader of the IAAF World Cross Challenge (which offers a total of $160,000 in prize money, including $25,000 dollars each to the winners of the men’s and women’s events in 1997) who seems likely to dominate this season’s cross country scene.