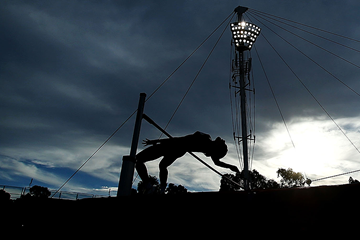 High jumper Yaroslava Mahuchikh will be aiming to become just the second Ukrainian athlete in history to win a world U18 title in a jumps event.

Although she is still just 15 years of age, Mahuchikh sits comfortably at the top of this year’s world U18 list with a best of 1.89m. Far from being a one-off, she has backed it up with a 1.88m jump and two clearances at 1.85m.

Ukraine’s only other world U18 jumps title came in the girls’ high jump with Irina Kovalenko setting a championship record of 1.92m in 2003. If Mahuchikh were to improve on that, she would also tie the world age-15 best.

But Martyna Lewandowska will be highly motivated. The pole narrowly missed out on a medal on countback at last year’s European Youth Championships. The 16-year-old has improved her PB by five centimetres this year to 1.85m.

Valentina Ulyanova will be competing in Nairobi as a neutral athlete. Although her outdoor best is just 1.75m, she leapt an outright PB of 1.84m during the indoor season earlier this year.

Germany’s Bianca Stichling, who has jumped 1.80m this year, and Lavinja Jurgens, who set a lifetime best of 1.84m last year, could also be in the medal hunt, as could Jamaica’s Janique Burgher.

With the event being held as a straight final, Maryam Abdulhameed will make history by becoming the first woman from Iraq to compete in a final at a global championship. And with a best this year of 1.77m, she may not be too far from the medals.