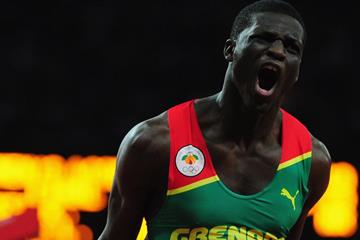 The IAAF World Championships Beijing 2015 400m final set new standards over one lap of the track.

Never before had three men broken 44 seconds in the same race, and there is high anticipation that there could be a repeat of that three-way duel in Rio.

Beijing winner Wayde van Niekerk clocked an African record of 43.48 in the Chinese capital to elevate himself to fourth place on the world all-time list for the event and there is no sign that the South African, who was his country’s flag bearer in the opening ceremony, is any less prepared for Rio than he was for Beijing 12 months ago.

He stands third on the 2016 world list with his 44.11 at altitude in South Africa earlier in the year but has posted wins at the IAAF Diamond League meetings in Rome and Monaco, the latter in 44.12 just a few weeks ago.

LaShawn Merritt, the 2008 Olympic champion, has been prolific around the IAAF Diamond League circuit and he is the only man to have run faster than 44 seconds so far this year, clocking 43.97 to win at the US Olympic Trials.

In Beijing, he lowered his personal best to 43.65 when finishing second in pursuit of Van Niekerk. In addition to a medal in Rio, preferably gold, he is also aiming to go faster than ever before.

Olympic champion Kirani James finds himself in a similar position to Merritt.

In Beijing, he ran 43.78 for the bronze medal, just 0.04 short of his best, and he has already shown he is in fine shape this year with a best time of 44.08 ahead of Rio and wins at the IAAF Diamond League meetings in Eugene and Birmingham.

This season’s form points towards the three medallist from Beijing also being on the podium in Rio but there are others who could enter the reckoning for the medals if they can raise their game, although in every case that would probabaly require a sizable improvement of their personal bests.

Perhaps the next man most likely to run under 44 seconds for the event is the super-talented 2014 world U20 champion Machel Cedenio, who is still only 20 and finished seventh in Beijing.

The Trinidad and Tobago athlete lies fifth on this year’s world list with the 44.34 he ran when finishing second to Van Niekerk in Monaco.

Botswana’s Baboloki Thebe is another impressive youngster and is even younger than Cedenio at just 19.

He ran an African U20 record of 44.22 at altitude in Botswana, which when the news emerged had people wondering about the veracity of the time, but he showed that was no fluke by winning the African title in June in 44.69. But he squandered the chance of succeeding Cedenio by getting disqualified in the semi-finals at the recent IAAF World Junior Championships Bydgoszcz 2016.

The others to look out for if one of the main names falters mainly come from the Caribbean.

Grenada’s number two Bralon Taplin has run 44.38 and Bahamas’ Steven Gardiner, who made a big breakthrough in 2015, has 44.46 to his name this year.

Costa Rica’s 2012 world indoor champion Nery Brenes improved his national record to 44.60 in the helpful conditions of Madrid two months ago. Jamaica’s Javon Francis is another relative youngster at just 21 and having run 44.77 this year, he is another who might move up to another level in the Olympic stadium.

Asian and world U20 champion Abdalelah Haroun of Qatar, just 19 himself, hasn’t shown quite the blazing speed of 2015 when he ran 44.27 but was second at the IAAF World Indoor Championships Portland 2016 and is also worth keeping an eye on.

With the current depth of talent in this event, it’s distinctly possible that no European will progress to the final but if Great Britain’s two-time European champion Martyn Rooney or Czech Republic’s two-time world indoor champion Pavel Maslak can get a PB, then potentially they could also get themselves a third race in Rio.