Athletes from 27 countries were in action at the second edition of the African Youth Championships in Reduit, Mauritius, with Kenyan distance runner Emily Chebet showing some of the talent of her famous namesake and providing the highlight of the four-day meeting which ended on Sunday (26).

Chebet, in what could be a foretaste of how the medals will be distributed at the IAAF World Youth Championships in July, took the 3000m girls' title in a world-youth-leading time and personal best of 9:10.57.

Her compatriot Sheila Chelangat got the silver medal in 9:11.38 with Uganda’s Janat Chemusto third in 9:15.38.

Kenya dominated the other middle and long-distance events as well, including the girls' 2000m steeplechase with Sandra Chebet and Ann Gathoni taking gold and silver in a world-youth-leading 6:20.47 and 6:29.09 respectively. Chebet's time moves her to eighth on the world youth all-time list for the event.

But there was no doubt that South Africa was overall the strongest nation in Mauritius, taking no fewer than 17 gold medals and showing their strength, particularly in the sprints and throws.

Patrick Devenhage was the best boy in the world in the shot put prior to the championships, following his recent 20.62m in Bloemfontein, but he was surprised by his team-mate Burger Lambrechts who sent his implement flying out to 20.89m with his fourth attempt to claim the win.

Adding to the South African domination of the heavy throws, Werner Visser won the boys' discus with 64.18m and Yolandi Stander took the girls' shot put with 14.95m.

Leotlela won the 100m in a slightly wind-aided 10.38 (2.2m/s) with his compatriot Kyle Appel second in 10.49, and then showed impressive form in the 200m which he won by more than half a second in 20.84 following the disqualification for a false start by his anticipated nearest challenger Appel.

The TuksSport High School student, who leads the world with wind-legal bests of 10.41 and 20.63, albeit at altitude, will now be bidding to do what no South African boy has done before and get a 100m or 200m medal at the IAAF World Youth Championships.

Another South African win went to Taylon Bieldt, who won the 100m hurdles final in 13.30, just 0.03 behind her world-leading performance of 13.27, clocked two weeks ago in Bloemfontein.

A rare win for an athlete from somewhere other than Kenya or South Africa went to Botswana's Karabo Sibinda, the second-fastest boy over 400m in the world this year with his 46.33 at altitude in Addis Ababa. He clocked 47.06 in his semi-final before taking the gold over one lap of the track in 47.40.

Reynolds Quirin for the IAAF 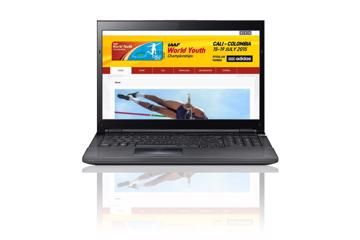 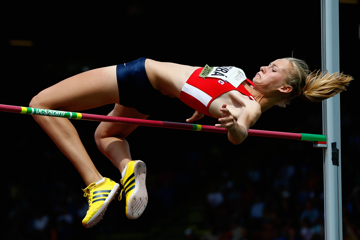 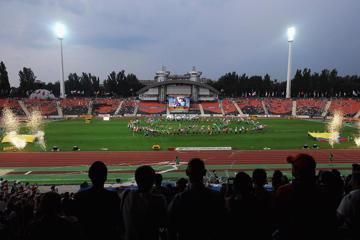