Unbeaten this year, Pozzi stopped the clock at 7.44 in the 60m hurdles heats to equal the world-leading mark he set in Karlsruhe last Saturday. After some disqualifications for false starts and a subsequent delay to proceedings, Pozzi duly won the final in 7.51.

While the 24-year-old was disappointed not to run quicker in the final, his time was still faster than his pre-2017 lifetime best.

“I’m really happy with the times I’ve put together today, now the main aim is to try and win the championships in Belgrade,” he said. “I’ve got the quick times under my belt, so it’s about reproducing that type of form come the championships.”

Both improved in the next round with Ugen leaping 6.58m to Johnson-Thompson’s 6.54m. European silver medallist Jazmin Sawyers then entered the fray with a third-round jump of 6.54m. It prompted Johnson-Thompson to respond with 6.69m to take the lead while Ugen sailed out to 6.66m.

The positions remained the same throughout rounds four and five, but Ugen rounded out her series with a season’s best of 6.72m to regain the lead. Johnson-Thompson’s response of 6.68m wasn’t quite enough to move back into first place.

Tom Bosworth, who finished sixth in the 20km race walk at the Rio 2016 Olympic Games, smashed his own national indoor record for the 5000m race walk. He recorded consistent kilometre splits of 3:45 and increased his tempo for the final few laps to cross the line in 18:39.47, moving into the top 25 on the world indoor all-time list.

"I can only imagine what it will be like on the Mall in London (for the IAAF World Championships) this summer, I cannot wait," said Bosworth. "I am in a really good position – that was a world lead by some way but I knew I was capable of it. It's great to win a national title but it is about performing on the international stage."

Hurdles specialist Eilidh Doyle won a competitive 400m final. She had a slight lead at the bell and managed to hold off a strong challenge from twin sisters Laviai and Lina Nielsen on the second lap, crossing the line in 52.64. Laviai, the European junior champion, was second in 52.86, just 0.03 ahead of her sister. Phillipa Lowe was a close fourth in 52.99.

Asha Philip successfully defended her 60m title in 7.19, winning by 0.19, while Andrew Robertson won the men’s short sprint in 6.57 ahead of Theo Etienne (6.59) and veteran Dwain Chambers (6.62). 2014 world indoor champion Richard Kilty was disqualified for a false start after qualifying fastest for the final with 6.62.

Steven Mills and Jon Mulkeen for the IAAF 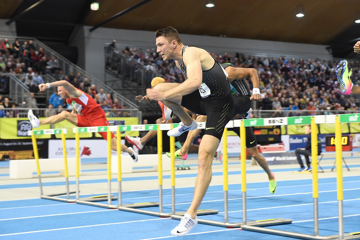 Pozzi’s patience starting to pay off... 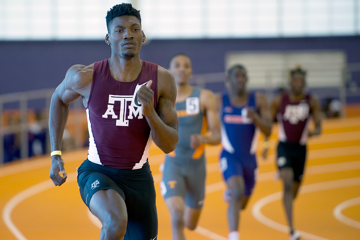 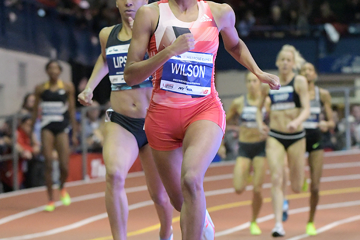 Wilson, Hassan and Okolo shine on night of wo...