The performance by the 29-year-old Kenyan bettered the previous record in a mixed gender race of 14:48 set by Caroline Kipkirui in 2018, and is also one second faster than Sifan Hassan's 14:44 record for a women's-only race, until this morning the fastest time ever produced over the distance since the 5km was introduced as a world record event in November 2017.

Chepkoech battled strong winds during the early stages of the race along the Monaco coastline but fought on over the latter stages to claim a second world record, this one joining her 8:44.32 record in the 3000m steeplechase set in 2018, also in Monaco.

"I'm so happy because I didn't expect it," said Chepkoech, the 2019 world champion in the steeplechase. "It was cold and there was a lot of wind, but I tried to follow my pace maker and everything was perfect."

She may not have had the world record in mind initially, but Chepkoech did set her sights on victory from the outset.

Despite the winds, Chepkoech had already forged a six-second lead just 500 metres into the race, before reaching the first kilometre in 2:57, 15 seconds clear of Meraf Bahta, her nearest competitor. Splits of 2:59 for the second kilometre and 3:01 for the third followed before she and pacesetter Luuk Maas decided to up the tempo as they approached the Larvotto Tunnel portion of the course, at the northeastern edge of the Principality's main port, a second time.

Since the winds had died down, she said, "my pacemaker told me ‘we can do it, let’s push it’."

After a 2:57 fourth kilometre, Chepkoech ended her morning's work with a 2:47 closing kilometre to take ownership of the world record.

Chepkoech had already illustrated her strong early 2021 form with an 8:34.21 career best over 3000m indoors in Lievin on 9 February. She'll race next at the Copernicus Cup leg of the World Athletics Indoor Tour Gold meeting series in Torun, Poland, on 17 February before returning home to resume her training.

Joshua Cheptegei, who set the men's world record of 12:51 at this race last year, successfully defended his title, clocking 13:13.

The 24-year-old Ugandan ran at or near the front from the gun but it was clear early on that the conditions would not be conducive for a serious assault on his year-old record. 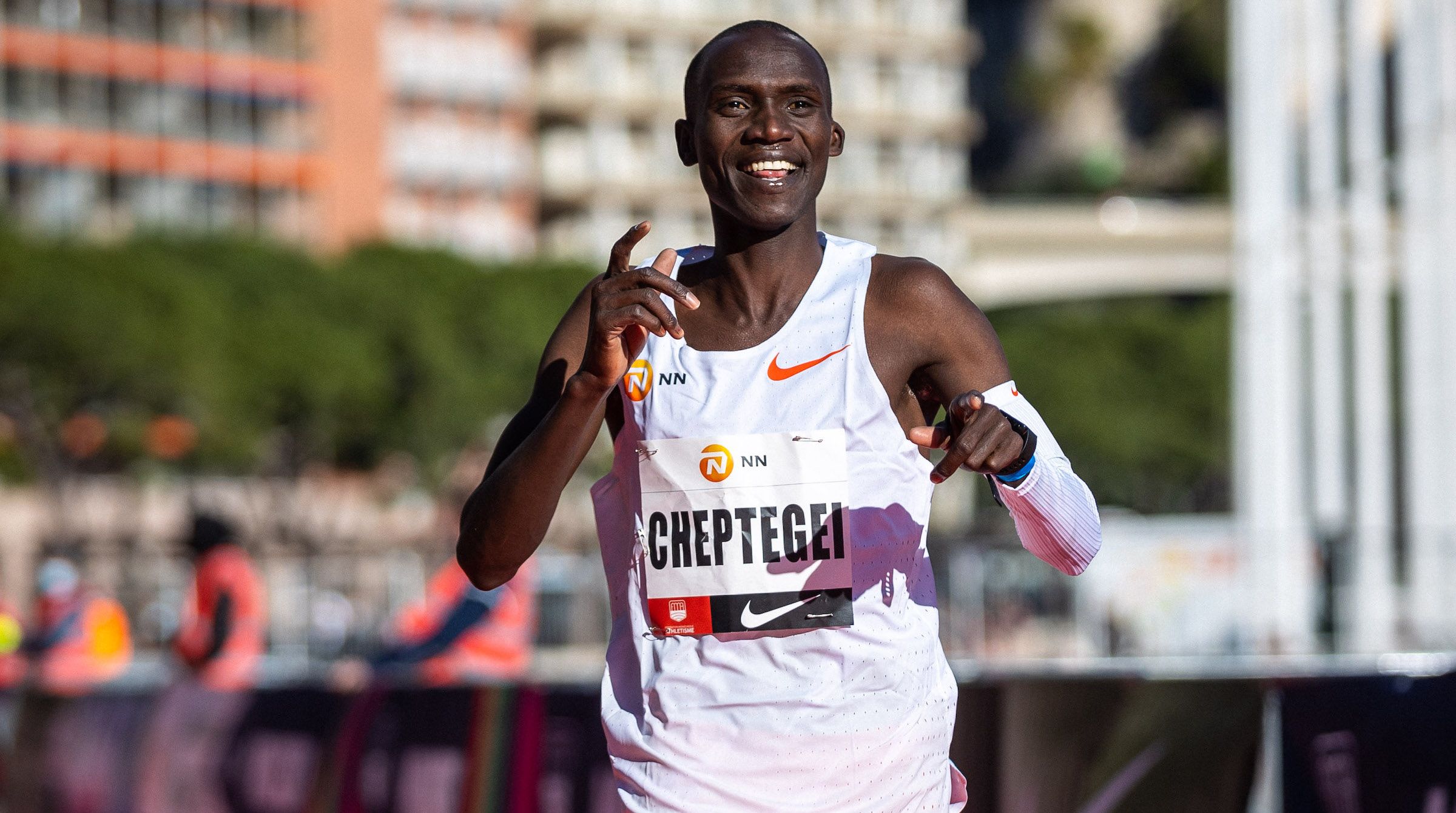 "The wind was incredibly difficult," said Cheptegei, who covered the opening kilometre in 2:44, 13 seconds behind the pace that propelled him to the world record last year. Kilometre splits of 2:41, 2:37 and 2:38 followed before he closed with a 2:32, the fastest of the race.

Kenyans Bethwell Birgen and Davis Kiplangat clocked 13:17 and 13:19 to round out the top three with Morhad Amdouni of France fourth in 13:19, one second outside of the European record set by compatriot Jimmy Gressier at this race last year.