The 25-year-old Kenyan won this IAAF Silver Label Road Race with in a course record of 2:05:46, bettering the previous best set last year by his compatriot Jafred Chirchir by just two second. With his time Chumba also bettered his personal best (2:07:23) by over one and a half minutes.

"I was very, very tired over the last two kilometres," admitted Chumba. "I didn't really know what was happening behind me."

"I decided to make my break just before 29 kilometres because my body felt very good and the pace at that time felt so slow. I was quite surprised at first because I thought somebody might come with me but I soon felt confident that I could win.

"I knew I was running fast but I was never quite sure how fast until I turned the last corner and saw the clock at the finishing line.

"The man on the motor bike (race director Peer Pulles) was showing me cards with times, telling me how fast I was going, but it didn't register. I could see what he was doing but it didn't go into my mind," said the softly spoken Chumba, who hails from Kapsabet and who is a training partner of 2012 Paris Marathon winner Stanley Biwott.

Kenyans Franklin Chepkwony and teenager Erick Ndiema finished second and third in 2:06:11 and 2:06:17. Just like last year pre-race favourite Tadese Tola of Ethiopia was a disappointing fourth in 2:08:01.

A large group of around 20 including the pacemakers set out a rather fast pace passing five and ten kilometres in 14:39 and 29:33, respectively. A 59:45 split at the 20 kilometres marker followed before the midway point was reached in 1:02:57, just 12 seconds over the foreseen half way split. The group was still compact. Just after the half way point Ethiopian Sisay Jisa tried to break away but he soon was reeled back in. Sisay's break was a sign. The group now broke and at the 25 kilometres point nine runners - Kenyans Chumba, Chepkwony, Tola, Stephen Tum, Francis Kipkoech Bowen, Julius Arile, Ndiema, Peter Kosgei and Weldon Kirui - passed in 1:14:10. At that point the course record was in real danger.

Around 29 kilometres Chumba placed an attack and nobody could answer. In a fluent rhythm the Kenyan went on to build a wide gap over his opponents of whom Tola and Chepkwony were then the closest rivals. Chumba's split at 35K was 1:43:31. In the final kilometres it became clear that Chumba had taken too much of his power. The pace softened but he was never in danger. Finally he finished in 2:05:46 breaking the course record by a mere two seconds. With nine finishers inside 2:10:00 Eindhoven proved again to be a very fast Marathon.

In the women's race pre-race favourite Boonstra ran most of the race in company of the eventual winner, Ethiopian Aberume Mekuria, who left her Dutch rival just after the 35th kilometre and clocked a winning personal best of 2:27:20. It was Boonstra's six national champion title the first however on the Marathon. 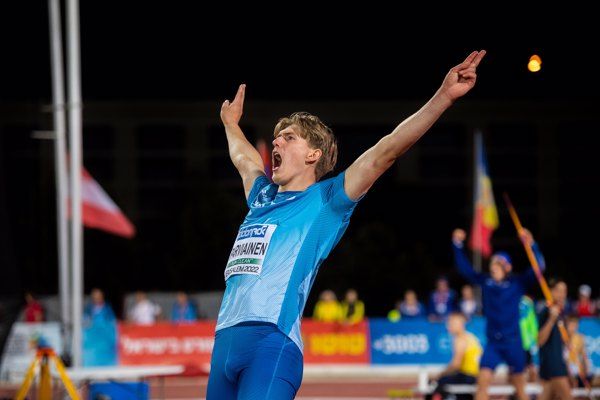