Wesley Kiptoo had led a large group through half way before Alex Masai moved to the fore and pushed the pace. It was NCAA cross country champion Conner Mantz who put in a kick at the bell but he was joined off the final bend by Robert Brandt, Abdihamid Nur and Dever, who then found a gap on the inside. Passing the trio, he surged down the home straight to follow in the footsteps of his fellow Briton Marc Scott who had won the 2017 title, celebrating with his arms spread wide as he reached the finish line.

“There was a lot of moving around and a bit of jostling in the pack and it was just a case of keeping calm,” said GB international Dever, speaking on the broadcast coverage. “I really wanted to save something for the home straight because I figured if it were to come down to that, I would need to be ready.”

It was only his third ever track 10,000m following his debut in May, and he took 46 seconds off his previous best. He is also set to race the 5000m in Eugene on Friday.

LSU’s JuVaughn Harrison was also among the athletes in action on day one and the double NCAA indoor champion leapt 8.27m (1.9m/s) to win the long jump and will return to contest the high jump on Friday.

California’s Camryn Rogers was the dominant force in the women’s hammer on Thursday (10), twice improving the US collegiate record to eventually win with a 75.52m PB. 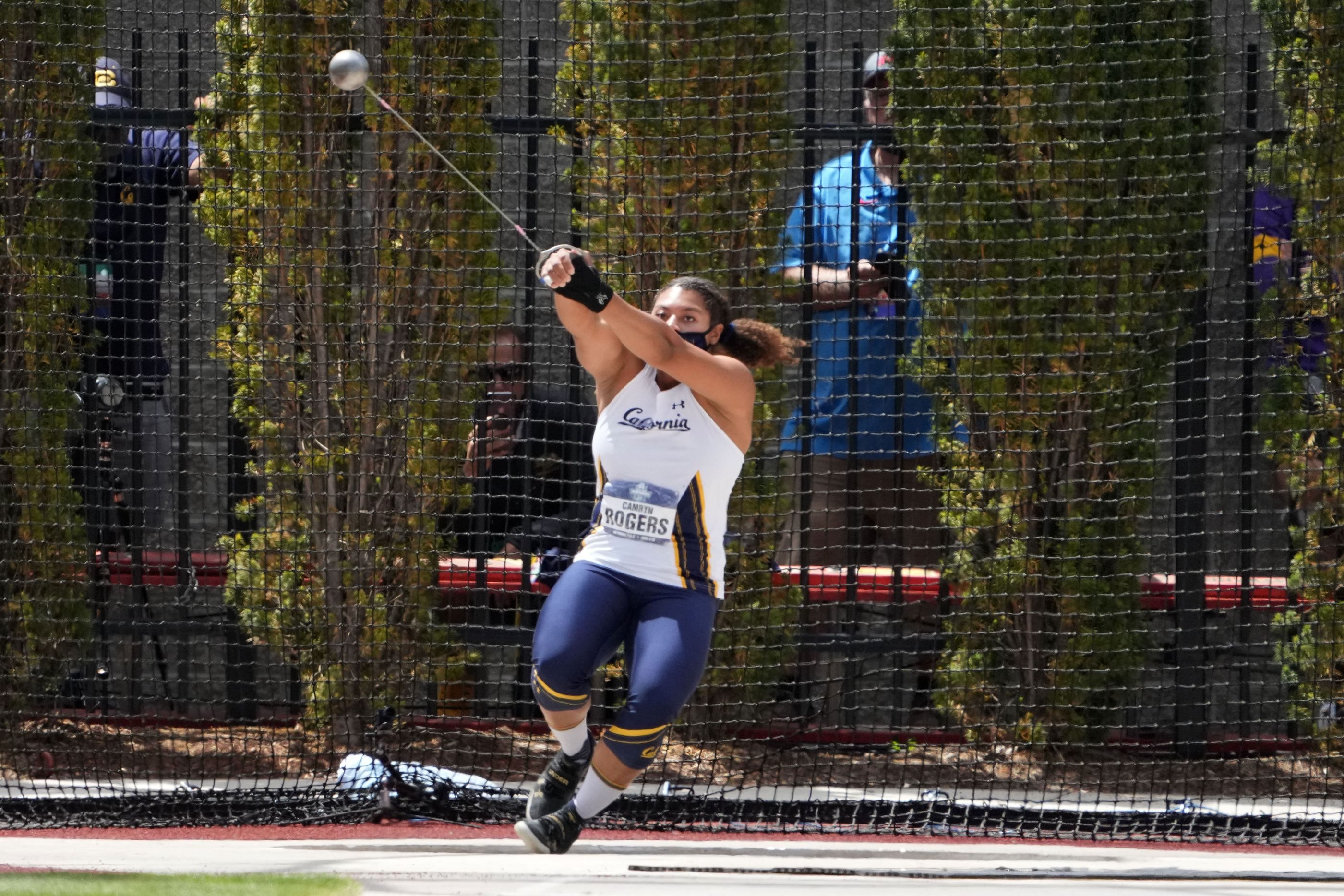 Adelaide Aquilla came close to 19 metres to win the shot put, throwing 18.98m in the final round, while Marie-Therese Obst’s 59.69m secured her the javelin title. Lisa Gunnarsson cleared 4.40m to win the pole vault.

Among those qualifying for the weekend’s finals was LSU’s Tonea Marshall, who ran 12.48 (1.1m/s) to win her 100m hurdles semifinal.

BACK
Pages related to this articleAthletes
Patrick Dever