World leads from Duplantis in Gothenburg and Miller-Uibo in Montverde

In one of the highest quality weekends of the 2020 outdoor season so far, several world and Olympic medallists were in action across Europe, North America and Asia.

Following an unbeaten indoor campaign and a 5.86m victory in Oslo last month, world record-holder Mondo Duplantis maintained his winning streak in the pole vault. The 20-year-old Swede, competing at the Bauhaus Jump Challenge in Gothenburg on Saturday (4), sailed over his opening heights of 5.35m, 5.50m and 5.60m on his first attempts. He then needed two tries at 5.70m, the height at which he effectively won the competition as Norway’s European U20 champion Pal Haugen Lillefosse topped out at 5.60m.

Duplantis then got over 5.85m on his first try and scaled a world-leading 5.94m on his third. That proved to be his best mark of the day as he ended his series with three unsuccessful attempts at 6.00m.

Compatriot Michaela Meijer won the women’s contest with a first-time clearance of 4.60m and went on to have three attempts at 4.82m. Opponents Angelica Bengtsson and Lisa Gunnarsson failed to get over their opening heights.

Shaunae Miller-Uibo and Noah Lyles were among the top sprinters opened their outdoor campaigns in Florida at the ‘Showdown in Otown’ meeting in Montverde on Saturday.

Lyles, contesting his first race since anchoring the USA to victory in the 4x100m at the 2019 World Championships in Doha, sped to a 9.93 win in his 100m heat, helped by a following wind of 4.0m/s. 2017 world champion Justin Gatlin was second in that heat in 9.99 and neither man went on to contest the final.

USA’s 2016 world indoor 60m champion Trayvon Bromell also impressed in the heats. The 2015 world 100m bronze medallist, who has been hampered by injury for the best part of three years, won his heat in 10.04 (1.6m/s), his fastest time since the 2016 Olympic final.

Rising discus throw star Kristjan Ceh won his specialty with a 65.27m effort and Neja Filipic captured the horizontal jump double with leaps of 6.49m in the long jump and 14.32 m(+2.2) in the triple jump.

The ‘Test Wedstrijd’ meeting in Arnhem was held in poor conditions on Saturday (4), but it didn’t seem to affect European U20 champion Femke Bol.

World champion Daniel Stahl did just enough to win the discus in Hasselby on Saturday. The Swede recorded three valid throws just beyond 66 metres, the best landing at 66.55m. Compatriot Simon Pettersson improved throughout the competition and ended his series with 66.32m, just 23 centimetres shy of Stahl’s winning mark.

With lockdown restrictions having now eased in Japan, several of the country’s top distance stars returned to action in Shibetsu on Saturday. 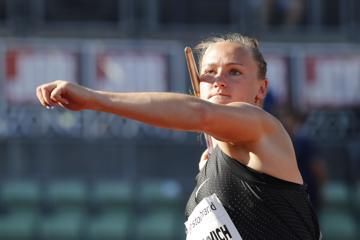 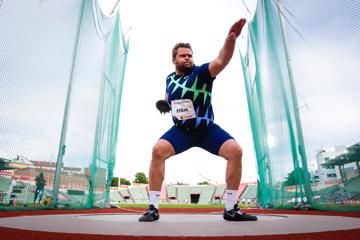 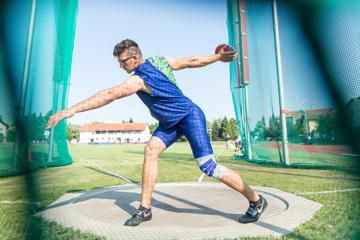 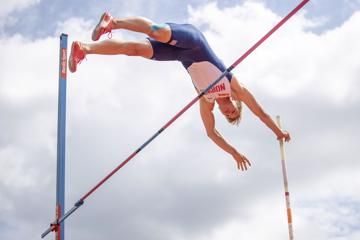