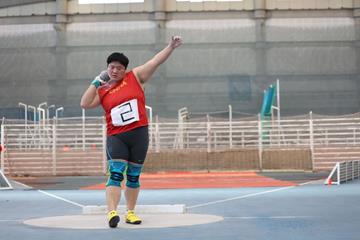 The meeting, hosted by Beijing Sport University, was the first indoor athletics competition staged in China since the breakout of the New Coronavirus forced the eventual postponement or cancellation of sporting events throughout the country. Organised primarily as a competitive opportunity for athletes that train at the university, no spectators were allowed into the venue.

The competition came just one day after Gong was expected to compete at the World Indoor Championships in Nanjing, which were postponed on 29 January due to the spread of the Coronavirus. The championships have been rescheduled for 19-21 March of 2021.

The Chinese Athletics Association has confirmed that other athletics meetings have been scheduled for April.