Hoffa and Hejnova among world-leading performers at Drake Relays

After an exciting first day of action in Des Moines, the Drake Relays staged another six ‘London rematch’ events on Saturday (27) – and produced several easy wins and five world-leading performances.

It could be argued that the two women’s hurdles races were the best of the ‘rematch’ events. Czech Zuzana Hejnova, bronze medallist in London, crushed the field in the 400m Hurdles with a smooth and powerful 54.41, leaving Olympic sixth-place finisher T’Erea Brown eight metres back in second with 55.27.

The 100m Hurdles was as close and exciting as the 400m Hurdles was not. Over the final hurdle, four of the world’s best were dead even, and only centimetres separated them at the line – Queen Harrison, who just missed the US team for London, leaned best and won in 12.71, with Olympic silver medallist Dawn Harper second in 12.74, bronze medallist Kellie Wells third in 12.78, and two-time World indoor champion Lolo Jones just missing out on the podium at 12.79. It was the best race of the meet.

The men’s Pole Vault turned out to be a real Olympic rematch between gold medallist Renaud Lavillenie and silver medallist Bjorn Otto – but this time Otto won. He squeaked by with a third-jump clearance at 5.70m, relegating Brad Walker’s 5.60m to second and Lavillenie to a third-place tie with Britain’s Steve Lewis at 5.50m.

Another ‘rematch’ winner was European indoor champion Ruth Beitia, who cleared a world-leading 1.95m in the High Jump to win from Levern Spencer (1.92m).

Aside from the 13 ‘rematches’ there were plenty of other excellent performances. One of them was Nick Willis, who won the Mile in a world-leading 3:55.70 that could have just as easily been sub-3:52. He broke away from a large field at the bell, opened up a 40-metre lead and then jogged down the home straight waving his arms and exhorting the crowd to stand and applaud. There were rumours that Willis was contemplating retirement; after this it ought to be unthinkable.

The meet drew attendance of approximately 38,000 over the two days, 26,000 of them for the two ‘rematch’ sessions. The overall combination of high-school, university and world-class professionals will almost certainly be back for at least two more years.

Jim Dunaway for the IAAF 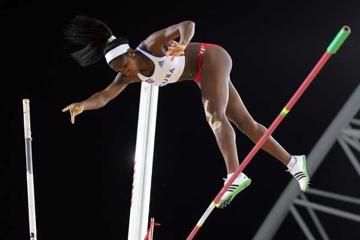 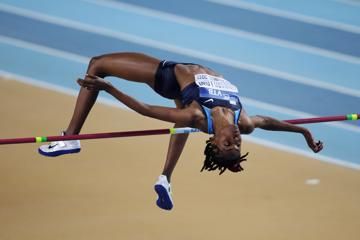