A reaction time – measured by sensors in the starting pistol and on the blocks – of less than 0.1 is deemed a false start and runners will be recalled, with the responsible athlete disqualified.

Once the race is under way, there is 13m to the first hurdle, 8.5m between hurdles thereafter, and 10.5m from the final hurdle to the finish.

The hurdles are knocked down easily if touched, which allows the athlete to continue the race even if she collides with them. A runner can be disqualified if she steps out of her designated lane. The finishing order is determined on time. 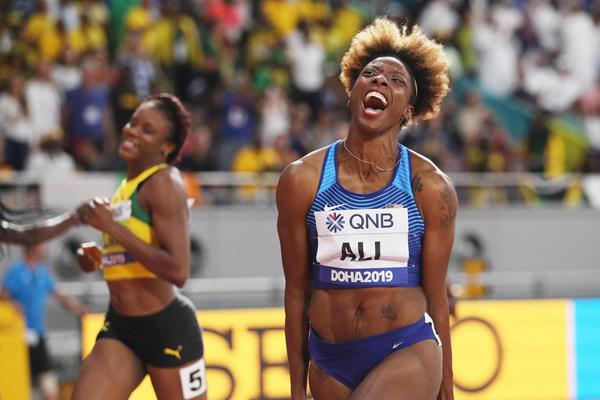 The event evolved from wooden barriers being placed along a 100 yard stretch, in England during the 1830s.

The inaugural Women’s World Games of 1922 featured the 100m hurdles, and a slightly truncated event made its first Olympic appearance over the 80m distance in 1932. The distance was increased to 100m at the 1972 Olympics.

The US won Olympic gold in this event in 1984, 2004, 2008 and 2016. It has provided many dramatic moments in Olympic history such as in 1992 when USA's Gail Devers held a clear lead until being knocked off balance at the final hurdle to miss out on a medal. Her compatriot Lolo Jones suffered a similar fate when leading in the 2008 final. She heavily struck the penultimate barrier, lost precious momentum and wound up seventh.