Competing on a 10km loop along the Mediterranean Sea, the men’s race started off fast with the five-man South African team running within world record pace. But the tight turns on the course soon put paid to any hopes of breaking Takahiro Sunada’s mark of 6:13:33.

Meanwhile, Yamauchi and USA’s Patrick Reagan opted not to run with the leaders during the early stages but always kept them within sight.

It wasn’t until 60km that Yamauchi entered the top five and he continued to slowly make his way through the field. Yamauchi went past Mthembu, his final opponent, on the last lap to take gold in 6:18:22.

Mthembu held on for second place, while Reagan finished strongly to take bronze.

Despite missing out on the individual victory, Mthembu led South Africa to the men’s team title with Japan taking the runner-up spot.

By contrast, the top three finishers in the women’s race were in the mix from the start.

Kim Mulder of the Netherlands set a fast pace at the start and led the race until the 55km mark when Kirstin Bull passed her. Bull had steady command at the front, while Croatia’s Nikolina Sustic and Britain’s Joasia Zakrzewski were locked in their own battle for second and third place.

Bull went on to win in 7:34:25. Further down the field, Sustic managed to shake off Zakrzewski at the 80km mark and went on to take the silver medal. Zakrzewski held on for the bronze medal.

Although none of their runners made it on to the individual podium, Japan won the team competition with a combined time of 23:23:14. Croatia took team silver ahead of the USA.

In total, 187 athletes from 37 countries competed in the championships.

BACK
Pages related to this articleAthletes
Kirstin Bull 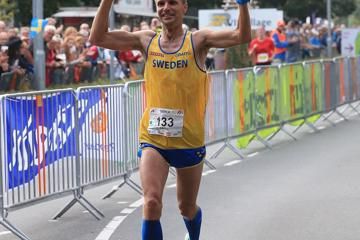 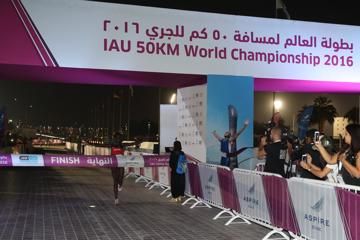 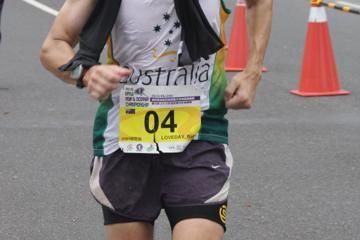