Kenya won the 2013 Chiba International Ekiden, a six-stage mixed road relay over the Marathon distance, for the third consecutive year and improved the course record to 2:03:59 on Saturday (23).

The feat eclipsed the previous record of 2:04:40 by another Kenyan squad in 2011 and, in contrast to the past two years, Kenya dominated the race from gun to tape.

The men ran stage one over 5km, stage three over 10km and the fifth stage was also over 10km; the women ran stage two and four, with both legs 5km, and the sixth and final stage over 7.195km. The conditions were good for fast running with the temperatures on the sunny day rising up to 15 degrees Celsius but with little humidity and almost no wind.

Furthermore, no one on the Kenyan team was worse than the third fastest on their own stage.

How the race unfolded

Stage 1 - Ebuya pushed the pace from the gun, breaking up the pack of 13 invited international and leading domestic teams very early into the race. Only Kenta Murayama of the Japanese Collegiate team, Japan’s Suguru Osako and Russia’s Egor Nikolayev of Russia stayed relatively close to Ebuya.

At around halfway into the 5km stage, Nikolayev and Osako dropped off the pace and only Murayama challenged Ebuya. However, by four kilometres, Ebuya was all alone in front, and soon Nikolayev passed Murayama to move into second place. Ebuya, with 13:32, was the fastest in the stage and followed by Murayama eight seconds in arrears after he re-passed Nikoyev in the final few metres of the stage.

Stage 2 - In the early part of the 5km second stage, Kenya’s Caroline Nyakagwa led from Ayuko Suzuki of the Japanese Collegiate team and Russia’s Natalia Aristarkhova. Nearing the halfway mark of the stage, Japan’s Risa Kikuchi passed the Russian to briefly move into third while Suzuki tried hard to close the gap on Nyakagwa.

At the end of the stage, Kenya led the Japanese Collegiate team by six seconds, with Suzuki the fastest runner on the stage after covering the 5km leg in 15:31. Behind the leading pair, thanks to a superb run by Moeno Nakamura, the Chiba Prefecture team moved up from ninth to third.

Stage 3 - In the early part of the 10km stage, Kenya’s Daniel Muteti continued to lead, followed by Yusuke Ogura of the Japanese Collegiate team. They were followed by New Zealand’s Zane Roberton and Japan’s Tsuyoshi Ugachi.

At around five kilometres, Ugachi and Robertson both caught Ogura and soon left him trailing in their wake. Muteti handed over eight seconds in front of his antipodean rival, with Robertson having run the fastest leg ever on this stage of 28:04, and Ugachi a further three seconds in arrears. By now, Russia was nearly a minute behind and the Japanese Collegiate team had fallen back to fifth.

Stage 4 - Japan’s Misaki Onishi quickly overtook New Zealand’s Melissa Duncan and started to chase Esther Ndiema in front, but the Kenyan leader ran a strong 5km leg in 15:47 and actually stretched her team’s lead by another six seconds. At the end of the stage, Kenya led Japan by 14 seconds while Duncan had a tough time on her stint and brought New Zealand home in third place but more than a minute behind Kenya. Russia and the Japanese Collegiate team remained in fourth and fifth places

Stage 5 - Edwin Mokua, still only 20, in many respects proved to be the star of the Kenyan team with a superb performance over the 10km leg in 27:59, more than a minute faster than anyone else, although it was a just a little slower than his memorable 27:43 outing on the same stage at the 2011 Chiba International Ekiden.

As Mokua sped away at the front, behind him Japan’s Yuki Sato was under pressure from Russia’s Anatoliy Rybakov Yuma Hattori of the Japanese Collegiate team, as New Zealand drifted out of medal contention. Towards the end of the stage, Rybakov passed Sato for second place but despite the Russian running a leg of 29:11, the second fastest on the stage, Kenya now had a huge 2:19 lead.

Stage 6 - The honour of completing Kenya’s triumph over the final 7.195km stage fell to Emily Chebet, but instead of taking it easy and coasting home, she decided to push hard and clinched the course record with a stint in 22:23, almost a minute faster than anyone else.

Behind Chebet, there was an enthralling battle for second place with Sayuri Oka overturning Russia’s six-second advantage at the end of the penultimate stage and finally taking second place after catching Liudmila Lebedeva and then dueling with her for several kilometres before finally pulling away in the closing stages of the race. 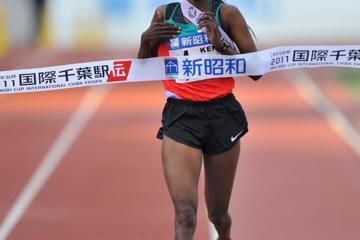 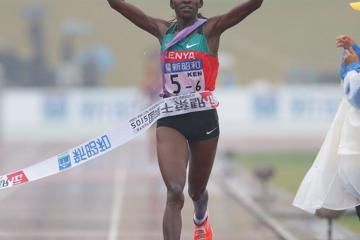 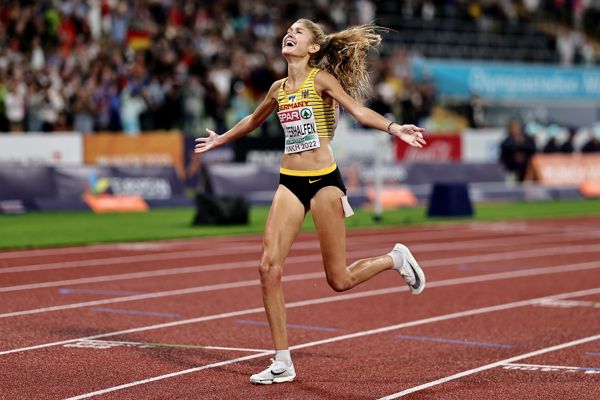