Austrian combined events star Ivana Dadic tallied 6235 points in a one-hour heptathlon in Amstetten, Austria, on Thursday (24) in an event marking one year to go to the start of the postponed Tokyo 2020 Olympic Games.

At the moment her performance is the second best tally in the world in this pandemic-ravaged season.

"It's difficult and hard work to do a heptathlon within two days. But within one hour that's just crazy," she said.

Dadic's performance was the best ever in this rarely-contested one-hour event. But Sabine Braun, a two-time world champion in the heptathlon, scored 6214 points in a 45-minute competition in Ingelheim, Germany, on 28 August 1993. Three other competitors also broke the 6000-point barrier in that competition.

Austria's two-time world U20 medallist Sarah Lagger was second with 5794 points and Geraldine Ruckstuhl of Switzerland third with 5000 points, a performance marred by a no-height in the high jump.

A crowd of 500 spectators turned out, the maximum allowed at the moment by Austrian authorities.

Mauricio Ortega of Colombia broke the South American record in the discus throw for the third time at a throws meeting in Lovelhe, Portugal, on Wednesday (22).

Ortega, 25, threw 70.29m to become the first South American to reach beyond 70 metres. He also shattered the previous Area record of 67.03m he set at the same Portuguese venue on 29 February, just a few weeks before the coronavirus pandemic lockdown began.

“I feel incredibly happy," Ortega told Consudatle.org. "Now the most important thing will be to maintain this same level. And I have all the confidence to do it."

The throw was also a 2020 world leader, edging him past world champion Daniel Stahl (70.25m) on the current season list.

Ortega's training partner Juan Caicedo of Ecuador also had an outstanding day, throwing 69.60m to finish second, an improvement of more than six metres from his previous national record of 63.31m, also set in that same 29 February competition.

Ortega and Caicedo are based much of the year in Portugal and Pontevedra, Spain, training under Cuban-Spanish coach Frank Casañas.

Karissa Schweizer of the US and Canada's Mohammed Ahmed clocked world-leading 1500m performances at a Bowerman Track Club Instraquad meeting in Portland on Tuesday (21).

Schweizer, a 5000m finalist at the World Championships last year, clocked 4:00.02 to knock more than two seconds from her previous career best of 4:02.81 set in Portland on 30 June.

Bob Ramsak and Olaf Brockmann (in Amstetten) for World Athletics 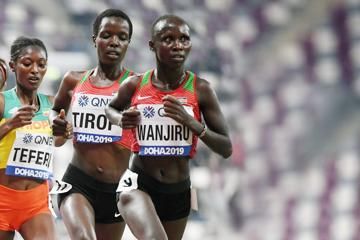 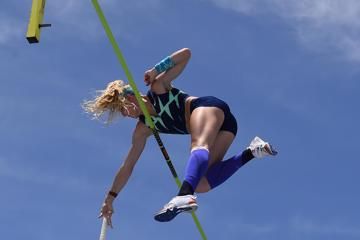 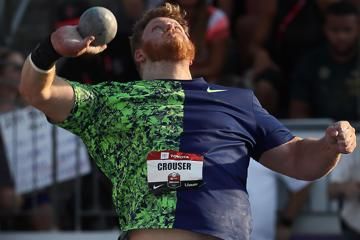 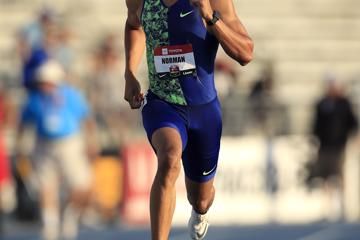