Andrea Mayr on her way to victory in Bludenz (© Organisers)

Austria’s Andrea Mayr dominated the first stage of the 2014 Mountain Running World Cup at the Berglaufteam Sparkasse Bludenz on Sunday (8).

Competing on home soil, the European mountain running champion left her opponents behind soon after the start and even caught up with half of the men’s field.

Her advantage grew with each kilometre that passed, and at the finish she was more than two minutes clear of her nearest challenger, fellow Austrian Sabine Reiner, 51:44 to 53:48. Even the third-place finisher, Italy’s three-time European mountain running silver medallist Valentina Belotti, was almost five minutes adrift of Mayr.

But Mayr’s success wasn’t a surprise – in her long career she got won six gold medals at major mountain-running championships and was the WMRA Grand Prix winner in 2010. She also represented her country in the marathon at the 2012 Olympics and competed in the steeplechase at two editions of the IAAF World Championships.

In stark contrast to the women’s race, the men’s race was much closer. A small group, headed by Italy’s European mountain running silver medallist Alex Baldaccini, broke away at the half-way point.

After passing 7km, with less than a mile remaining to the finish, the leading quartet opened up a 15-second margin over the chasing trio and then the real racing began on a steep narrow trail.

In the final 500 metres, Kenya’s Simon Muthoni forged ahead and crossed the finish line in 48:13, 23 seconds ahead of Baldaccini.

The organisers, chaired by local mountain running enthusiast Hubert Rodhammer, celebrated the 30th anniversary of the race on the new designed course which begins in the old city centre and turns into the forest before heading on to a picturesque trail with views to the Bludenz Valley.

Almost 200 runners form 12 countries took part on this challenging course. The conditions were good, if a little hot for this time of year. 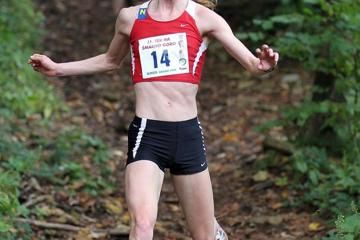 Arslan and Mayr cruise to victory on Smarna G... 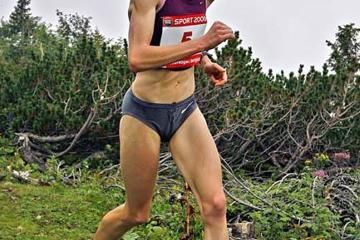