So much, so good, but the comfortable relay victory came at the end of a night on which a young Australian team pushed the All-Stars all the way before finishing just 30 points behind, 1080 points to 1050.

Even at the very end, Australia took a nip out of Bolt’s heels in a manner which illustrated how the innovative Nitro team concept works. The 4x100m was Australia’s ‘power play’ event, counting for double points in the scoring system. Teenage sprint start Jack Hale flashed home for third place, Australia’s power play bonus giving the home team 140 points to the All-Stars’ 100.

It was not enough to overhaul the All-Stars for the win, but it certainly kept things interesting all the way to the finish line of the final event.

“I really enjoyed it, even the elimination mile race for me was just spectacular," Bolt said. “For me, this is what I expected and over time we’ll figure out ways to make it better but it’s started off good and we’ll be looking forward to the weekend even better.”

Athletics has not managed to fill the boutique Lakeside stadium yet, and the first Nitro night fell just short again. But 7039 spectators against a capacity of just under 8700 was an encouraging result and the third and final night of the series next Saturday is already close to a sell-out.

Although there were fine individual performers and performances, it was the teams contest which grabbed attention. Three of the night’s 12 events were relays – the mixed 4x100, a 2x300m and a 3-minute challenge in which a female competitor ran as far as possible in three minutes, followed by a male teammate attempting the same task – and the results of other events were determined by adding together the performances of all team-members.

Australia got off to a crowd-pleasing start when Morgan Mitchell (200m), Luke Stevens (400), Anneliese Rubie (600) and Ryan Gregson (800) combined to beat England and China in a mixed distance medley.

The All-Stars finished a distant last in that event and when Mark Hollis failed to clear a height in the pole vault a few minutes later team captain Bolt was shaking his head.

Mitchell and Stevens also combined to win the 2x300, a far stiffer challenge on this occasion as the All-Stars were represented by the formidable duo of Christine Day and Kerron Clement.

The unconventional nature of the competition generated its own excitement. The men’s and women’s mile races were run as eliminations, with the last runner dropping out after each of the first three laps.

This turned the men’s event into an entertaining fartlek session which ended with Australian pair Matthew Ramsden and Jeff Riseley battling up the straight before Ramsden eased away to win, 4:09.02 to 4:09.98. the women’s race was more conventional, with Rio Olympic semi-finalist Linden Hall notching up a comfortable win for Australia in 4:36.90.

Asafa Powell, returning to the city where he won his only major championship victory at the 2006 Commonwealth Games, took out the 60m in 6.64 seconds, a metre to the good of Japan’s Kazuma Oseto.

There were two strong field events, with unlucky Olympic fourth placegetter Jarrion Lawson taking out the men’s long jump with a best distance of 7.94m from Fabrice Lapierre, a last round 7.89m, and China’s Zhang Yaoguang, 7.80m.

The All-Stars and Australia shared the majority of the victories, but New Zealand claimed three wins with Joseph Millar winning the 150m in 15.29, Kelsey Berryman taking the women’s 60 in 7.46 and Will O’Neill taking the ambulatory men’s 100m in 10.68.

Japan had its one win on the night when Mana Sasaki won the ambulatory women’s 100 in 12.26.

New Zealand showed out well early but lack of depth saw the Kiwis fall back to fifth place. China was third, Japan fourth and England sixth.

The series will continue with the second meeting on Thursday, 9 February and the third and final one on Saturday, 11 February.

All teams will contest the final, with the accumulated points deciding lane draws and competition order.

It will take a little while to assess the overall impact, but on first impression, Nitro Athletics has something different and entertaining to offer. 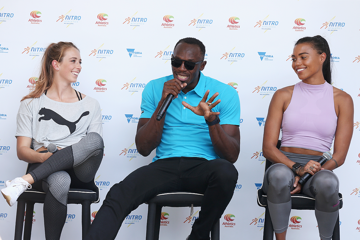 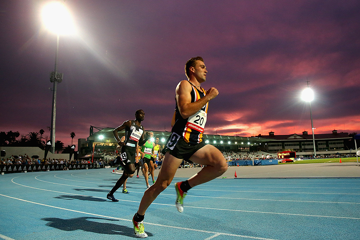 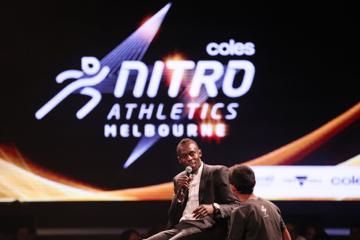