Four sprinters, in the same designated lane, each run 100m to complete a lap of the track.

During their individual legs they have to carry a baton that must be passed to the next runner within a 20-metre changeover box that’s situated 10 metre before and 10 metres after the start of each subsequent leg.

The outgoing runner runs at full speed (or close to full speed) with their arm outstretched behind in order to receive the baton. The incoming athlete will typically make a verbal sign to the outgoing runner when approaching the changeover box as a signal they are close to handover.

The quality of baton exchanges is typically critical to the outcome of the race and slick baton changes can compensate for a lack of basic speed. Failure to adhere to the baton-changing rules results in a team’s disqualification. Baton mishaps are a regular occurrence.

The first team across the finish line, baton in hand, wins.

Though the concept can be traced to Ancient Greece, where a 'message stick' was delivered via a series of couriers, modern relays emulate the charity races organised by the New York fire service in the 1880s, in which red pennants were handed over every 300 yards.

At the 2012 Olympics the US quartet of Tianna Madison, Allyson Felix, Bianca Knight and Carmelita Jeter wiped more than half a second from the women’s 4x100m world record mark, recording a blistering 40.82 to produce one of the highlights of the track in field programme in London. 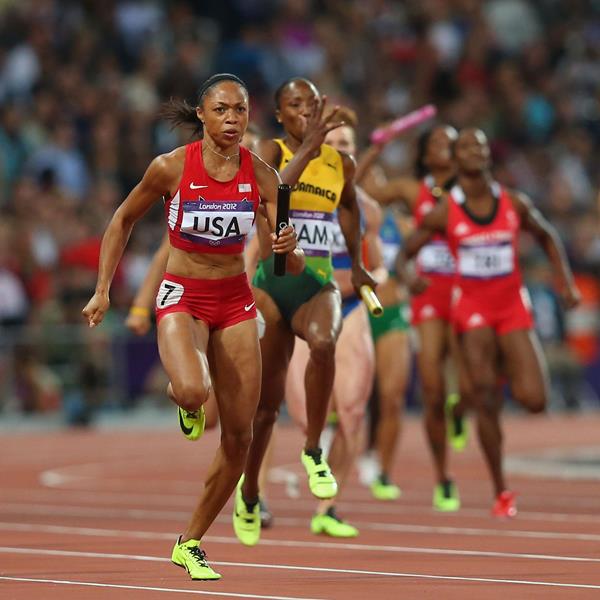