Russia’s Sergey Shubenkov recovered from a sluggish start to blitz to a world-leading mark of 7.49 to land the men’s 60m Hurdles title on an action-packed first day of the 32nd European Indoor Championships in Gothenburg, Sweden.

The rising talent from Siberia looked the class of the field going into the eight-man final after posting the fastest qualification times in both the first round and semi-finals, clocking 7.52 on both occasions.

However, a slow start out of the blocks put him behind the eight ball and for much of the race it was Italy’s surprise package Paolo Dal Molin who looked set for victory.

Shubenkov, the European outdoor 110m Hurdles champion, refused to panic and had just enough time to salvage what had looked to be a bleak situation.

Still trailing the Italian off the final hurdle, he surged home to stop the clock in a world-leading mark, trimming 0.01 from his lifetime best to snatch victory by 0.02.

Dal Molin clocked a national record of 7.51, hacking 0.07 from his previous lifetime best – which had been set in the semi-finals – to earn Italy’s first medal in this event at the European Indoors since 1986.

In a high-class final, World indoor bronze medallist Pascal Martinot-Lagarde of France equalled his personal best of 7.53 to occupy the third spot on the podium again.

Nevin Yanit set a Turkish record and European lead mark of 7.89 to take gold in the women’s 60m Hurdles final. The two-time European 100m Hurdles champion had chipped 0.04 from her national record with 7.94 in the semi-final to head the qualifiers and landed a decisive victory in the final by 0.05.

In a repeat of the 1-2 at last summer’s European Championships over 100m Hurdles, Alina Talay of Belarus equalled her personal best of 7.94 to secure silver. Veronica Borsi snared a second shock Hurdles medal for Italy inside just ten minutes at the Scandinavium Arena, posting a national record 7.94 for bronze.

Ida Antoinette Nana Djimou retained her Pentathlon title by just eight points – the narrowest winning margin in European Indoor Championship history – in what proved to be a thrilling denouement to the five-discipline competition.

The French athlete held an 88-point lead going into the final event – the 800m – having recovered from a below-par High Jump (1.75m) with quality performances in the Shot (15.35m) and Long Jump (6.32m). However, her nearest pursuer Yana Maksimava of Belarus produced a gutsy 2:14.84 performance to help her accrue a five-event personal best total of 4658pts.

Nana Djimou was not totally convincing, producing a modest 2:20.62 performance in the final event, but that was just enough to earn her the gold and enabled her to match the achievement of Swedish combined events legend Carolina Kluft as a back-to-back European indoor Pentathlon champion. Hanna Melnychenko of Ukraine (4608) took bronze.

In the day’s other final, Serbia collected their maiden European indoor title as Asmir Kolasinac produced a dominant performance to win with a best of 20.62m. Such was the European outdoor bronze medallist’s superiority, he boasted the longest four throws in the competition and after a second-round effort of 20.60m he never relinquished control.

Hamza Alic took silver with a personal best 20.34m in round four, securing a first ever European indoor medal for Bosnia-Herzegovina. Ladislav Prasil of the Czech Republic took the bronze with 20.29m.

Vicaut and Aregawi impress in qualifying

A dizzying schedule of qualification rounds were shoehorned into the opening day of action with perhaps the big surprise coming in the first round of the men’s 60m with the elimination of former champion and European record-holder Dwain Chambers.

The British athlete ran a modest 6.78 for fifth in heat two to make a premature exit. Leading the qualifiers for Saturday’s semi-finals was European 100m silver medallist Jimmy Vicaut (6.55) of France.

Great Britain suffered more disappointment in the men’s 800m as European leader Michael Rimmer finished third in his heat and was eliminated. Poland’s defending champion Adam Kszczot advanced into the semi-finals as the fastest qualifier.

Staying with the middle-distances, Sweden’s Abeba Aregawi, who posted the second fastest 1500m time in history last month in Stockholm, looked every inch a champion-in-waiting by qualifying quickest for Saturday’s final in 4:11.38.

European leader Hayle Ibrahimov of Azerbaijian caught the eye to lead the qualifiers for the men’s 3000m final, recording 7:50.59. Meanwhile, in the field there were few upsets in qualification. Russia’s defending champion Darya Klishina led the qualifiers in the women’s Long Jump with a best of 6.62m. The women’s Triple Jump saw World and European outdoor champion Olha Saladuha of Ukraine jump 14.47m – the best performance in qualification.

Meanwhile, European leader Aleksey Dmitrik made it comfortably through to Saturday’s men’s High Jump final while in the women’s Pole Vault the 2013 European No.1 Holly Bleasdale also advanced.

After four finals on the opening day in Gothenburg, the championships step up in intensity on day two with medals available in seven events. 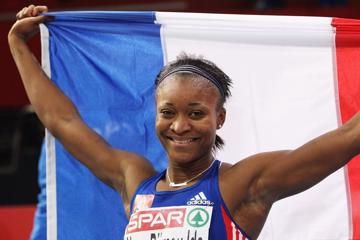 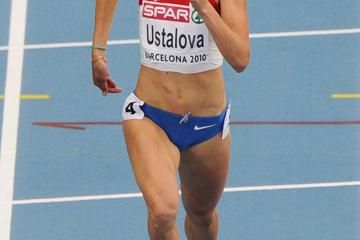