Peru’s René Champi and Ecuador’s Carmen Toaquiza grabbed the senior titles at the 32nd edition of the South American Cross Country Championships on Sunday (19) at the Parque Padre Hurtado in La Reina, a suburb of the Chilean capital of Santiago.

The event, which qualified its champions to the IAAF World Championships Kampala 2017 on 26 March, took place in 30C heat on an almost flat two-kilometre loop.

Champi, who finished just second over 5000m at the 2016 Peruvian Championships, surprised with his victory in the men’s 10km race, becoming the first Peruvian to win the men’s title. The 26-year-old, who has a 10,000m personal best of 29:45.49, closely followed Brazil’s four-time champion Gilberto Lopes and passed him in the final kilometre.

Champi clocked 30:46, beating his compatriot Walter Nina (30:51), while Lopes was third (30:53). Ecuador’s Christian Vasconez was also in contention and finished fourth (30:55). Peru dominated the team competition with 17 points, finishing comfortably ahead of Chile (31) and Uruguay (32).

In a perfect team effort, Ecuador dominated the senior women’s 10km race over the Peruvian athletes. 21-year-old Toaquiza took the victory in 35:36 while her compatriots Diana Landi (35:47) and Jessica Paguay (35:54) completed the podium.

Toaquiza, who finished third over 5000m at the 2016 South American Under-23 Championships with a personal best of 16:47.34, became the second Ecuadorian to win the women’s title, repeating the feat achieved by Graciela Caizabamba in 1991 at home soil in Ambato.

Ecuador also topped the team classification with six points, ahead of Peru (15) and Argentina (39).

Nascimento and Cjuro win U20 titles

Promising 18-year-old Brazilian Daniel do Nascimento was the clear victor of the junior men’s 8km race. Nascimento took his third consecutive title – making him the only athlete at his division to ever do that in the history of the championships – and demonstrated his total superiority.

A steeplechase finalist at the IAAF World Youth Championships Cali 2015, Nascimento is one of the most promising long-distance athletes emerging from South America. In Santiago he clocked 23:14, beating Colombia’s Carlos Hernández by more than two minutes (25:28). Peru’s Omar Ramos was third (25:52). Peru won the team race (16 points) over Uruguay (23) and Chile (34).

Eighteen-year-old Peruvian Rina Cjuro took the junior women’s 6km event, clocking 21:32. The Peruvian runners, traditional dominators of the division, have won 13 of the past 14 junior women’s races; in Santiago they took all four top places.

Cjuro, who finished eighth in the steeplechase at the IAAF World Youth Championships Cali 2015, won ahead of compatriots Sheyla Eulogio (21:40), Yulisa Champi (22:05) and Sonia Salazar (22:08). With six points, Peru won the team classification over Argentina (26) and Chile (29).

BACK
Pages related to this articleAthletes
Rene Champi 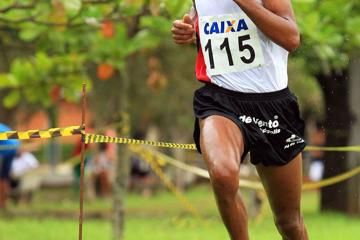 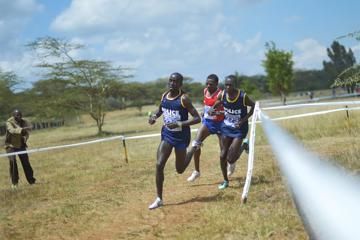