Trayvon Bromell continued his return to top form, dashing to a world-leading 9.88 (1.5m/s) at the North Florida Invitational on Friday (30).

The 2016 world indoor 60m champion, who won at last weekend’s World Athletics Continental Tour Gold meeting in Eugene, produced the fastest time of his career since the 2016 US Olympic Trials to win comfortably from Canada’s world and Olympic medallist Andre De Grasse and Nigeria’s Divine Oduduru, both timed at 10.05.

Bromell’s winning clocking is just 0.04 shy of his lifetime best and follows on from his impressive indoor form, having clocked 6.48 for 60m in his first competition of 2021.

The wind was slightly over the allowable limit for the women’s 200m, but Blessing Okagbare’s 22.03 victory was no less impressive. The world and Olympic medallist dominated the race, winning by 0.8 from Alfreda Steele.

The wind blew the other way for world indoor record-holder Grant Holloway, but the world champion won the men’s 110m hurdles regardless, stopping the clock at 13.22 (-2.0m/s). Trey Cunningham was a couple of strides behind in second place (13.48). World U20 record-holder Brittany Anderson won the women’s 100m hurdles in 12.91 (-0.8m/s).

World leader Tara Davis continued her recent run of good form to win the long jump at the Texas Invitational in Austin on Friday (30).

On Saturday (1), world record-holder Keni Harrison improved her season's best to 12.48 (-0.3m/s) to go quickest in the 100m hurdles ahead of Davis (12.75) and move to second on this summer's rankings behind Jasmine Camacho-Quinn, who clocked 12.32 in Florida in April.

In her first competition for almost two years, Poland's hammer great Anita Wlodarczyk returned with a throw of 73.87m in Antalya, Turkey, where she has been training.

The world record-holder with 82.98m, who has won two Olympic and four world titles, underwent knee surgery in 2019 and has focused on her rehab and training since, as she targets the Olympics in Tokyo. She will next compete at the European Throwing Cup in Split, Croatia on 8-9 May.

Less than a month after Britain's Beth Potter ran 14:41, Norway's Karoline Bjerkeli Grovdal joined her in posting a fast 5km time which is quicker than the official world record, but like Potter's mark it may not be eligible to be ratified as a world record.

Running in a mixed race in Disena in Norway on Saturday (1), Grovdal clocked 14:39 which, if ratified, would improve Beatrice Chepkoech's world record by four seconds. There were reports, however, that the course may not have been officially certified for record purposes. 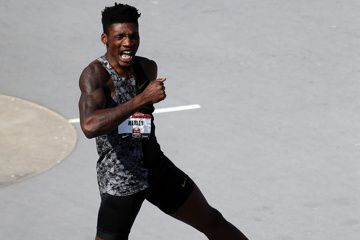 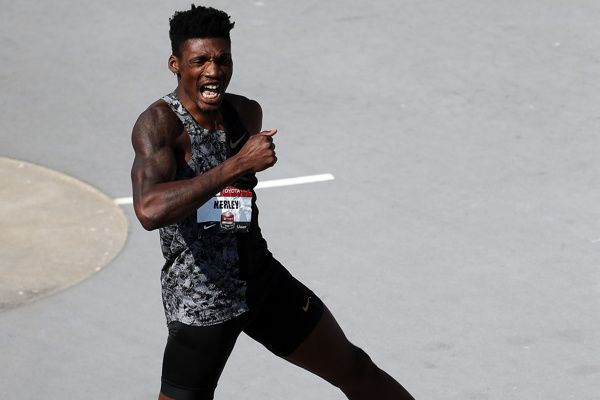