Suhr and Gatlin post world-leading marks at US Championships

Olympic pole vault champion Jenn Suhr kept the crowd happy when she propelled herself over a world-leading 4.82m before having three unsuccessful tries at what would have been a US record of 4.93m in Eugene on Sunday (29).

The world indoor record-holder had effectively clinched her seventh US outdoor title with a first-time clearance at 4.70m.

“I’m still working on a lot of things," said Suhr. "It’s a challenge peaking for Worlds, because you’ve also got to peak for this meet. You need to be on your game and you won’t be going to worlds."

After a silver medal at the 2013 IAAF World Championships in Moscow two years ago, and having never won a world title indoors or out, Suhr will go to Beijing later this summer as the favourite for a gold medal, which will hang alongside the one she won in London.

Justin Gatlin won the 200m in a personal best of 19.57 which was also a world-leading mark as well as a stadium and meeting record.

Joe Kovacs won a classy shot put competition and successfully defended his US title with 21.84m as three other men went beyond 21 metres.

The 2009 world champion Christian Cantwell made his fourth World Championships team with 21.64m while Jordan Clarke will make his debut at the event after finishing third with a personal best of 21.49m.

One man to surprisingly miss out was two-time world indoor champion Ryan Whiting who could do no better than seventh with 20.79m. It will be no consolation that nobody has ever put so far but finished so low down the results.

Shamier Little, wearing what has now become a familiar neon-green bow in her hair, was just short of her world-leading 53.74 set on the same track when winning the NCAA crown two weeks ago but took the 400m hurdles title with 53.83.

"There was a lot of commotion on the final turn. People were hitting hurdles, one girl fell," said Little. "I told myself, ‘OK, the race begins now'."

Behind her, Cassandra Tate made another big improvement. After running a personal best of 54.51 in the semi-finals, Tate sliced exactly half a second off her best when finishing second in 54.01.

World 110m hurdles champion David Oliver showed that he is rounding nicely into his best form ahead of Beijing by winning his specialist event in 13.04, having set a season’s best of 13.08 earlier in the day as the fastest man in the semi-finals.

Behind Prandini, Candace McGrone took second in 22.38 and Jeneba Tarmoh third in 22.44.

In fourth place was world junior champion Kaylin Whitney, who is still only 17 and who set a world youth best of 22.47, shaving 0.02 off her own mark she has clocked on two previous occasions.

Omar Craddock won the men’s triple jump with 17.53m ahead of two-time world bronze medallist Will Claye, who had a best of 17.48m.

Long jump winner Marquis Dendy also qualified for the US team in the triple jump after finishing third in 17.23m.

All three men, as well as Christian Taylor who won last year’s Diamond Race and will also compete in the Beijing triple jump, are products of the University of Florida.

Barbara Nwaba won the heptathlon, part of the IAAF Combined Events Challenge, with 6500 points prevailing over Sharon Day-Monroe by just 42 points after the pair had battled for supremacy since the third event.

Evan Jager won his fourth US title in the 3000m steeplechase as he took control with a kilometre remaining and unleashed his signature kick to win in a meeting record 8:12.29. Donn Cabral set a personal best of 8:13.29 for second place.

Symmonds was in last place at the bell as Duane Solomon went through 400m in 49.76.

"When Duane said he's going to make the race honest, it helps me out a lot. If I'm going to go from eighth to first, it's a lot easier to do that in the outside of lane one than in lane three trying to battle bodies."

One year after giving birth to her daughter, and famously running in the championships 12 months ago while seven months pregnant, Alysia Montano captured her sixth US 800m title in 1:59.15.

The US contingent for Beijing will be the same three women that went to the 2013 World Championships in Moscow. Brenda Martinez finished in second in 1:59.71 as Ajee Wilson closed for third place, wearing just one shoe, in 2:00.05.

"I really don’t think that I would’ve been able to do such an amazing feat and winning another championship after pregnancy," said Montano. "I didn’t think a national championship would happen this soon."

The 2011 world champion Jenny Simpson had little trouble coming home faster than everyone else down the home straight of the women’s 1500m to win, albeit in the modest time of 4:14.86. 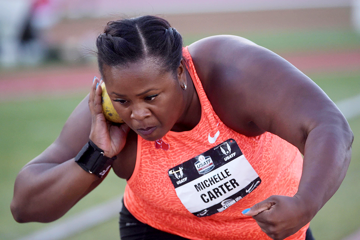 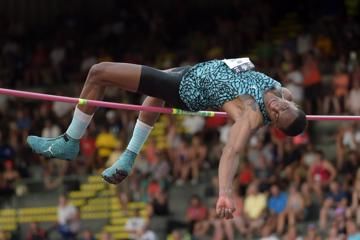 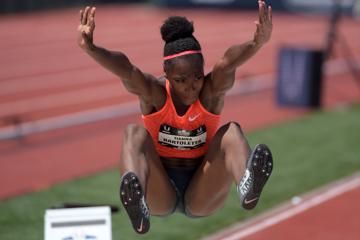 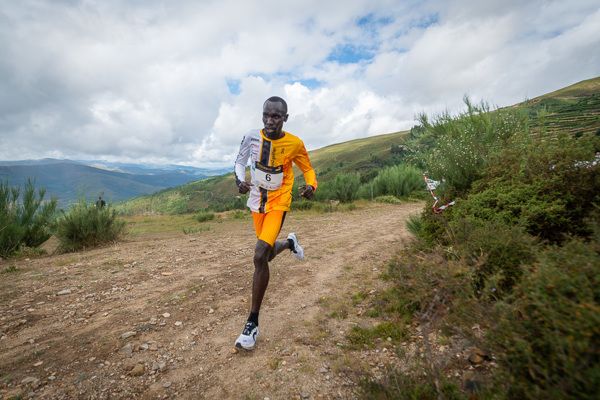