Pole vaulter Armand Duplantis snared his first global gold medal by winning the 2015 world U18 title in Cali, Colombia. Here the Swedish international, who earlier this year set a world U20 record, reflects on his memories of that experience.

In many respects Armand Duplantis was destined for athletics excellence. His US father, Greg, was a 5.80m pole vaulter and his Swedish mother, Helena, a former heptathlete.

So it was no great surprise that after taking up the pole vault aged five he would prove somewhat of a prodigy, setting his first world age best at seven years old – a trend which would continue each year through to the age of 12.

In 2015 he targeted the IAAF World U18 Championships as the principle target of the season, but the man from Lafayette in Louisiana had his heart set on competing for Sweden, his mother’s homeland.

“I grew up with my mom showing me pictures of her competing in Sweden and she always talked about track to me when I was younger,” says Duplantis. “So I wanted to compete for Sweden.”

His form in 2015 was highly promising. He posted a couple of indoor PBs early in the year and a lifetime best clearance of 5.28m in Natchitoches – a performance which ranked him No.2 in the world going into the World U18 Championships in Cali.

The 15-year-old vaulter had set high ambitions in Colombia.

“I wanted to win the gold medal,” he explains. “I was one of, if not the, best pole vaulters there. If I had a good meet, I thought I had a good chance of winning.”

Bonding well with his Swedish teammates in Cali on his international debut, he tried to approach the championships like any other.

“I was pretty nervous, but with a good adrenaline,” he says. “I was very comfortable with every jump and I’m usually a very confident pole vaulter, so I knew what I was capable of.”

Qualification proved straight forward as successive first-time clearances at 4.90m and 4.95m ensured a safe passage through to the medal round.

On the day of the final, he recalls being his usual relaxed self, playing FIFA video games with his roommate, Max Hrelja, who went on to finish fifth in the 110m hurdles final.

“It relaxes me,” Duplantis says of the popular football video game.

During the final Duplantis suffered an early blip at 5.00m, needing a second-time clearance to advance to the next height, but the Swede quickly rediscovered his rhythm.

Only three boys remained in the fight for gold at 5.30m. Emmanouil Karalis was the first to bite the dust as two failures at 5.30m – the Greek had earlier failed his first attempt at 5.25m before passing at the height – proved terminal to his gold medal ambitions.

Duplantis continued his near flawless competition with a first-time clearance at the championship record height of 5.30m, but victory was not yet his as Vladyslav Malykhin of Ukraine wriggled over 5.30m – a third successive height he cleared at the second attempt.

“When I cleared 5.30m it was an exciting moment for me because I felt like it might be enough (to win gold),” adds Duplantis. “I felt like I had it more in control than he (Malykhin) did but the Ukrainian was still in my mind.”

Both tried unsuccessfully to clear 5.35m, but Duplantis had secured gold on countback.

Describing winning gold as an “incredible feeling”, he recalls his pride at receiving his gold medal from Ukrainian pole vaulting legend Sergey Bubka and remembers an amusing conversation between the pair on the podium.

“I think I still had my game-face on when I received my medal,” he says. “He told me to relax and smile, which I thought was kind of funny.”

Since winning gold in Cali, Duplantis’s career has gone from strength to strength. In 2016 he set a Swedish U20 record of 5.51m and landed bronze at the World U20 Championships in Bydgoszcz.

This year he has developed into a world-class vaulter and in April he bettered his world U20 record with a stunning 5.90m at Texas Relays – remarkable for a vaulter who only celebrates his 18th birthday in November.

The Swede may be set for a stellar career but he reflects fondly on his World U18 Championships experiences which acted as a springboard for his future success.

“Winning in Cali convinced me that I could compete at the international level and made me feel very comfortable (in this environment),” he says.

“I would advise anyone competing at this year’s championships (in Nairobi) to relax and enjoy the experience.” 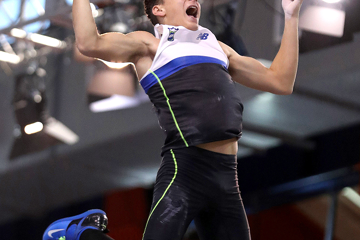 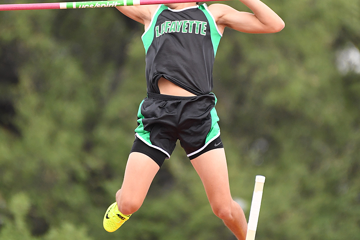 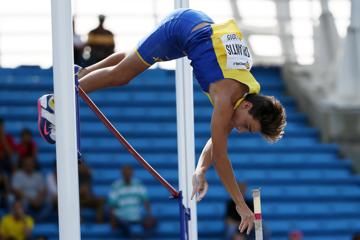 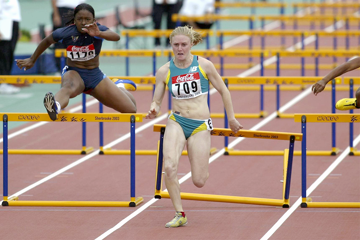