Seven-time global champion Brittney Reese has been the most dominant long jumper of her generation. Here the US athlete talks about a few firsts of significance.

It was my high school coach, Prince Jones. He was a great coach, a great disciplinarian. He was a great guy and a real father figure to all the girls he coached. He was not only a coach but also an athletics director and I really appreciate the role he played in my career for my first four years in the sport. I started out as a sprinter, but he was the guy who introduced me to the long jump.

It was at high school and I remember I won with a jump of about 16ft (4.88m). I was aged 16 and sprinting at the time and I recall coach brought the basketball team out to find a long jumper. The motivation during that first ever long jump competition was that whoever jumped the farthest was bought a Coca-Cola. Once I had this goal in mind, nothing was going to stop me.

I played basketball from the age of about 10. I went on to play at community college and I probably could have played at a four-year college, too. I had dreams of competing in the WNBA and I played shooting guard, where I did a little bit of everything. In the end it was mum who said I had to decide between basketball and track. I was aged about 19 or 20 at the time, and it has proved the right decision. I look back on my time in basketball and think it was very helpful for my athletics. The motion of a basketball lay-up is similar to jumping because of the way the knee drives forward,

It was the 2007 IAAF World Championships in Osaka. I remember I was so scared and nervous beforehand, I am not going to lie. It was my first time overseas and I remember I finished eighth. I was terrified, I didn’t know anybody. Looking back, it was a blessing to be given the chance to travel overseas and to compete on the international stage.

That came when I struck gold at the 2009 IAAF World Championships in Berlin. The previous year I had finished fifth at the Beijing Olympics and I said after that performance there is no way I’m not going to win a medal at that next World Championships. That was my dream, so I was so happy to accomplish that feat. It was one of my best ever performances (Reese won with 7.10m, a PB at the time).

That was when I was at Ole Miss (the University of Mississippi) around the time of the 2008 Olympics in Beijing. I was interviewed and filmed in part for the school and for a TV station. I remember it being a big deal at the time.

Jackie Joyner-Kersee (three-time Olympic champion) for her passion and drive to compete. She would always do whatever it took to win. I looked up to her because she had this huge will to win and I pride myself on having that same kind of motivation. I too do whatever it takes to win and work that extra bit hard.

It has to be shoes. I’m big on shoes and it was probably a pair of Air Force 1 shoes. Back in the day I was a big Air Force 1 fan. At the time everyone was wearing them. I bought all the trends of the day. I am a shoe fanatic. I just love shoes.

A Rebecca Lobo Barbie Doll. It had a little magnet on the hand and if you pressed it, she shot a basket. I remember being on my grandmother’s front porch aged eight or nine playing that.

It had to be spaghetti. I like pasta and I would have been aged about 12.

My first ever car was a hand-me-down 1997 Oldsmobile Bravada given to me by my sister. The first car I ever paid for was a Cadillac CTS. I bought it in 2011 after my World Championship win in Daegu. It was a really good car, but it was a write-off with the damage sustained in a hurricane.

I had a dog named Princess. She was a cocker spaniel mix. She was a great dog; very protective and she barked a lot. 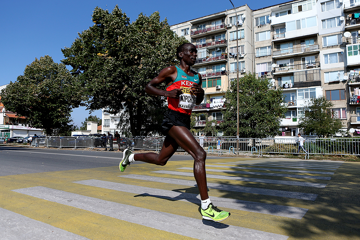 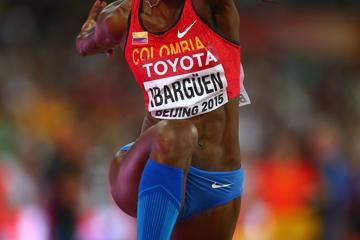 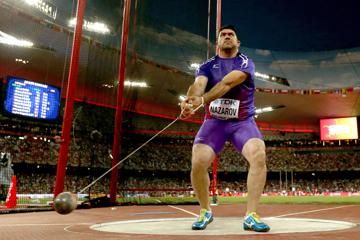